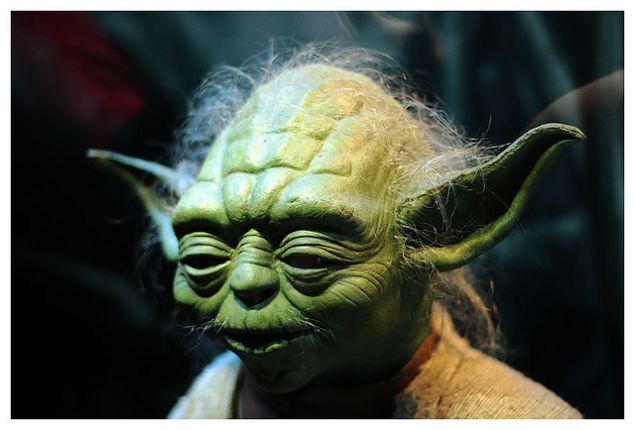 To celebrate the coming release of Star Wars: The Force Awakens, the site unveiled a hack to send your computer screen to another galaxy.

Simply Google “a long time ago in a galaxy far, far away” and the results will appear in the style of the Star Wars credit crawl. And if you have the sound on, you’ll also hear John Williams’ iconic score for the film played in the background: 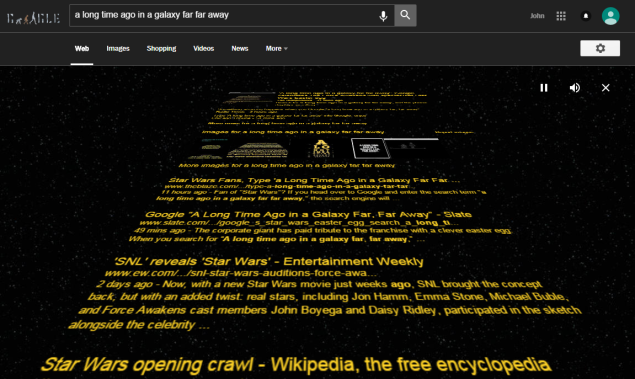 This rolling text effect is just one small part of Google’s Star Wars blitz. The search engine partnered with Lucasfilm and Disney to build a site, google.com/starwars, specifically for fans of the franchise, where they can join the light or dark side and see their Google apps transform accordingly.

We’ve reached out to Google and will update this story if they respond. 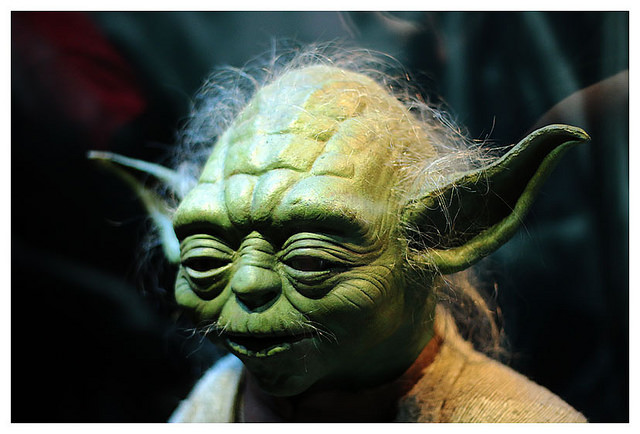