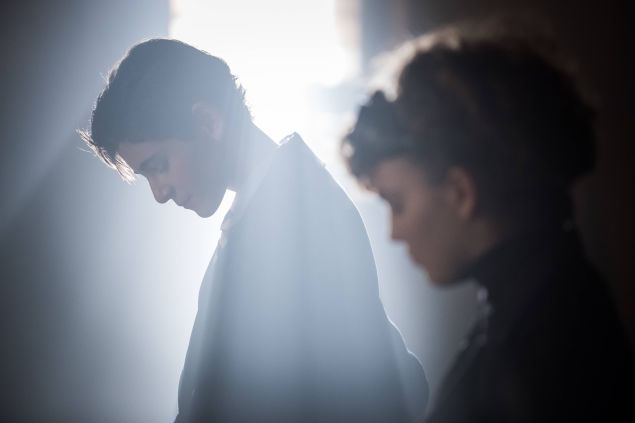 Since it was a plot point that took up approximately 2% of this episode, let me get out of the way immediately that Eddie Nygma and Oswald Cobblepot as a bickering couple is the best part of this show now, I welcome it with open arms, and I would like an image of Cobblepot asking Nygma about the spicy mustard engraved on my tombstone.

Truth be told, there was a whole lot to like about ‘The Son of Gotham.’ Right toward the top of that list is young Bruce Wayne finding not just his father’s letter in that cave but a massive pair of brass balls. I’m not sure where this character development came from, actually, but Bruce and Selina putting their 14-year-old minds together to orchestrate an incredibly elaborate ruse was…just ridiculous enough to work? The presence of Tommy Flanagan as a Scottish sociopath with the super clever name The Knife definitely helped, if for no other reason than Flanagan looked like he was having the time of his life. I don’t know. There are so many dangling questions that you know this show is never going to answer — billionaire orphan Bruce Wayne hired a contract killer to play a practical joke and expects no one to find out about it? — but in the context of this bananas little Batman show, it works. It’s relieving to see Gotham transitioning Bruce into the person we could actually see becoming Batman, instead of shrugging its shoulders and saying “no trust us, he gets karate lessons at some point.” Not only that, it’s using a relatively subtle hand to do so.

Selina: “I’m gonna steal one of your cars to take to the city, cool?”

That small interaction was the most genuine Batman and Catwoman moment this show has ever pulled off, and without a bat pun or milk bottle in sight. Although, moments before that we got “I was just glad to see that two-faced bitch get served.” Whoever is in charge of editing Selina’s dialogue to sound “cool” needs to go lay down for a while.

In other genuinely delightful news, turns out Theo Galavan is a goddamn ninja. Well, not exactly. But once freed from Blackgate and with Jim in his grasp, Theo adds another layer to this whole Order of Saint Dumas thing by revealing membership comes with more than a bloody cross on your forehead — there’s the added bonus of being able to soundly beat Jim Gordon’s ass.

I’m still not exactly sold on this entire story-line, seeing as all we’re going on is a vague prophecy about killing “the son of Gotham,” and the artist formerly known as Galavan being real, real pissed his family’s name was removed from some park benches. But if this show proved anything to me, it’s that most gripes about storytelling can be remedied by the image of James Frain roundhouse kicking Ben McKenzie in the face.

As always, let’s run down every reference, fact and nugget of Bat-history brought up in Season 2, episode ten, “The Son of Gotham.”

The legitimacy of Malone, the name Silver St. Cloud offers up as the Wayne killer, remains to be seen. But there is in fact a Malone from the comics…Matches Malone to be exact. Matches was a common criminal in Gotham City, dabbling in insurance fraud, arson, and a little light assault. Nothing huge. He also just happened to be Bruce Wayne in disguise.

There was, at one point, a real Matches Malone. Unfortunately, he tried to shoot Batman and was hit by his own rebounding bullet. Womp womp. On the bright side, his death did lead to this comically over-dramatic reaction from a random chef. 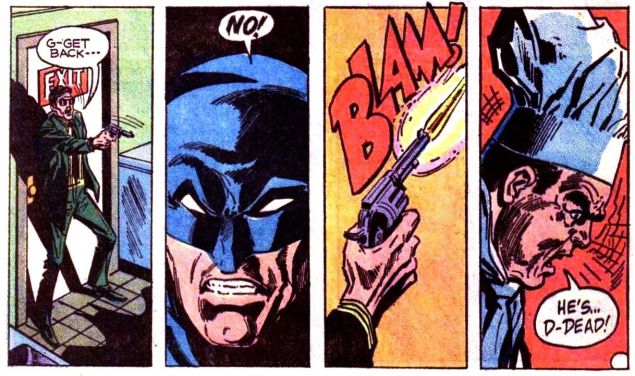 Never one to turn down an opportunity to exploit death, Bruce occasionally took on the persona of Matches in order to ingrain himself into Gotham’s criminal underworld. And honestly, I hope this situation on Gotham with Bruce hearing the name Malone just melds into the time Bruce’s son Damien went undercover as Lil’ Matches, because tell me you don’t want to see Gotham‘s David Mazouz dressed exactly like this. 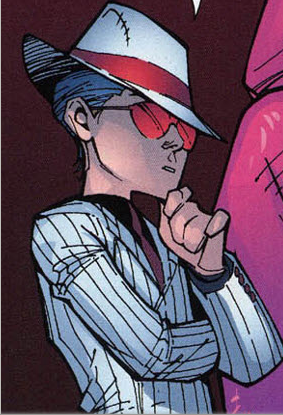 THE ORDER OF ST. DUMAS (again)

We’ve already gone over The Order of Saint Dumas here, their history and all that. But it’s interesting to note Gotham’s take on the Order seems actually more like an amalgam of numerous Gotham City secret societies. The cross on the forehead and the robes is all Order of St. Dumas, true. But the daggers, the group stabbings, and especially the way that Order member pulled the knife out of his own stomach in the massage parlor are reminiscent of the undead Talons in The Court of Owls. 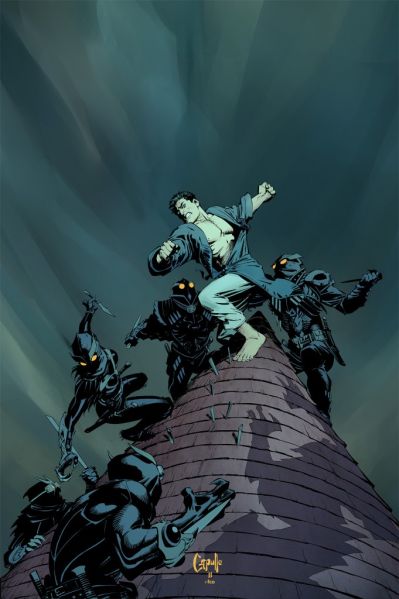 As for Galavan’s apparent ass-kicking skills? That’s got League of Shadows written all over it, a call back to a simpler time when I was convinced Galavan was actually Ra’s al Ghul. This all gets a little wrinkly when you remember Gotham creator Bruno Heller has already strongly hinted both Ra’s and the Court of Owls will show up at some point.

With only one more episode left until the Fall finale, are we being set up for a big twist? A switcheroo? A Jerome-level death of a canon character? Either way, things on Gotham are heating up. And you know who thrives on heat? That’s right.