In the wake of news that one of the Paris attackers held a Syrian passport and entered Europe legally as a refugee, the governors of 26 U.S. states have announced that they would block Syrian refugees from resettling within their states, a move that is not only illegal (resettled refugees can move freely in the U.S.) but once again rests on a mistaken faith in borders–and in immigration categories that don’t reflect reality.

Leading the charge in issuing a statement vowing to reject Syrian refugees was Michigan Governor Rick Snyder in what amounts to a stunning about face. Just last year, during his push to create a regional visa program to funnel immigrant workers into a bankrupt and underpopulated Detroit, he said: “Let’s send a message to the entire world: Detroit, Michigan, is open to the world.” Apparently it’s only open to a certain kind of immigrant.

Gov. Snyder wants highly skilled immigrants and wealthy immigrant investors–good immigrants. Other cities, notably Utica, have actively pursued resettled refugees as part of their urban renewal strategy. Of course, many highly skilled and educated people arrive as refugees, unauthorized migrants, or are trapped in visa categories that won’t allow them to work. How someone arrives or their visa category doesn’t necessarily correlate with their skill level or economic power. A 2000 Hamilton College study found that while investing in refugees can be costly up front, it has infused the once stagnating Mohawk Valley region with sorely needed labor and economic energy.

There are more migrants than at any other time in history, more refugees than ever before, and yet there are fewer legal, safe pathways for entering the U.S. and Europe. Traffickers have been more than happy to step in.

Gov. Snyder is not the only one to take a narrow view of what makes an immigrant desirable – or undesirable. Many of the governors vowing to block Syrian refugees join Gov. Jeb Bush and Sen. Ted Cruz in advocating for a religion screen in the resettlement process, on the basis that Muslims but not Christians pose the greater security threat. This view is of course undermined by the fact that homegrown terrorists have proven deadlier than Islamist militants on U.S. soil since September 11, 2001. Others believe that refugees fleeing war are worthy but unauthorized migrants seeking opportunities are not.

Increasingly, the lines between refugee and migrant, and between different categories of migrant are blurring. Many highly educated people in the U.S. and Europe are unauthorized, or trapped in visa categories that won’t allow them to work. If the news of this Paris attacker’s passport status shows us anything, it’s that different types of people–refugees, unauthorized migrants and criminals alike –are move through the same channels.

The proper response to this new reality is not to increase border security. In fact, the case could be made that the Paris attacker passed through a border control system that was doing exactly what border control should and can do–he was fingerprinted and documented and his date and point of entry were confirmed within 24 hours of the attack. But the presence of one known terrorist among the millions of people who are themselves fleeing from terror and militant violence should not prompt us to weaponize immigration policy and close borders to refugees. What we need are distinct strategies for addressing terrorism and migration.

There are more migrants than at any other time in history, more refugees than ever before, and yet there are fewer legal, safe pathways for entering the U.S. and Europe. Traffickers have been more than happy to step in and offer illicit passage. Global trafficking channels that have grown and proliferated in the last 15 years. Even as citizens of the U.K. become suicide bombers in Israel or Syria, as French-born citizens run away to become child brides of ISIS militants, surveillance and racial profiling has broken the trust between many Western governments and the immigrant communities that might be allies in combating radicalization in their midst. Migrant deaths in border crossings worldwide have reached the level of global humanitarian crisis.

Even if ineffective border screening were the culprit behind the Paris attacker’s admission into Europe, refugee resettlement in the U.S. is a very different animal than the massive influx of refugees attempting to enter Europe. The refugee resettlement program is closely controlled and managed over the course of many months, even years. Less than one percent of the world’s refugees even clear the U.N.’s eligibility process for resettlement, and those resettled in the U.S. must undergo extensive security clearances and other counseling and education programs overseen by an authorized resettlement agency. If anything, the 15,000 Syrian refugees we pledged to resettle is a laughably small drop in the wave of 7 million people who have been displaced by the bloody Syrian war.

In today’s world, in which terror networks exist in both real and virtual space, in which citizens in Western countries are recruited to join militant movements in distant lands, in which people from those lands are fleeing those same terrorists, it makes no sense to try to keep terror out by closing borders. 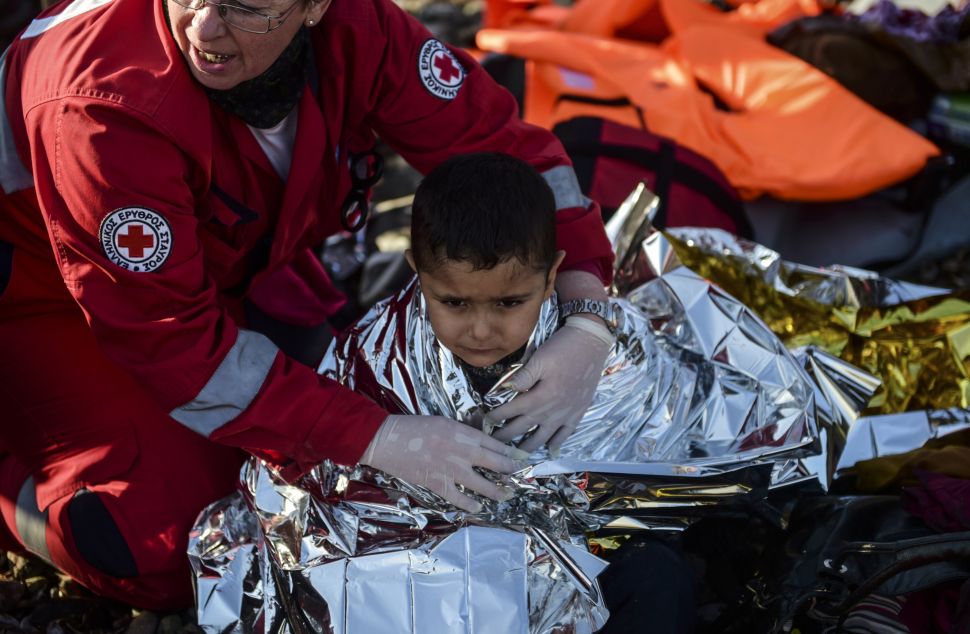