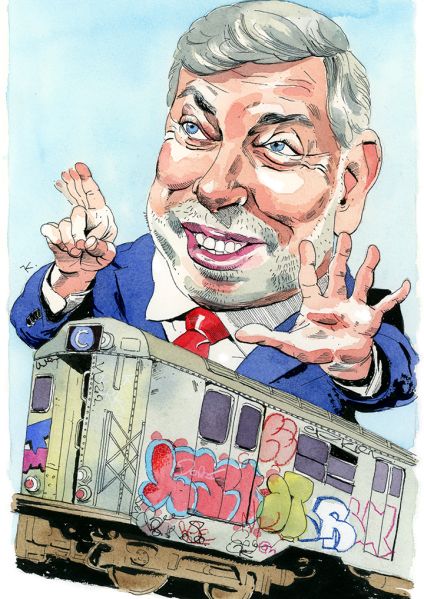 (Illustration by Paul Kisselev for Observer.)

As Sam Schwartz—the famed traffic engineer known for coining the term “gridlock”—explains in his new book, Street Smart: The Rise of Cities and the Fall of Cars, he is a relentless advocate for mass transit and walkable communities. He means what he writes. On a sunny, late summer day, the burly Mr. Schwartz needed to get from his office on 26th Street to a meeting at the World Trade Center after our interview. We walked most of the way.

Any secret travel tips for New Yorkers? On holiday weekends such as Thanksgiving when just about everything is jammed, it turns out the morning of the holidays and not the eve of the holidays is your best time to travel. And you’ll find very low traffic congestion.

We have a growing subway ridership and we recently had an underfunded capital plan. Do you worry for the subways? I do, I do. The subways of the ’70s and ’80s, doors were stuck, sometimes you couldn’t even get in the car. They were graffitied. So far, I haven’t seen that. There were frequent derailments, signal systems derailed. So we’re beginning to see a little bit of many of those things. The good news is we’re attracting more people to the subway. Any business that would have 100,000 more customers in one year, as the subways have had, could be considered a successful business.

Is there a subway line you really don’t like to ride? The C. They have old subway cars, although I’ve seen a few more recent ones, but the C is like being stuck back 40 or 50 years, into these ugly, uncomfortable subway cars.

You would like to see pedestrian and bike bridges built across the East River. I would love to see bicycle and pedestrian bridges across the East River going from Brooklyn to Governor’s Island and touching base in lower Manhattan. And the same thing in Queens going from Greenpoint to Hunter’s Point, and then to the Cornell campus on Roosevelt Island and from Midtown Manhattan. And I’d like to see one from Hoboken/Jersey City to Midtown Manhattan. We haven’t built a bridge to our [central business district] since 1909.

In your book you point out that millennials don’t like cars nearly as much as their parents did. The millennials no longer equate freedom with the car. In my generation I tried getting a car with the biggest fins imaginable. I had a ’60 Chevy Impala; it was sleek! That was an extension of me, made me look good. And that was freedom. I can remember the first time I was sitting in the car, it was raining, and it was such a good feeling that I was dry inside my car. The younger generation equates freedom not to having a car but to having their iPhone! 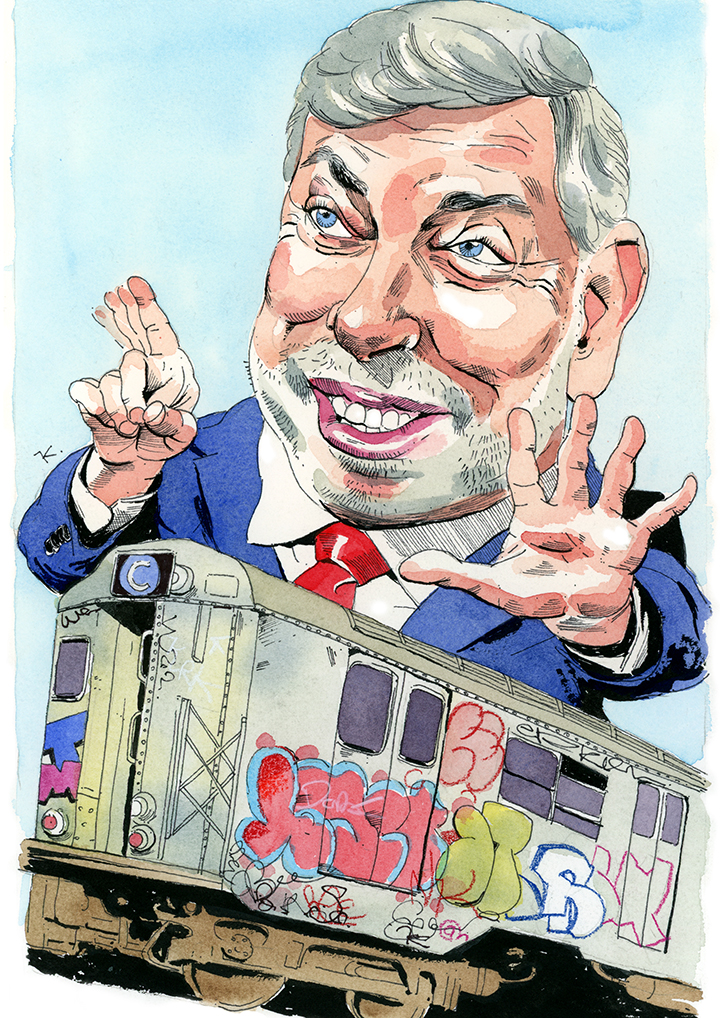