A bomb threat has shut down at least four buildings at the storied Cambridge, Massachusetts campus of perhaps the most respected university in the world. A memo sent at 12:45 pm by Steven Catalano, the Special Advisor to the Chief of Police and Public Information Officer at the Harvard University Police Department, confirms that the department “received an unconfirmed bomb threat affecting the Science Center, as well as Sever, Emerson and Thayer Halls on the Cambridge campus.”

Mr. Catalano notes that the buildings have been evacuated and that “law enforcement officials are on scene.” Campus police are restricting entry to the famous Harvard Yard as nerves are frayed in the wake of Friday’s attacks in Paris, in which ISIS is credited with killing more than 120 innocents at concerts, restaurants and a sports venue.

According to Harvard Law student Avrahm Berkowitz, students and faculty are very concerned. Mr. Berkowitz told the Observer, “I wouldn’t say that people are scared, but it is something that we are all discussing. I think every conversation I have had in the last few hours began with did you hear about the bomb scare? This is not the first time this happened on the Harvard campus. Last time it was an aggrieved student during finals. … They have shut down the area and there have been reports of helicopter sightings. There are sirens in the are as well.”

An earlier email sent at 12:24 pm to all students via Harvard’s “campus-notify-all@harvard.edu” system notified students of the initial emergency and evacuation. Moments ago, Harvard Executive Vice President Katie Lapp sent an email promising, “As the current email threat unfolds, we will endeavor to provide updates as often as new information is available to share.”

UPDATE (3:22 pm): Harvard Law School has decided to continue with regularly scheduled activities, including the Ames Moot Court competition finals, “unless there are further developments that suggest plans should be changed,” according to a memo from HLS Dean Francis X. McCrossan. In light of heightened security, the memo notes that “no bags, backpacks, cameras, food, or drink will be allowed at the event” and advises students to “store your belongings prior to arrival at Austin Hall.” The memo underscores the point, noting “The Harvard University Policy will be present to enforce the policy.” 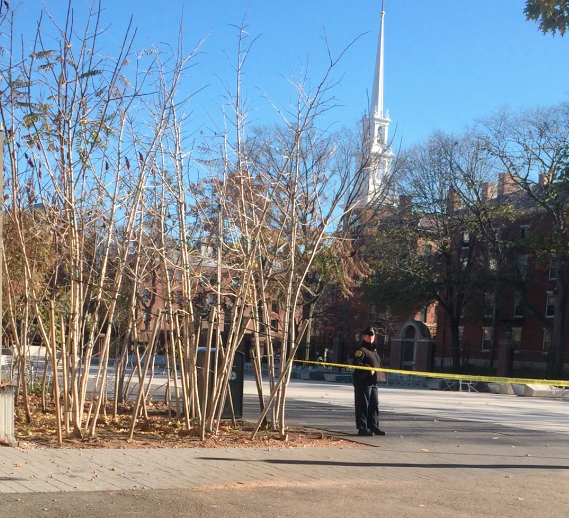 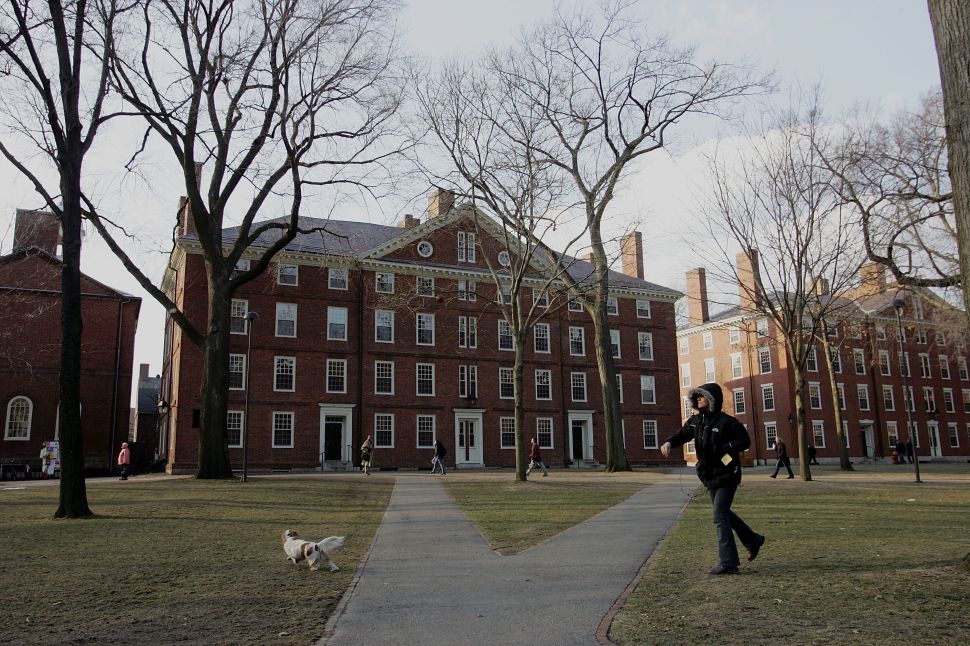