Although Sen. Bernie Sanders has caucused with the Democrats, he is still seen as an outsider—one free of the hierarchy and drama within the party itself. Given this history, and the dictator-like leadership of Democratic National Committee Chair Debbie Wasserman Schultz, it is no surprise that very few endorsements have gone in favor of Mr. Sanders over Hillary Clinton. Ms. Clinton also led in endorsements when initially running against Barack Obama, with many defecting once primary polls began favoring the current president.

Ms. Wasserman Schultz was the chair of Ms. Clinton’s campaign during her 2008 presidential election. Her decision to limit the number of debates to six, and penalizing any candidate who tries to debate outside of the sanctioned ones, clearly demonstrates favoritism for Ms. Clinton. Mr. Obama, widely unknown going into the 2008 Democratic primaries, gained most of his traction during the 26 debates that took place. This rule, enacted by Ms. Wasserman Schultz, prevents this from happening again. The DNC Chair and many Democrats with corporate ties or moderate views want Hillary Clinton to win the nomination, because they think Mr. Sanders is too liberal to win.

Nearly every Clinton supporter, from New York City Mayor Bill de Blasio to Delaware Senator Tom Carper is getting significant media attention. In 2014, Hillary already had 60 Democrats endorse her in 2014 in a poll conducted by The Hill, before she even announced she was running for president. That’s nearly twenty percent of the Democratic Party in office.

Bernie Sanders knows pandering for endorsements is pointless. The game was rigged for Hillary before Mr. Sanders even joined, and as a politician deemed too liberal by many Democrats, the lack of embrace his campaign has received from the Democratic Party is no surprise. Mr. Sanders didn’t expect it, and the media should stop acting like every endorsement from a congressman or senator that Hillary gets is some sort of revelation, or will have any bearing on the actual polling results of the primaries. All of these endorsement announcements for Hillary Clinton aren’t good for anything but their headlines.

Mr. Sanders came into the presidential election as an outsider. He still remains an outsider whose campaign is focused on everyday people, not on office politics or pandering for votes.

The Democratic Party seems to have decided, before the election race even began, that Hillary Clinton would be their nominee.

Bernie Sanders isn’t running to gain clout within the Democratic Party. He’s running to help the American people who are frustrated, disengaged and, disenchanted with the status quo of American politics. It’s worked more successfully than Hillary Clinton, both political parties, and the media ever anticipated. He raised more donations faster than Barrack Obama’s 2008 and 2012 campaign at the same point in the election cycle, and reached one million individual donations faster than any other presidential candidate in history. He is running as a Democrat on many anti-establishment principles so that his grassroots efforts will put pressure on the establishment of the Democratic Party to adopt more progressive stances in their party’s platform, and to address the issues most important to voters, not to corporations.

Bernie Sanders’ political revolution isn’t about winning more congressional endorsements than any other candidate. It’s about transforming the country economically in the face of a scourge of income inequality, politically to make elections more about voter participation than raising campaign funds through Super PACs, environmentally through enacting policies on climate change that will ensure the ill effects of global warming are mitigated to the best of our abilities, and socially so the safety nets that build America’s middle class are repaired from the policies that have deconstructed them over the past few decades. Bernie can still win without winning the race for the most congressional endorsements, but its an uphill battle. The Democratic Party seems to have decided, before the election race even began, that Hillary Clinton would be their nominee. 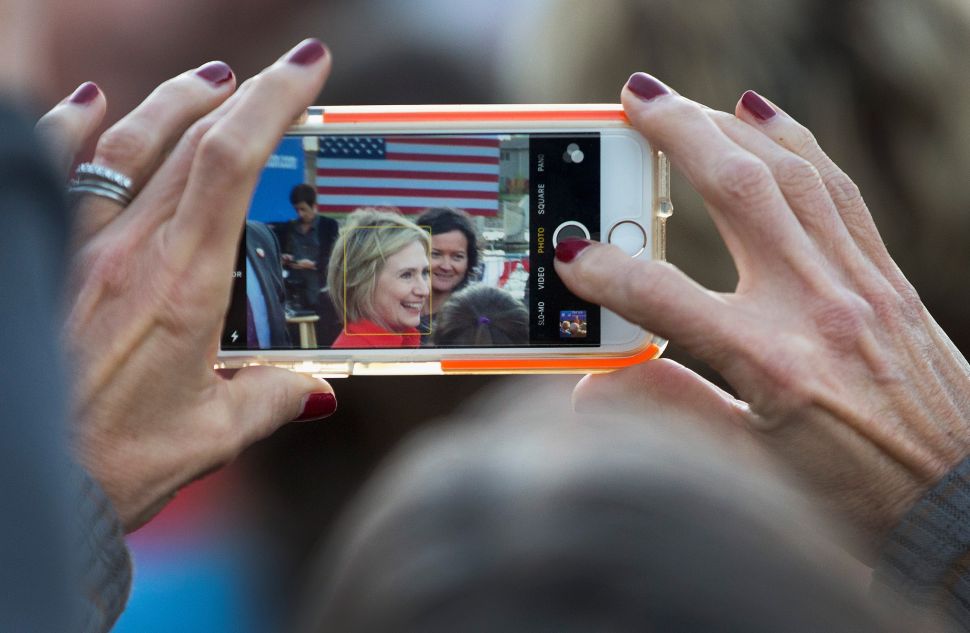