HOBOKEN – Both corners of Hoboken’s Park Avenue between Fifth and Sixth Streets had canvassers Hoboken Ward 6 candidates: incumbent Jen Giattino and challenger Carmelo Garcia. For Giattino, those canvassers were her family members.

Giattino’s mother, Judy Silverman, proudly held a sign for her daughter. Silverman came from White Plains, New York to support Giattino but said she “would have come from California” to support her daughter’s reelection in Ward 6.

Standing next to Silverman was Marianne Bender, Giattino’s aunt. She came from Vallhala, New York to canvas for Giattino.

At the other end of the street, David Silverman, Giattino’s brother, held up a sign encouraging voters to cast their ballots for his sister. 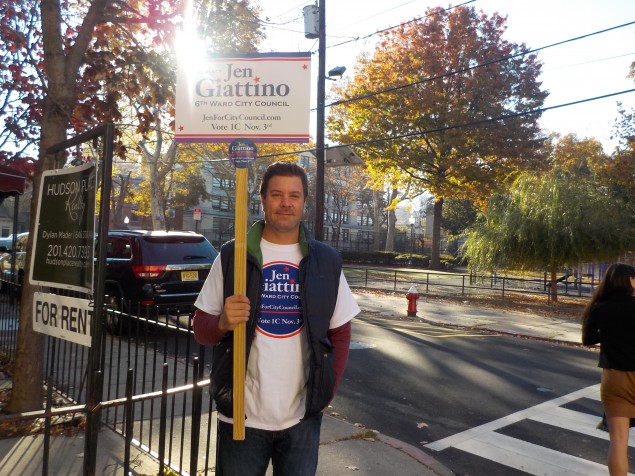