Welcome to Homeland: Ghost Protocol! Killers are stalking Carrie across the globe! Someone has compromised the Potsdam dead drop! Someone also wants Quinn dead! Someone knows all of Saul’s schemes and is blowing up Syrian generals to foil them! Now that everything that seemed true has been blown away, now that death lurks around every corner, now that the unholy machinery of the Central Intelligence Agency has been turned against our heroes… they run around Berlin shouting at people basically as they have for four episodes now.

Every season of Homeland steers towards two or three episodes that change everything, but after five of those seasons, the procedural format is beginning to peek out around the margins. Homeland is sold and enjoyed as a tale of the deadliest operators in the world acting out America’s deepest collective fears, but after so many betrayals and kidnappings and ultimata, it’s beginning to look like something less ambitious: a show that gesticulates wildly at the boogeyman of the moment while Carrie Mathison falls in and out of love with a series of romantic interests and father figures.

Perhaps, though, the audience was owed a bit of procedure after last week’s episode, which suggested that everything had gone rotten for the Americans in Germany without revealing how or why. Carrie traced the attempt on Quinn’s life back to Allison Carr just as she was watching Saul’s Syria plans crater, and “Better Call Saul” starts on the same runway and the same bit of intrigue. Allison assures Dar Adal and Saul that she’ll follow up on the explosion that killed General Youssef, potentially steering the investigation away from herself. Later, as they drive back to Saul’s apartment, Saul surmises they’re looking for someone who wants to keep President Assad in power, while Allison tosses out the notion that Israel had also registered it’s displeasure with Saul’s plan.

She leaves Saul to sleep alone while she heads to a midnight rendezvous that reveals the lion’s share of the trouble in Berlin: she’s been compromised by the Russians and is answering to Krupin, the heavy who so chattily murdered people last week for the stolen intelligence documents. Krupin reveals that the Russians are trying to drive a wedge between Dar and Saul and are using Allison to do it.

That plan could not be proceeding more smoothly. Dar has found that typically Israeli explosives took down the plane, and, questioning Saul’s connection to the Israeli embassy, insists that Allison’s investigation include him. Allison then shows Saul evidence that Etai Üter, the Israeli ambassador, had flown to Geneva the day before the explosion. Saul confronts Üter, accomplishing little except for posing for pictures that will be used to convince Dar that Üter and Saul are in cahoots.

Meanwhile, Carrie has been pursuing the mystery of the attack on Quinn, and Quinn has been lying on a cot bleeding to death. Carrie reaches out to Astrid and plays on their shared history with Quinn to convince her to identify the agent killed in the attack on Quinn. Astrid obliges, and learns that he’s a Chechnyan thug who works for both the Russian mob and Russian intelligence.

For his part, Numan identifies the Russian embassy employee who likely acted as the go-between in Korzenik’s attempt to sell the stolen documents. Numan, drawing on his internet savvy, dons his “Gabehcoud” identity and reveals this gentleman in a video posted to the embassy’s website, accusing him of sexual impropriety and murder and demanding that a flash mob of justice descend on the Russians.

Carrie, having decided that the document leak is the hottest lead she’s got, endeavors to meet Laura Sutton at the protest and hit her up for a loose copy of the documents. Laura informs her of the relative scarcity of said copies and suggests that easiest way to take a look at them would be to steal them from the CIA station in Berlin. She chooses a much easier intermediate step: reuniting with Saul at his hotel.

Carrie manages all this while Quinn clings to life in their safe house. She farms out most of his medical care to Jonas, whose sister is a doctor and who is keeping a very open mind about the fact that, when they last parted, Carrie was having a bipolar freakout and disappearing into the woods with his rifle. Jonas initially provides some antibiotics, but as Quinn’s condition worsens, he prevails upon Carrie to let him bring Quinn to a hospital. Hearing that plan and not wanting to jeopardize Carrie’s investigation, Quinn summons the strength to escape Jonas’s attention and to stumble down to the river with a purloined gun to stage his own murder. He would have gotten away with it, too, if it weren’t for a kindly stranger who hopes to prevent a suicide and stays with Quinn until he passes out.

At least for the time being, it would appear that Russians have replaced radical Muslims as the evil army against which the heroes of Homeland must struggle. This follows so closely on the heels of the Great Homeland Graffiti Caper Of 2015 and the sharpest indictments of the show’s anti-Muslim and anti-Arab tendencies that the viewer is left with the impression the show sure is mad at someone. The finest conflict in fiction is one in which even characters in direct opposition can all make a reasonable case for their positions. Homeland threw that formality away on behalf of Islamic extremists for four seasons, and has now seen fit to stick Russians in the same basket of inhuman evil. Throw in the American characters’ penchant for betrayal and extracurricular murder and it seems that we’re left with a show in which political and religious affiliations are but a fig leaf placed over our collective degeneracy.

“Better Call Saul” does come around to Homeland‘s North Star: Carrie’s eternally imperiled devotion to Quinn and Saul. Here, the simmering Carrie-Quinn romance is played mainly as farce, with the two both insisting, Gift Of The Magi-style, that they sacrifice all to keep the other in the game. Carrie readily throws away her investigation and her hope of freedom to usher Quinn into a hospital, and Quinn so strongly disagrees that he attempts to trade death by shot gut for suicide by staged murder. For all of his suffering, though, the gods of Seasons Six And Beyond have seen fit to spare him.

Carrie takes the chance to repair her other human connection by seeking out Saul in hopes of unraveling the mess they’ve made. Homeland holds up this union not only as the only pair of super spies that can navigate the briar patch, but also as the show’s ideal relationship: one rooted in professionalism and duty to country, but borne aloft by a personal devotion that surpasses all. In last week’s episode, Carrie referred to Saul as the person she’s trusted more than any other, and this came while they were giving each other the silent treatment and Carrie was faced with persuasive evidence that Saul had tried to murder her. On a show that deals exclusively with broken down monsters, that trust, crazy though it may be, passes for an honorable ideal. They’ve found their way back together, but they may find it’s more difficult to find their way back into the good graces of the CIA. 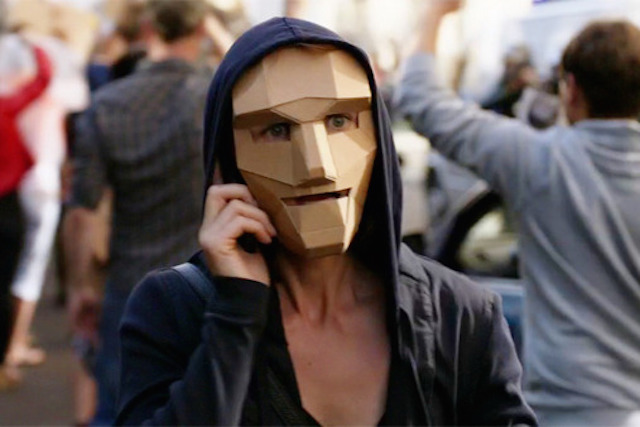