It turns out that the Russians want to kill Carrie to keep her from learning that they’ve turned Allison Carr. She finds out anyway. If you happen to be pressed for time, that’s just about all that went down in “All About Allison.” A week after Homeland blasted Saul, Carrie, and Quinn out of their familiar roles, “All About Allison” spends most of its time walking back those changes and most of the rest reviewing information that was laid out with a lot more finesse in previous episodes.

Since Nicholas Brody’s exit, Homeland has been a show in search of a hook, but the first two-thirds of Season Five have changed so much about the show that it’s become difficult to see the through line. From the transition to Berlin and Franny’s abrupt ejection to the ever-shifting assortment of crises and antagonists, this season has put a lot of new products in the window but has built little upon the years that we’ve spent with these characters. The show has never felt more indebted to 24, which similarly bounced from incident to incident and deployed a new villain every few episodes.

Fitting then, that we’re taking a trip back to the halcyon days of 2005 Iraq. In the present, Carrie has contacted Allison Carr in hopes of an in-person meeting, Allison being the last connected person that Carrie feels she can trust. As the women circle each other in preparation, they recall the circumstances under which they first met. Carrie arrived to take over Allison’s administrative position in the intelligence apparatus of Operation Iraqi Freedom. The most difficult aspect of the transition was Acrobat, the high-level informant being run by Allison and, in “Oriole,” being discovered, hunted, and killed in Amsterdam. Acrobat is a bit of a diva and balks at dealing with Carrie, and as Allison tries to negotiate for his continued services, she discovers that he has millions of dollars of purloined American currency and a plan to leave Iraq behind with Allison on his arm. Allison, in her disillusionment, actually finds this plan attractive, and once she begins discussing methods for laundering his money around the globe, she naturally discovers that she’s been lured into a trap set by the Russians and that only by serving as their mole will she retain her freedom.

It isn’t until this final twist that the flashbacks contain any real revelations about the events of 2005. Homeland has memorably employed flashbacks to gradually reveal the details of Nicholas Brody’s time in confinement and to give provide much sought-after confirmation that he was a radicalized sleeper. It’s quite another thing to watch the flashbacks of “All About Allison,” which largely depict events the viewer knows happened being carried out more or less as the viewer has been lead to believe they were.

Thus we learn that the Russians have been trying to murder Carrie before she could learn that Allison had been a ten-year double agent, and that Acrobat and his appearance in the leaked CIA documents, were the details that would lead Carrie to the truth. Strange, then, that once Allison and Carrie do finally meet, the stakes have radically changed. The Russians, authors of at least two attempts on Carrie’s life and recently spotted chasing her around the backyards of Amsterdam, no longer want Carrie dead unless needed to protect Allison’s cover. Thus, Carrie spares herself a sniper’s bullet by keeping from Allison the fact that she and Numan are poring over Acrobat’s computer. Once it’s been decrypted, Carrie gleans from a picture of Acrobat at Allison’s favorite St. Lucia beach bar that Allison had stepped over the line and been snared by the Russians.

Saul spends the episode under the care and jurisdiction of Israel and Etai Luskin. Sadly and maddeningly, he begins by revealing that his “Oriole” sign-off was a deeply manipulative false cliffhanger and that he doesn’t intend to defect. He simply wants to buy Carrie a few more days to make her case against the Russians. Because Saul has already passed the leaked documents to Carrie, his continued freedom doesn’t really help her quest, but sometimes not being locked up by the CIA as a traitor is its own reward.

Quinn continues his Syrian sojourn with the German radicals. Just miles from the Syrian border they stop for reasons that they attempt to hide from Quinn by keeping him locked in the back of their van. He repeatedly insists that stopping to pick up weapons is unwise because their forged passports will not give them license to carry said weaponry into Syria. After brief snooping, he learns that they’ve acquired some kind of biological weapon and that they’re bringing it back to deploy in Berlin. Soon he finds himself knocked out and tied up next to a drum of deadly chemicals. This development begs the question: why did the terrorists hire Quinn at all if they didn’t plan to cross over into Syria? The answer may be that, rather unlike most terrorists, they want a westerner to take the fall for their attack. Another potential answer: because welcome to Homeland.

It seems like we now know what the central concept of Season Five is meant to be. Carrie is dragged back into her old life as a spy to thwart a Russian mole in the highest levels of the CIA. As with the Iraq flashbacks and so much of the business that’s come before, the season has suffered for not hitting pay dirt sooner. To take but one example, the oft-repeated log line has been, up to this point, that someone wants Carrie dead. One would hope that many people want Carrie dead, given that she’s a career spy with a loose grasp on her own emotions and the protagonist of a spy procedural. Presumably, many dozens of people want Quinn dead, and he doesn’t shout it at everyone he meets like it’s headline news.

A full season of Homeland shenanigans that pitted Carrie against Allison in a battle for control of the CIA’s dirty little secrets and Saul’s heart besides would be a fine endeavor. As it stands, we get, at maximum, four episodes of that, with the likely additions of a double-cross by Otto Düring and a season-capping chemical weapon attack. Here’s to hoping that they bring us some fun business and a new tradition for Homeland to build on. 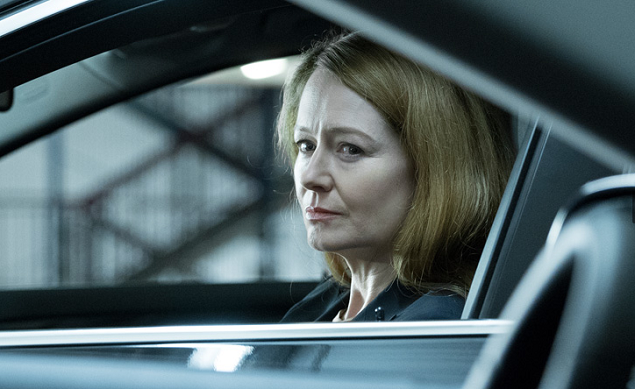