No more teachers. No more books. No more Chris Brody’s dirty looks. Homeland has hit the home stretch and put the pedal to the metal. We’ve left behind the tertiary characters screaming at computers. Gone are the debates about the morality of government leaks. No time remains for tours of the hacker lofts of greater Berlin. On the other hand, we’ve also lost the invigorating swirl of global catastrophe and personal melodrama that drove the show in seasons of yore. Instead, we’ve got a real antagonist, a growing army of government functionaries arraying themselves behind Carrie, and a giant pile of lock picks and hidden cameras to deploy. Also, we watch Quinn slowly die.

We begin with Carrie and Saul, reunited. Even as they’ve spent the season theoretically at odds and occasionally screaming at each other, our heroes have worked in parallel and repeatedly professed their undying mutual respect, which undercuts the catharsis of seeing them rejoin forces. Carrie attempts to sell Saul on her theory that Allison Carr has been turned by the Russians, and Saul hems and haws a bit. It’s good to see that, even in his new career as a traitor and provocateur, his pride is stung at having slept with the enemy. He signs on to a grand and unlikely scheme, though: he and Carrie, working alongside German intelligence, will punk Allison and Dar Adal in hopes of flushing out Allison.

Before they do, though, Saul drops in on Allison to have a fraught conversation about trust and love, to have sex, and to coat Allison’s clothes, handbags, and apartment in microphones and GPS trackers. Saul’s cover is that he has arranged to defect to Israel but couldn’t leave without saying goodbye. That, from a traitor to the United States and fugitive from justice, is good enough for a sleepover, during which Saul goes to work with his tweezers and mini-flashlight. For a man who has been in the administrative ranks of the CIA for some time, Saul is handy with a mini-flashlight and tweezers.

Carrie and Saul then take their pitch to the BND. The Germans note briefly that they detest and distrust the Americans before launching a tremendous goof on the the CIA in clear contravention of international law. They approach Dar and Allison with a tantalizing bit of fake news: a Russian official who intends to defect has contacted the Germans and offered information about Russian counterintelligence in Germany. Allison’s ears perk up at this revelation, and she scurries off to text someone that “dinner” is “off,” that they should “order in” “instead.”

That evening, as Carrie, Saul, and the Germans watch on hidden cameras, Allison does indeed welcome a gentleman caller carrying take-out into her home and has sex with him on her kitchen counter. This development perplexes everyone watching, but none more than Saul, who has a minor meltdown at the sight of Allison with another man. Saul Berenson: cool as ice when planting bugs but much less taciturn when it comes to matters of the heart.

Faced with strong evidence that their sting is a colossal mistake, the gang decides to double down: Astrid accosts Allison on the street with news that the Russian defector needs to meet soon, that he refuses to meet in Berlin because he knows that Berlin Station has been compromised by a double agent whose name rhymes with Brallison Brarr, and that he has documents passed by this double agent to the Russians. This is enough to shock Allison into action: she books a train to Copenhagen, beeps out a secret code to parties unknown, and lights out for the territories. She fakes for the train to Copenhagen and then gets on the subway! She gets off that subway car and onto another train headed to Potsdam! The BND isn’t thrown for an instant, and they track her all the way to a secret Russian safehouse where she’s immediately arrested, along with Krupin, her handler.

With Carr and Krupin in tow, Carrie and Saul are welcomed back to the bosom of the CIA. The first sign that everything is about to fall apart is the fact that Dar Adal is immediately persuaded that Allison is guilty. She then ruins everything by asserting that, rather than answering to Krupin and the Russians, she’s developed them as her off-the-books assets. As this seems to be a no-more-bonkers explanation for recent events than the truth, it would seem that the members of Team Carrie are about to face a major test of their new camaraderie.

Quinn is also having a long day. His ISIS-affiliated captors have hauled him to a makeshift prison where they’re also preparing their sarin gas attack on Berlin. Luckily, he’s being tended by the kind-hearted terrorist that he befriended in “All About Allison,” and Quinn wastes no time before the head games begin. He implores his captor to do some internet research on the effects of Sarin, and to familiarize himself with the equipment being used to prepare the weapon. This leads to an exposition-heavy interlude with the evil terrorist sarin gas doctor, who explains the gas chamber that will be used to expose Quinn to sarin and, portentously, the stash of EpiPens that can be used to counteract its effects. Sure enough, Quinn can’t escape his gassing, but he is jabbed with some antidote before he’s thrown in the chamber. The episode ends as the gas begins to take hold, and we’re left to wonder just how badly Quinn is about to be damaged.

Although it’s nearly assured that the videotape of Quinn’s suffering will pass before Carrie’s anguished eyes, it’s a testament to the new, all-business Homeland that she’s not watching in real time, helpless to rescue him. As Carrie and Nicholas Brody circled each other back in the old days, the travails of the spy game and the fragility of Carrie’s emotions walked in lockstep, investing every caper with maximal stakes, both personal and global. This season, though, melodrama has been deployed in short bursts that punctuate a story much more focused on the logistics of spycraft.

“The Litvinov Ruse” is the most focused, high-strung episode of Homeland Season Five, and it comes with three episodes yet to air. So many characters and threads have been set down over the season, but it remains to be seen which will return for the home stretch. Otto Düring and his waning allegiance to Carrie are prime candidates, as are Jonas and his thwarted relationship with Carrie. We may well get back to deposing Bashar al-Assad while we’re at it. As the clock winds down, though, it’s clear that efforts to break Carrie’s heart will only occasionally intrude on her mission to save the world. 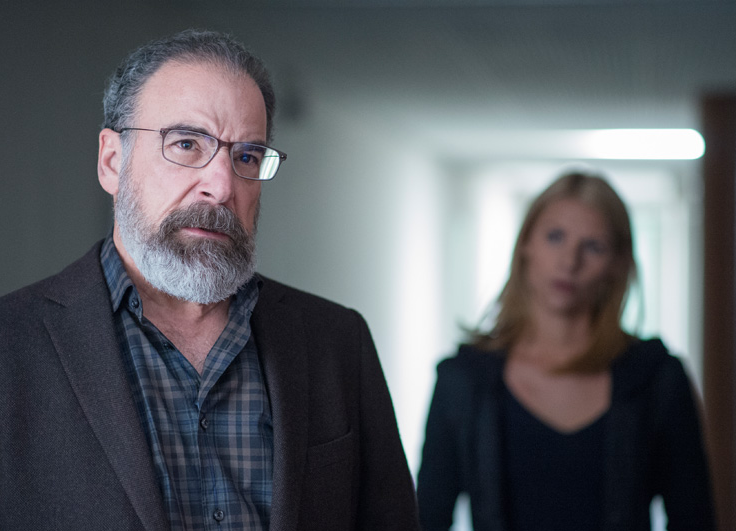