The ISIS terrorists did not select the Bataclan theatre in Paris because it was a convenient target. It was selected because it has been a well known Jewish establishment for decades. Until September, the theatre had been owned by Jews, two brothers named Marcel and Joel Laloux.

The Bataclan also hosted many Jewish conferences and events, including fundraisers for Friends of the IDF (the Israel Defense Forces). And indeed, over the years, the theatre has been the target—albeit unsuccessfully—of many threats and attempted terror attacks.

Since 2007, numerous videos threatening the Bataclan theatre have been released. In 2011, Farouk bin Abbas, an Islamic terrorist, admitted under interrogation that he, along with his terror organization Jayish al Islam, had planned to attack the theatre. The reason Abbas gave for planning an attack on that particular theatre was that the owners were Jewish.

The band playing in the theatre at the time of the attack also mattered to the terrorist organizers. Eagles of Death Metal, is American and the founder and lead is Jesse Hughes. As recently as this past July, the band performed at the Barby Club in Tel Aviv. At the time, a huge amount of pressure was brought on the band by pro-Palestinian organizations and BDS, the anti-Israel Boycott, Divestment and Sanctions Movement, exerted public arm twisting. Even Pink Floyd’s Roger Waters sent a letter to Mr. Hughes demanding that the group boycott Israel and join the BDS Movement.

This is how Mr. Hughes put it at the concert: “I would never boycott a place like this … You know what I wrote back? Two words … Never waste your time worrying about what an asshole thinks about you.”

Mr. Hughes shouted out the two words he wrote to Waters. The Tel Aviv crowd went wild. And then later, during the concert, Hughes remarked: “I’ve never felt more at home in my life.”

So, yes, odds are, the Bataclan, Eagles of Death Metal was also a target for these terrorists.

After reading the New York Times piece dedicated to the history and politics of the theatre that ran on the Tuesday following the Paris attacks, I felt ill. The “experts” they quoted delicately danced around the history of the Bataclan, insisting they could not call the attack anti-Semitism. Well then, one should ask, why did the terrorists target this particular site? It is obvious; this was where the terrorists could get the most bang for their buck.

One need not be a rocket scientist to understand the motivation of terrorists and their priorities when it comes to targets. By now we should have learned from experience that when terrorists talk about their goals they are not merely grandstanding, they mean what they say. So when you hear the shouts and read the slogans “kill the Jews” and “destroy the West” “death to America” take it literally.

There are skeptics and cowards among us who are afraid to offend the terrorists whose oft-stated goal is to annihilate us. After all, they reason, the terrorists may retaliate. You don’t have to think back too far to find examples. It was only earlier this year that Paris was shaken by attacks at the headquarters of Charlie Hebdo and a kosher market.

And then, like now, President Obama described the attack on the kosher market as random. The White House frequently reiterated that same line of thinking. Dead wrong!

Islamist terrorists prioritize when they select a target; here’s the calculus.

# 2: Numbers: the size of the impact must be as large as possible like sports stadiums.

# 3: Symbols: the attack must be aimed at anti-Muslim symbols and ideals, such as Charlie Hedbo’s headquarters or Jewish sites

For radical Islamic terrorists, there is a double layer of meaning in each attack. Not only are they killing infidels, they are recruiting others to their cause. One of their primary messages is that Jews/Zionists/Israel oppress not simply the Palestinians—but Islam. That is why the rhetoric, the libels and the lies claiming that Israel is destroying the Mosque and Shrine atop the Temple Mount resonate so powerfully throughout the Muslim world.

Attacking Jews and Jewish sites is a vehicle through which ISIS and other radical Islamic groups demonstrate to their potential recruits that they are fighting back against the lack of respect that Islam is being shown.

The Bataclan and the soccer stadium were not randomly chosen. To think they were is to misunderstand the terrorist message. And while President Obama might not get it, every potential jihadi clearly understands the message. And many of them are now on their way to join their new cause. 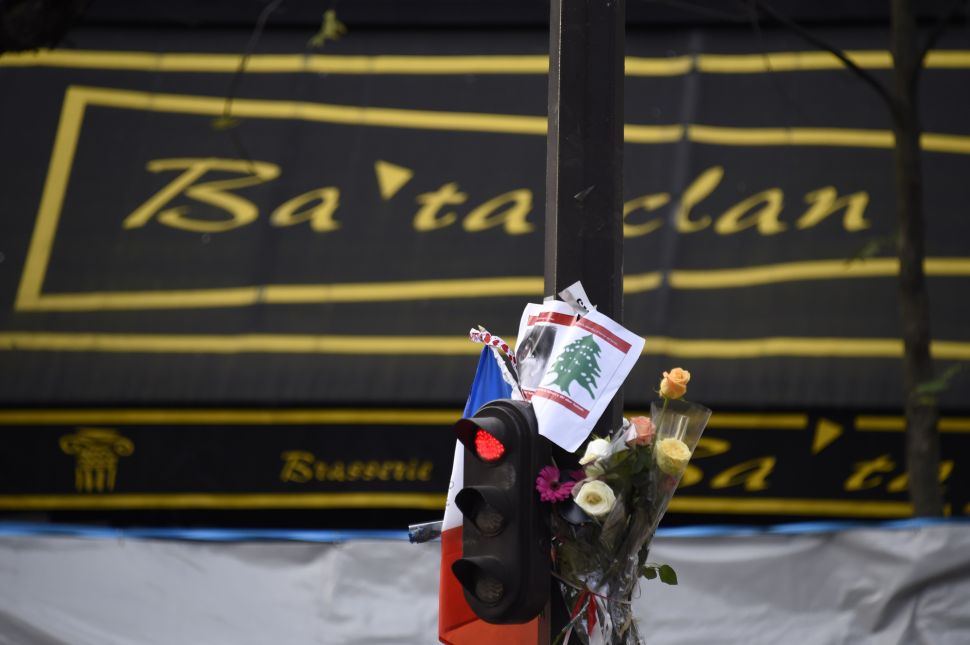