In their first endeavor since co-creating the 124-hour long waste of your time known as How I Met Your Mother, Carter Bays and Craig Thomas are developing yet another CBS sitcom set in New York. The duo will write and executive-produce the half-hour comedy, titled New York Mythological. The project comes after an attempted HIMYM follow-up, How I Met Your Dad, went to pilot at CBS last year but was eventually scrapped by the network and creators.

According to Deadline, who got the scoop: “[New York Mythological] centers on a Midwestern girl who moves to Manhattan and experiences firsthand the magic of New York.”

That…could be interpreted so many ways. Is this a Harry Potter scenario, with literal magic, where she stumbles through some curtains in the back of The Strand and finds some centaurs and a leprechaun playing poker? Or is it metaphorical magic, in which a small town girl is swept up by the sparkling lights and sounds of Manhattan that makes her feel she can do anything, a premise that’s never been done before unless you’re counting the last 100 years of film? Or, or, is the pilot just going to start with her bumping into one of those subway magicians that screams at you for putting your headphones in and not watching his show? Because that is somehow the most interesting option, and the most accurate definition of experiencing “firsthand the magic of New York.”

So many options, and so little trust. If you somehow avoided the angry mob that formed on March 31, 2014, Mr. Bays and Mr. Thomas’ nine-season long How I Met Your Mother — which hinged on Bob Saget telling his children horrific sex stories as a lead-up to he and their mother’s meet-cute — killed off Cristin Milioti’s “mother” in the finale. The twist was this: Ted Mosby told his children a nine-year long story as a subconscious way to tell them he wanted to bone their aunt.

I’ve never felt more personally victimized by a TV show before, and I watched all seven seasons of True Blood. The actual magic trick would be Mr. Bays and Mr. Thomas managing to craft a narrative that not only gains an audience’s trust, but keeps it, all with the grating sound of a blue french horn ringing in viewers’ ears. 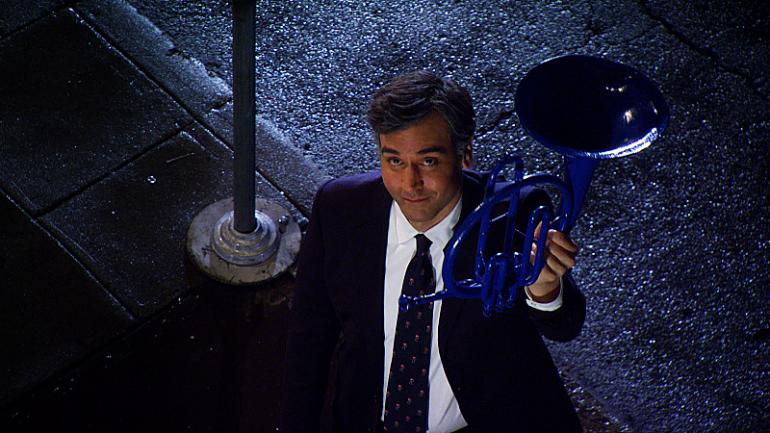 Filed Under: TV, TV, How I Met Your Mother, Craig Thomas, Carter Bays