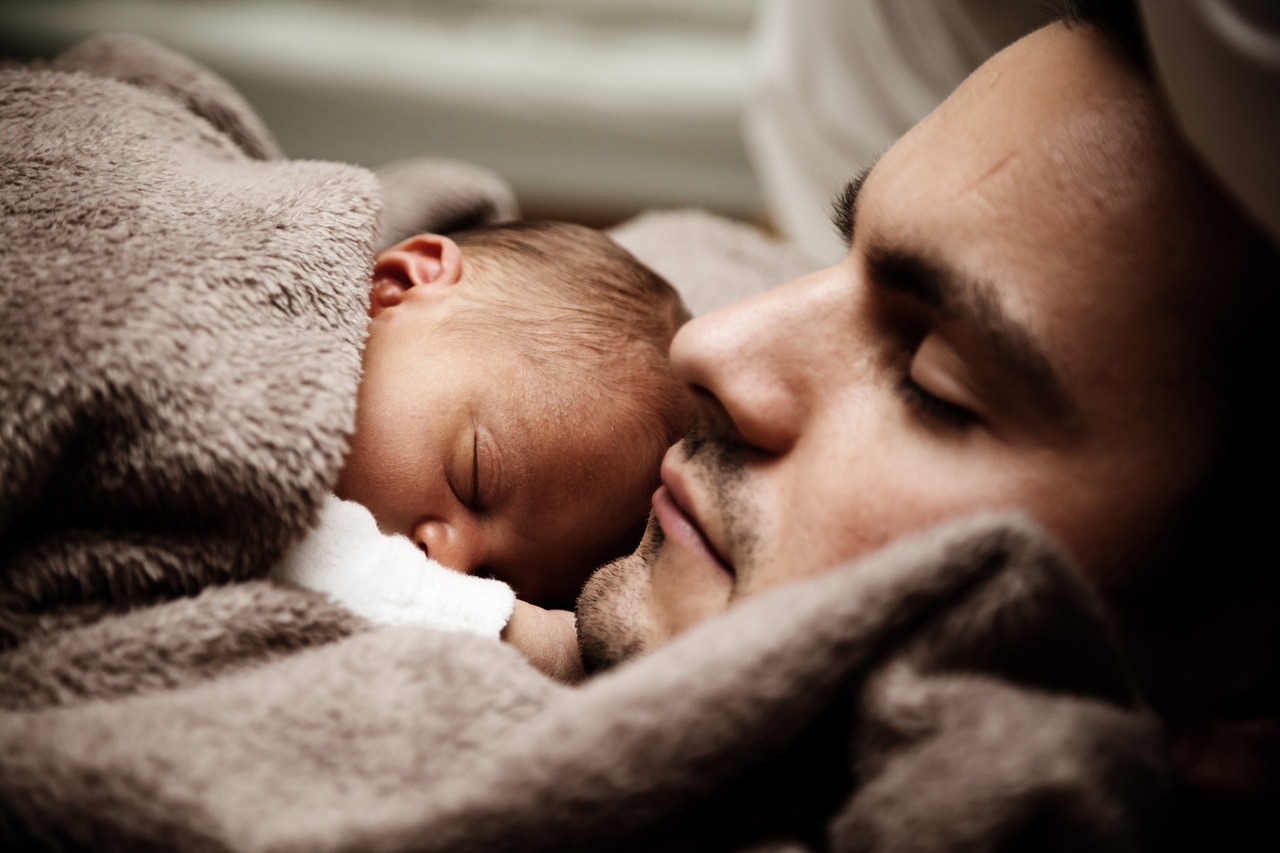 At the heart of American pride is the dream that anyone can bootstrap their way from rags to riches. Unfortunately, despite belief and hope, this dream is statistically rare. Research by Pew’s Economic Mobility Project shows that 70 percent of people born in poverty never know anything different.

Since the 1970’s, income inequality in America and “the hollowing out of the middle class” has increased at an historic rate. The rich get richer and the poor remain poor…generation after generation.

Interestingly, location is among the key factors determining the likelihood of rising out of poverty. Based on research around Indianapolis, life will be vastly different for those living in Hendricks County as opposed to the impoverished Shelby or Marion Counties. Moreover, the earlier in life a person moves to Hendricks, the lower the odds of becoming a single parent and the higher the odds of becoming educated.

According to a large scale study, two Harvard professors determined, “The data shows we can do something about upward mobility…Every extra year of childhood spent in a better neighborhood seems to matter.”

Where you live matters intensely. It changes your paradigm about what is real and possible. If the best you’ve experienced is poverty, how could you possibly shoot for something different?

My wife and I became foster parents of three children almost a year ago. These children were born in a county in the bottom tenth percentile for upward economic mobility. Put simply, less than 10 percent of people born poor in their county ever know or experience anything different.

Our eight year old foster son’s highest aspiration is to join the military when he grows up. Why? Because at the group home he was living for 8 months, his advisor had been in the military. And this advisor was the most successful person our child had ever known. Thus, to our child, this is the highest possibility in his perceived reality.

In their few short years, our foster children have received little loving attention. The result is attachments disorders and oppositional defiance disorder. Their ability to blossom is hindered by their looming challenge of forming trusting and healthy relationships. The greatest difficulty my wife and I have faced as new parents is gaining these children’s trust. Through their short lives, they’ve constructed many barriers to protect themselves from further heartbreak, disappointment, and confusion.

It’s wild to see how quickly people can adapt to new environments and opportunities. Our kids now play with other kids in our affluent neighborhood. They attend a great elementary school and are getting the extra tutoring they need. They’re involved in gymnastics and other team sports. We’ve been on multiple trips to visit our extended family all over the country. It’s been fun to watch their worlds expand and possibilities grow.

In their previous home, our children’s constraints were forced upon them through a lack of education, resources, and attention. Thus, they were powerless over their situation. In our home, we intentionally create structure that gives them the freedom to learn natural consequences from their decisions. Our structure is solid, but flexibly adjusts to their behavior. Our hope is for them to understand that they are primarily responsible for the outcomes of their life; and that they have the power in them to shape whatever life they choose.

Generational cycles are a challenge for everyone. Hence the saying, “wealth skips a generation.” After working hard to amass a fortune, the wealthy often complain that their children fail to develop the mindsets and character traits needed to move even further. Instead, the children often live the same lifestyle as the parents, beginning in their youth and extending throughout life.

For most parents, the hope for their children is to be “better” than they are. After all, parents generally bring children into a better situation than the one they were born into. Each generation’s foundation becomes the springboard for the next. According to research, 84 percent of Americans exceed their parent’s income.

However, the ‘upward progress’ is often relative and only slightly incremental. “While most Americans have more income earnings or wealth than their parents, it may not be enough to move them to a higher rung of the economic ladder,” said Diana Elliott, the research manager of Economic Mobility Project.

One reason for this minimal progress is the parent’s limiting definition of “better.” Sure, your kids may be better off than you are, but how much better? Just slightly?

The Effects of Exponential Generational Progress

My father-in-law was the son of a coal miner born and raised in a small coal-mining town. Most of his friends grew up to do what their parents did. At the age of 18, my father-in-law moved one state over to attend college. This decision alone changed his trajectory due to exposure to new possibilities. According to the data, having a college degree makes a person three times more likely to rise from the bottom of the family income ladder to the top; while those without secondary degrees are more likely to remain stuck in the bottom.

A year later, my father-in-law served a two-year mission for the LDS church in Los Angeles, California, which further broadened his horizons. Upon returning from his mission at 21, his paradigm about his own possibilities in the world had been radically adjusted. This adjustment didn’t come solely by seeing the different lifestyles and belief systems of a vast array of people, but in devoting himself exclusively to a cause bigger than himself for two years. He went on to earn his degree, marry a girl from an affluent family, raise five children in a healthy home, and become highly successful financially. Having only left his home state at age 18, he created a culture of travel. Christmases were spent in NYC, The Bahamas, Germany, ect. Their focus was on having experiences rather than stuff.

Why Science Confirms You Should Stop Believing, “This Is Just The Way I Am”

No matter how good or bad your upbringing, along the way you’ve adopted traits and beliefs that aren’t serving you. Sadly, we’ve incorrectly been taught that if cancer or back pain are “in our family,” than we are the unlucky victims of fate. The “central dogma” of molecular biology—the untouchable idea of nature’s blueprint—assumes a person’s DNA is transferred sequentially and only in one direction. The result of this pervasive and materialistic paradigm is absolute determinism, or, the belief that we have no power over lives. If our parents are obese, we are doomed to the same fate. And thus we hear repeated, “This is just the way I am.”

However, an emerging field of scientific study known as epigenetics is proving that our genetic expression is far more than the DNA were we born with. Actually, genes can be activated and deactivated, and thus modified, by environmental factors—such as trauma, stress, beliefs, habits, lifestyle, even finances. These epigenetic traits are powerful and can be passed from generation to generation. For example, women who witnessed the 9/11 attacks while pregnant passed on higher levels of the stress hormone, cortisol, to their babies.

Indeed, DNA is far more than just material, but regulates all physical, mental, emotional and spiritual aspects of our being. Of this, Konstantin Erikson, a natural health researcher, has said, “Contrary to what many people are being led to believe, a lot of emphasis placed on genes determining human behavior is nothing but theory and doctrine…We are free to make decisions that impact our lives and those of others…Our beliefs can change our biology. We have the power to heal ourselves, increase our feelings of self-worth and improve our emotional state.”

Furthermore, Ellen Langer, a renowned Harvard social psychologist, even believes aging is more a matter of the mind than an immutable physical process. In the 1970’s, Langer and a group of graduate students performed a famous test known as the counterclockwise study.

In the study, a group of men in their late 70’s and early 80’s spent a week surrounded by paraphernalia from twenty years earlier, listening to radio shows and discussing news from the period. During that week, they were not allowed to bring up any events that happened after 1959, and were to refer to themselves, their families, and their careers as they were at that time. The purpose was not living in the past; but rather, to trigger mental signals to the body reflecting the energy and biological responses of a much younger person—by “acting as if” they were in their late’50s and early ’60s.

The results of this experiment were staggering. At the end of the week, these men exhibited improvement in their hearing, eyesight, memory, dexterity and appetite. Some of the men who arrived using canes and were dependent on the aid of their children walked out under their own power and carrying their suitcases.

By expecting these men to function independently and engaging with them as individual minds rather than old people, these men were given the opportunity to see themselves differently. “Men who changed their perspective changed their bodies,” Langer said.

According to Langer, and at this point, most researchers in social psychology, all behavior is context-dependant. And that’s where it ends for most psychologists. Yet, for Langer, we even have the power to consciously and purposefully change the context.

How To Progress in Leaps

Our context is shaped by our thought patterns, the choices we make, the food we eat, the types of physical activity we get, the information we consume, and the people we spend time with. We have power over all these things. Thus, we have the power to shape our emotions and environment, which are fundamental aspects of our genetic expression. Yes, we can change our genes; and we have power to transform future generations.

In previous generations, breaking generational cycles may have required moving out of state or going to college. However, if you are reading this article, you have access to an unlimited source of information on the internet. You can change your entire life without leaving your own home.

When we have children, we not only pass our economic status and physical features, but our spiritual, psychological, and emotional ones as well. If we’re wise, we will not allow our own inadequacies to stymie our children. Rather, we will help them understand they can and should progress exponentially beyond us. Rather than creating expectations to fulfill based on our limited worldview, we should create an environment where they can blossom in their own unique ways, empowered by a rich understanding that they are responsible the outcomes of their lives.

If you resonated with this content, and want more, please subscribe to my blog. You’ll get my eBook Slipstream time hacking. This eBook will transform your life. You can get there here. 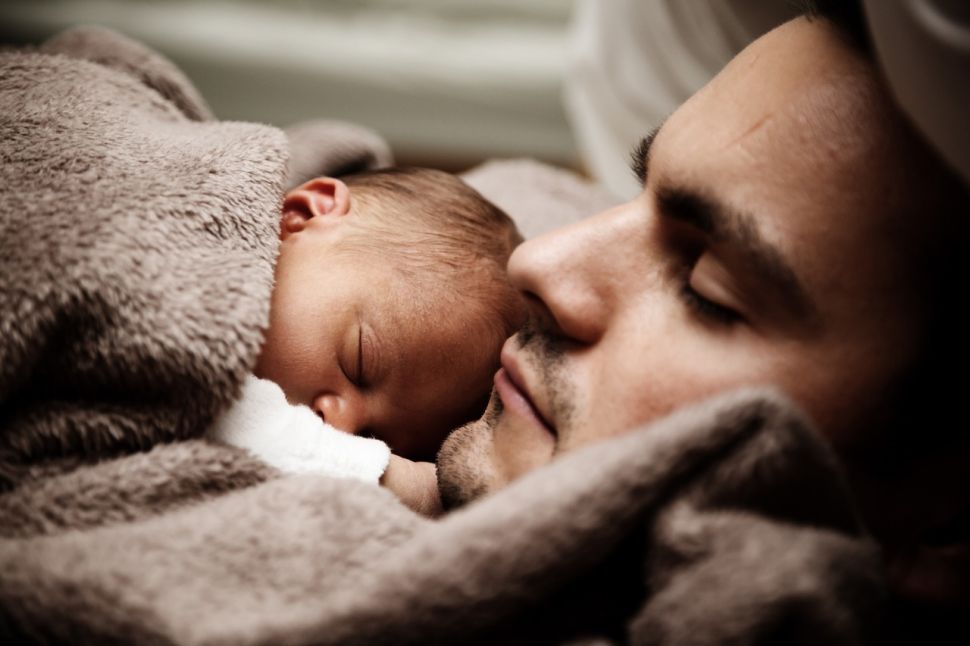