“The attacks by Islamic State militants in Paris less than two weeks ago have awakened a patriotic fervor in France, from a jump in sales of French flags to a surge in enlistment applications,” The New York Times reports on the front page yesterday. To be free in the new millennium Parisians might look to the great Lakota shaman, Black Elk, and ask, “Where is the center of the world?” And how did we misplace it?

“In the old days when we were a strong and happy people, all our power came to us from the sacred hoop of the nation, and so long as the hoop was unbroken the people flourished,” said Black Elk.

But how and where did the hoop get broken and how may it be restored? For Parisians are now in a similar condition to Black Elk’s Lakota, formed artificially today by random ad hoc cultural and political abstractions, globalist corporate culture and the fiction of “the West” which really means the archaic American military alliance against Russia formed almost 70 years ago, a nasty and dangerous hangover from the Second World War. It is as it was with the Lakota; the Ghost Dance of the Oglala Lakota was outlawed and the Indians would be taught the Western way. The Lakota shamans knew that to find the center again they must turn to the Ghost Dance.

Paris is now and always has been the center of the world. But to find it again Paris must break away and abandon the “participation mystique”—a phrase little used nowadays; the flow of events which takes us irretrievably to its own collectivist life force and away from our true selves, down the river in a horde.

How did we come to this, they must ask now? When did we stop being French? Black Elk offers much help in finding the lost Self which is still there underneath. And so does Israel today.

As this is in effect the same question that European Jews began to ask directly after the Dreyfus Affair when covert anti-Semitism throughout Europe clearly became overt and Theodor Herzl turned his gaze to Jerusalem. The cowardly attacks in Paris have also brought home the meaning of home and patria to Jews today living in France. 6000 French Jews have left France for Israel since the Charlie Hebdo attacks according to reports.

And appropriately, Israel has been the first to respond to the recent Paris attacks.

“Like Israel, Europe and the U.S. also face terrorists who lurk in their own cities. Hundreds of young Westerners have inexplicably been drawn to the ISIS death cult; they fight in Syria or Iraq and return home with orders to attack. Europe is especially vulnerable to terrorists who may hide among the refugees pouring across its borders,” Naftali Bennett, Israel’s minister of education and diaspora affairs and a major in the IDF force, wrote in The Wall Street Journal. “The world needs to be determined, to show resolve and not to blink when challenged by adversaries like ISIS. These terrorists understand only one language: force.”

It is fair to say today that French President Francois Hollande and much of France are now on the same page.

After the Charlie Hebdo attacks calls came from the pundits and commentators for France to return in strength to the ideals of the Revolution; Liberté, égalité, fraternité. But now is the time to go beyond. To find again the ancient-most pagan stirrings that rest in the earth beneath the great cathedral on the Île de la Cité and to start again at the center. To retrieve its soul, Paris must find again its own Ghost Dance.

This is more or less what Russia did when it abandoned revolutionary abstraction and returned to itself as prescribed by Aleksandr Solzhenitsyn. As former Secretary of the Communist Party Mikhail Gorbachev said after the fall of the Soviet period, in the Soviet regime there hung a picture of Lenin in every house, but under the picture of Lenin was a picture of the Black Madonna. Finding and returning to the source is what American and European Jews do today who make aliyah to Israel, and Paris’s situation today is very similar to Israel’s.

Paris and France today should learn from Israel as Mr. Bennett says. France might even consider retooling its military to something similar to the IDF—Israel Defense Forces—which takes in foreign volunteers from the wider world and is geared to the special circumstances of israel, now becoming the new normal for France and other European nations. The antiquated NATO arrangement is useless in these new circumstances.

And consider even a repatriation movement, offering citizenship to those who in hindsight might have considered the journey to America or elsewhere a wrong turn these past centuries; a external journey not to liberation but to exile.

And offering instead, passage home. 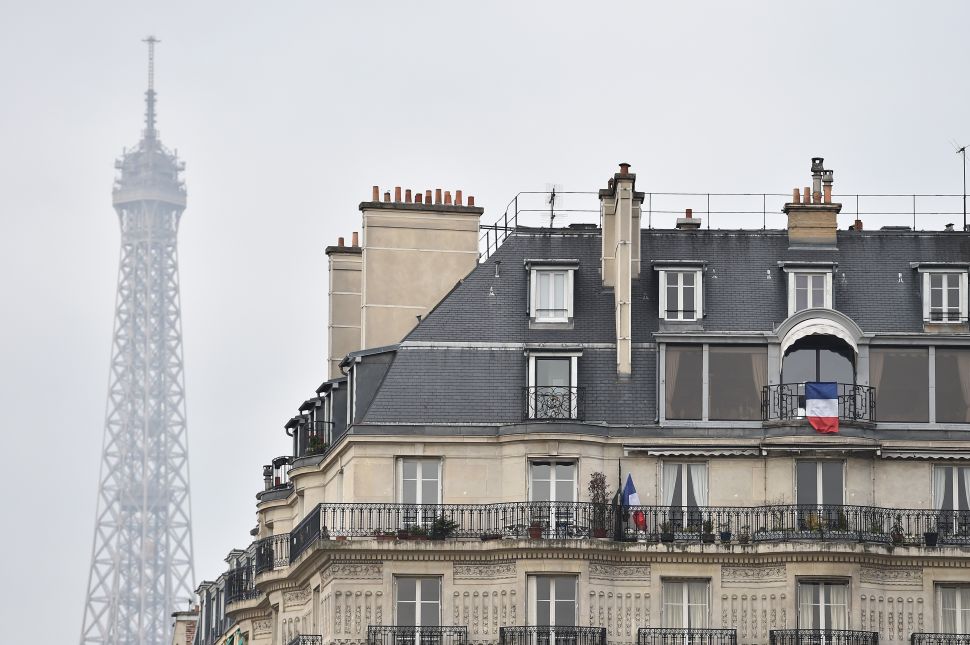