The behemoth ride-sharing service Uber has jolted city after city like a mighty earthquake. It has gained a momentum that seems almost unstoppable. Some say it portends the future of the U.S. economy. At the least, taxi companies and their antiquated medallion system are being crushed.

And yet Uber may not be as invincible as it seems. As CEO Travis Kalanick fully knows, Uber’s success or failure will hinge on one major “input” into its business: its drivers (at least until driverless cars come online, which, depending on who you talk to, is either just around the corner or will never be perfected enough to clear the regulatory and liability hurdles for everyday use. I lean toward the latter view.) Without sufficient numbers of drivers, Uber’s $51 billion valuation will head south. Any smart investor should be asking, “How does Mr. Kalanick treat his drivers?”

Uber is fond of calling drivers “partners,” yet it doesn’t treat them like that. Instead, it treats them like—in the words of one driver who I interviewed—“gum on the bottom of their shoe.” Time and again, Mr. Kalanick’s self-interest has clashed with that of his driver-partners. As the history of taxis shows, drivers are better off when the number of cars on the road is limited to some degree—fewer cars keep demand as well as wages up. But Mr. Kalanick is flooding the streets with Uber cars, creating a large “reserve driver pool,” not only to reduce customer wait times but also so he can swamp the competition and grab market share.

If this multibillion-dollar company is going to nickel-and-dime its “partners” in countless miserly ways, the drivers will fight back.

But drivers have a bigger complaint with Uber than too many cars—Uber keeps unilaterally chopping their pay. How much Uber drivers actually earn is a matter of some controversy. Mr. Kalanick, in one of his many P.T. Barnum-like claims, crowed in 2013 to the Wall Street Journal that Uber drivers were pulling in $100,000 per year. An Uber ad I saw on Craigslist in August 2014 announced to prospective drivers “make over $1850 per week,” which works out to over $96,000 on an annual basis. Despite the “doesn’t pass the laugh test” quality of those figures, they were cited in the media for months. If true, those figures would have meant a full-time Uber driver was in the top 20 percent of income earners in the United States.

Mr. Kalanick challenged journalists to ride with Uber drivers and ask for their pay stubs, so some enterprising journalists did just that. Buzzfeed’s Johana Bhuiyan took rides with 11 randomly chosen Uber drivers in New York City, and found that after subtracting the usual costs of driving in New York, Uber drivers don’t earn much more than taxi drivers on an annual basis.

Mr. Kalanick’s exaggerations about drivers’ wages later was debunked by a report from his own company. In January 2015, Uber released a report, based on its own internal data, co-authored by renowned Princeton economist Alan Krueger. That report claimed that Uber had over 163,000 drivers (as of October 2014), which if true meant the company was an über job juggernaut, to be sure. But in fact 80 percent of the drivers were part-time, with over half of them driving fewer than 15 hours per week; indeed, only half the drivers remained active a year later. With Uber’s own report showing that most of the “jobs” were temporary and extremely part-time, Mr. Kalanick’s boast of being a champion job creator was severely tarnished.

But the Krueger report also inadvertently tripped up Mr. Kalanick in his other fantastical claim that Uber drivers are earning comfortably high middle-class wages. The Krueger report said the wage for drivers was on average $17 an hour in Los Angeles and Washington, D.C., $23 an hour in San Francisco, and $30 an hour in New York. Based on that, a driver in L.A. or Washington, D.C., would have to drive 5,800 hours per year—a minimum of 16 hours per day, 365 days of the year—and a driver in New York, 3,300 hours per year—at least nine hours per day, every day of the year—to reach $100,000.

Still, one could say that earning $17-$30 per hour is a decent wage. Yet inexplicably the numbers in the Krueger study did not take into account the Uber drivers’ expenses, such as the cost of gas, maintenance, car loan payments, vehicle depreciation, tolls, insurance, car wash, traffic tickets and other pay outs. Those costs are substantial, anywhere from $7,000 to $10,000 per year. Drivers can deduct some of these costs from their taxes as business expenses, but there’s no way the numbers add up to anything more than mediocre wages.

It gets worse. The data for the study came from October 2014, yet immediately following the report’s publication in January 2015, Uber cut its driver rates yet again in 48 cities. That latest wage cut lowered actual earnings by about 40 percent—meaning the report’s data was now obsolete, an obvious point that the media completely missed.

When the Krueger report was released, and while the media compliantly reported Uber’s spin, the online chat boards of Uber drivers lit up with hundreds of sarcastic comments. “This is also why when a drug company tests its own drug you take the results with a big spoonful of salt,” wrote one driver. Wrote another: “Uber is great, according to studies commissioned by Uber…my study says I make less than minimum wage.”

Uber has a reputation for playing fast and loose with the facts, and so it was remarkable to me that the media (not to mention Mr. Krueger himself, a respected economist) were willing to accept Uber’s numbers at face value. Let’s face it, believing Uber’s numbers is about as sound as believing Greece’s.

Beyond poor wages, Uber feels entitled to suddenly and unilaterally change the drivers’ split of the income from each ride with the company, as well as the rate charged to passengers. There’s nothing contractually locking in these details between Uber and its drivers, and Mr. Kalanick has shown no willingness to negotiate. In 2014, the company slashed fares, in some locations by as much as 20 percent, and then increased its own take of each fare from 20 percent up to 25-28 percent (when Uber first began, it’s take was only 5 percent). So drivers are getting hammered from both ends. Uber did that again in 2015, telling drivers they could make up for the loss by bagging more fares. That’s the Uber solution: work harder, drive longer. There’s a name for that: speed up, usually applied to assembly-line workers.

The net result of these unilateral price cuts is a significant slashing of drivers’ net pay. Uber has done this regularly as part of its ongoing price war with taxis and ride-sharing competitors like Lyft.

In addition, because Uber drivers are classified as independent contractors—1099 workers—they are not entitled to any health benefits, Social Security, unemployment or injured workers compensation, paid sick or vacation leave, or any other safety net benefits.

But mistreated Uber drivers are getting their revenge. Not only do they quit in droves—half last only a year—but some temporarily withhold their services as a means to force “surge pricing.” That’s Uber’s whacky pricing mechanism that causes the fares to dramatically increase anywhere between four to 10 times normal rates when there is a shortage of drivers. Pricing surges put a lot more money into drivers’ pockets.

Former Uber driver Kelly Dessaint lays out the strategy: “As an Uber driver, you learn quickly that it doesn’t pay to pick up passengers unless prices are surging.” So, he says, drivers monitor the app from home and wait for the surge before jumping into the car. Driver Christian Perea, who writes for the industry website The Rideshare Guy, wrote about drivers in San Diego who organized a “synchronized break” during peak Saturday night hours. Fifty drivers all sat around eating pizza until “it would surge pretty crazy,” said Mr. Perea.

If this multibillion-dollar company is going to nickel-and-dime its “partners” in countless miserly ways, the drivers will fight back with the means at their disposal. The supply of drivers and cars is the bottleneck in this industry, and Travis Kalanick is cornering his drivers into a smoldering rebellion. Investors beware.

Steven Hill is a senior fellow with the New America Foundation and the author of the forthcoming book, Raw Deal: How the “Uber Economy” and Runaway Capitalism Are Screwing American Workers. You can follow him on Twitter, @StevenHill1776. 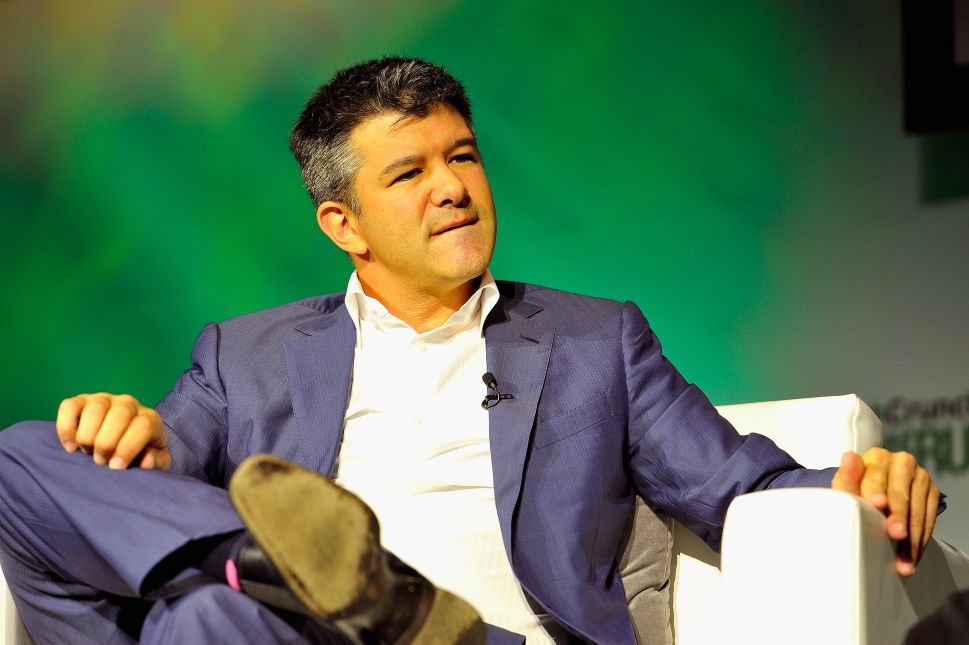