A state judge in Florida issued an order last week that has much of the news media in frenzy. Judge Pamela Campbell is allowing Hulk Hogan to search the computers and cell phones of Gawker and its top executives looking for evidence that the site leaked confidential information about the iconic Rocky III wrestler to the National Enquirer or Radar Online. The court’s order doesn’t quite throw out 200 years of judicial precedent that protects reporters’ sources, but it does crack open the door to how public figures can prove actual malice—and it is scaring the hell out of lots of publishers.

To understand what is at stake, it is important to look at the back-story: Hulk Hogan (whose real name is Terry Bollea) is suing Gawker for $100 million. The lawsuit—which is for defamation, loss of privacy, and emotional pain—involves a leaked sex tape that shows Hogan with the (now former) wife of his (now former) best friend. Who made and leaked the recording is unclear, but Gawker published it.

The judge’s inspection order is unprecedented, and sends a chill into every newsroom in the country.

All materials in the case were sealed. Then, things got more complicated. This past July, an audiotape of Mr. Hogan was published in The National Enquirer and on Radar Online. It featured Mr. Hogan ranting about his daughter dating an African-American man. World Wrestling Entertainment suspended Mr. Hogan and wiped him off its website. After all, it bills itself as a family-friendly company.

The racial rant was part of an interview transcript. Gawker wanted it admitted as evidence during the trial and argued that it showed Mr. Hogan’s true character, and thus it was not possible to defame him. The judge ruled it was irrelevant and barred from the case, and was to remain under seal. Yet somehow, it wound up in online and in print.

Mr. Hogan’s lawyers want to know who leaked it, and convinced the judge that in all likelihood, it was Gawker. Persuaded that there was a reasonable probability that Gawker was indeed the responsible party, the judge called the leak “irrelevant and inflammatory,” and issued specific guidelines for an electronic search. Mr. Hogan could pay for a forensic expert who would be allowed to search all of Gawker’s computers, servers, tablets, cell phones and its cloud back-up—along with the devices of three top executives—looking for 18 specific terms and nine specific statements.

What has the media and news business so disturbed – indeed, running scared – is the potential loss of reporter’s privilege. That confidentiality is not just a plot device of movies and TV shows, but a bedrock principle of First Amendment jurisprudence. It is enshrined in case-law going back to the founding of the republic.

Not surprisingly, Gawker’s lawyers have promised to appeal. And Judge Campbell, recognizing just how controversial her order is—“the extraordinary nature of the relief the court is granting”—wisely stayed the order until November 18. At issue will be just how narrowly tailored the order is, and whether its infringement on the protections and privileges of the press is justified.

We are not fans of everything Gawker publishes; indeed, we have sometimes felt like we’re walking in Mr. Hogan’s giant wrestling boots as different Observer staffers have faced Gawker Media’s sometimes poisonous magnifying glass. But that is not relevant. The judge’s inspection order is unprecedented, and sends a chill into every newsroom in the country. We hope the Appellate Division overturns the judge’s order. 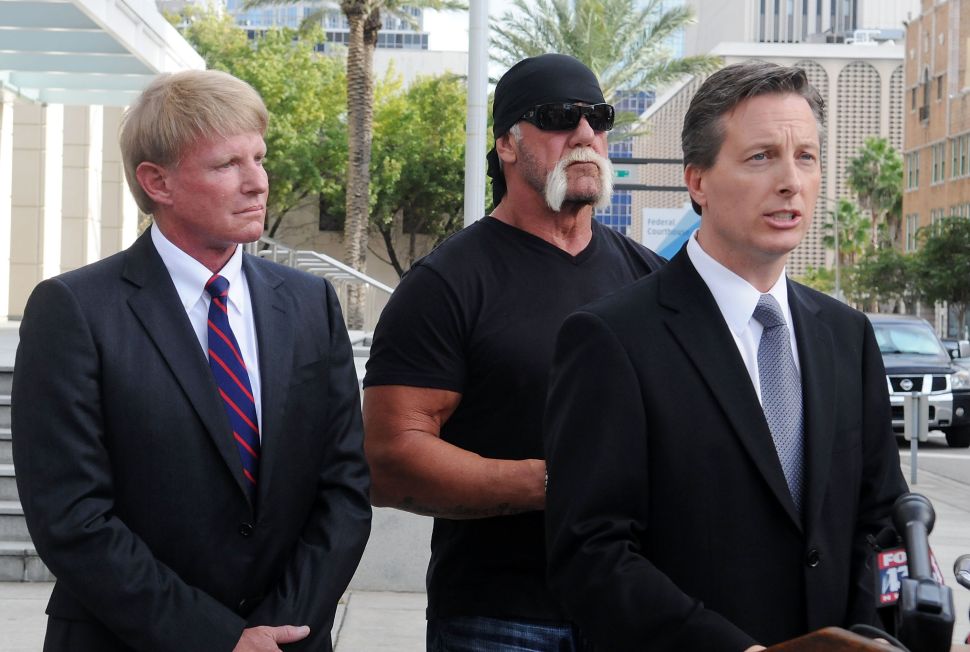