It’s a great time to be alive for elite admirers of the Gilded Age, and the rapid rise of the word “bespoke” bespeaks this. Consider this very fair question: Why say “made to order” or “custom-made” when, instead, you can sound like an asshole and say “bespoke”?

“Thirty years ago when I entered the trade it was really only tailors who used the word ‘bespoke,’” Thomas Mahon said in an email. Mahon is head cutter and director of English Cut, a bespoke tailor in London. He said he first noticed abuse of the word about a decade ago “and now it’s everywhere.”

It’s everywhere because this is a new era for the dandy. Without a doubt, there’s a popinjay somewhere—probably in Brooklyn, San Francisco or east London—who just back-to-the-futured this luxurious Gilded Age day: He groomed his beard, waxed his mustache, snapped his suspenders, popped in a monocle, and rode a penny-farthing to the barber for a haircut with a straight razor. A ragamuffin outside the shop offered to shine his shoes, which were recently repaired by a cobbler, but he was hungry and knew of a new cafe where he could eat artisanal goat’s milk brie, a farm-to-table sunflower salad with awakened okra, and slurp down a few locally-harvested bay oysters before he met with his bespoke tailor to choose a fair-trade fabric.

In tailoring, a made-to-measure suit might be customized but that does not make it “bespoke.” The word “bespoke” originated in the days of William Shakespeare. When a customer chose a piece of cloth it was said to have “been spoken for” and the pattern was cut specifically for that person rather than tweaking a template. That was—and still is—the only way a bespoke suit can be made.

“MTM tailoring is a classic misuse,” Mahon said of made-to-measure. “A perfectly respectable product but it’s been designed for a mass market and can only be adjusted or tuned to a certain level.”

Using “bespoke” to describe any other kind of custom suit, Mahon said, “makes the product appear superior and is often used to justify an increased cost for the consumer. The ignorance to the difference can adversely affect the perceived value of a true bespoke product.”

This is also what would happen if a fast food joint started selling “bespoke burgers.” The rise in the usage of “bespoke” seems mostly to be an advertising ploy to charge more than something is actually worth. This is, always has been, and always will be the job of advertisers.

Parents of Millennials were bamboozled by Fahrvergnügen in the ’90s. Volkswagen invented that word in an attempt to combine the German words for “to drive” and “pleasure.” But Volkswagen has done worse things.

Millennials also can have a good laugh at their grandparents’ expense by asking them about “Corinthian leather.” Chrysler made up the term and used the slick salesmanship of Ricardo Montalban to peddle cars in the ’70s and ’80s. The leather actually came about as far from Corinth as you can get: a factory near Newark, N.J. produced it.

Häagen-Dazs sounds like it comes from some snowy, vowel-loving country in Europe but the ice cream was invented in the Bronx in the ’60s—and the name doesn’t mean anything.

The word “dependability” is claimed by some to have been invented about a century ago by the Dodge brothers to sell their automobiles. While the word’s origin predates their ads, there’s little doubt that Dodge popularized its use in America.

Oh, it’s easy to be critic, and this rant might seem a bit jaded but, right around the time “bespoke” first appeared, so did the words “critic,” “rant” and “jaded.” Shakespeare coined those last three, or at least popularized them, in much the same way the Dodge brothers gave us “dependability.” As in advertising, the Bard of Avon stayed busy inventing language. He’s been given credit for about 1,700 words, although this claim is disputed more regularly as people find new digital ways to challenge the dusty, pro-Shakespeare OED.

So there might not be too much need to besmirch the widening use of “bespoke.” Even Mahon, who cuts his bespoke suits just a few miles from the original site of Shakespeare’s Globe Theatre, agrees that the word doesn’t have to live only and forever on Savile Row: “I think it’s fair to use the term for anything that’s made with only the requirements of an individual or group specifically in mind. From the onset to completion.”

However, that doesn’t mean anyone who is not a tailor can use “bespoke” willy-nilly and not sound like an asshole.

The main objection to its overuse isn’t the definition; it’s the fashion and swagger of those who stretch the word’s limits during this new Gilded Age, wearing bespoke clothes, riding bespoke bikes, eating bespoke food, and drinking bespoke drinks with the same mouth that flings the word around to show off like a well-dressed, well-fed, well-drunk bearded jerk.

Maybe one day everyone will be able to afford a bespoke burger and the word won’t arouse such ire as with today’s bespoke-wielding scalawags. After all, there might have been a time when someone who said “fashionable,” “swagger” or “arouse” was viewed the same way. Shakespeare is said to have invented those words, too—and much more to the point, in “Measure for Measure,” he gave us the word “advertising.”

Robb Todd is a writer and editor at places such as The New York Times, Fast Company, New York Observer, and elsewhere. More here: robbtodd.com. 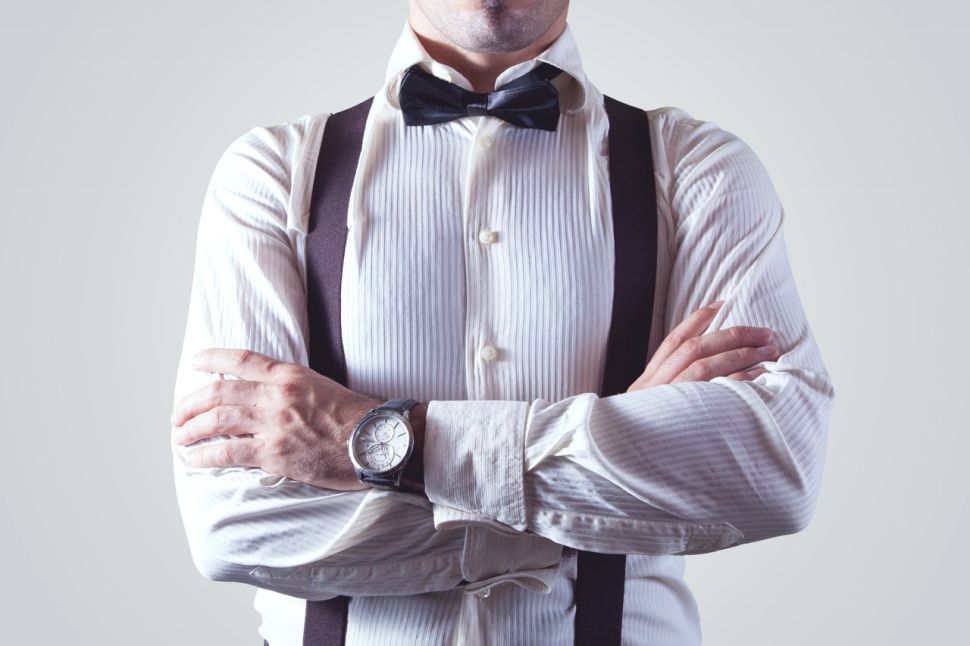