As part of a talk I’m giving in dozens of cities around the world the last couple months, I mention 5 principles that help me when approaching new side projects. Especially when speaking about new ideas I often like to speak about the concept of “Ignore Everybody”. My main inspiration comes from a book with the same title by Hugh Macleod.

In general, I’m not a big fan of random ideas. Ideas are cheap, because everyone has them. Getting shit done is what counts in the end.

But still, there is something magical about a great idea. We have to understand that ideas are by nature very fragile. They’re like little naked babies, unable to protect themselves.

If we really believe in a new idea, we have to protect her with great effort. This is difficult, because oftentimes the greatest ideas get killed by the people around us. Executing on a great idea is by nature a lonely path. If everyone would agree with you, the idea is probably not that great anyway.

In the end, everyone seems to be against you — And that’s where you have to decide for yourself to use selective ignorance. Hugh Macleod puts it simply:

The more interesting or original your idea is, the less good advice other people will be able to give you. The idea is your baby, it’s fragile and it needs you to protect it until it’s strong enough to survive others people attacks.

Interesting enough, we do everything possible to kill great ideas immediately. We get 20 people into a brainstorm meeting where everyone throws out one idea after another, just to see it being killed instantly. Brainstorm meetings are the places where good ideas go to die, unfortunately.

On top of it, we often survey the “smartest” people and gather feedback for our new idea. Unfortunately, the smarter the people in the group, the more reasons they will find why your idea won’t work.

In the beginner’s mind there are many possibilities, but in the expert’s there are few. ― Shunryu Suzuki

George Lois (the original Mad Men) once said: In order to create good work, you spend your time on 1% Inspiration, 9% Perspiration and 90% Justification.

90% are protecting your idea, and slowly, through hard work, winning over people on your side by justifying your idea.

But the secret to this is often to Ignore Everybody at first. In the beginning, you are often as fragile as the idea itself, and all you can do is shut yourself off from other opinions. Sticking to your gut feeling and working on your idea until it’s strong enough to survive on it’s own.

When Larry Page & Sergey Brin came up with the idea to build a search engine, it seemed to be a horrible idea. More than five other search engines already existed, and none of them was commercially successful.

In 1902, the New York Times wrote that the price of cars will never be cheap enough to make them as popular to the masses. They called it “impractical” with no future in sight. And yes, this statement came from one of the “greatest newspapers”.

AirBnB seemed to be a horrible idea. Couch surfing was already known to be a weird thing some hippies do, but not the masses.

An online messaging service that borrows the limitations of SMS so you can only write within 140 characters? Seriously, Twitter seemed like the worst idea you can have in the midst of all the possibilities the internet has brought us.

An app where you can record short video clips that disappear forever after you watched them once? That seems like a pretty fragile idea, until it was called Snapchat.

In 1876, Alexander Graham Bell offered to sell his patent for the telephone to the Western Union. They politely dismissed the offer with the reason for it “being a useless toy that would never amount to anything”.

In the end, we can learn two things from these stories:

1. Ignore everybody while working on a new idea. If you’re in love with it, chances are 50/50 and NO one other than you will be able to give you the advice you need. Don’t ask for advice, roll with it! Or do it like I sometimes do: If 10 people call you stupid or an idiot, you got your validation, now prove them wrong.

2. While seeing other people working on their idea, we can try to be more open rather than dismissive. But then again, I also believe in dismissal being a motivator to try harder for myself. It’s really up to you on how you treat other peoples ideas.

I hope you enjoyed the read, and please shoot me a tweet if you have feedback, comments or just want to send over a high five.

If you enjoyed this article, make sure to sign up to my email list, where this piece first appeared.

Tobias van Schneider is the Co-Founder of Semplice, a new portfolio platform for designers. He’s also host of the show NTMY — Previously Design Lead at Spotify & Board of Directors AIGA New York. 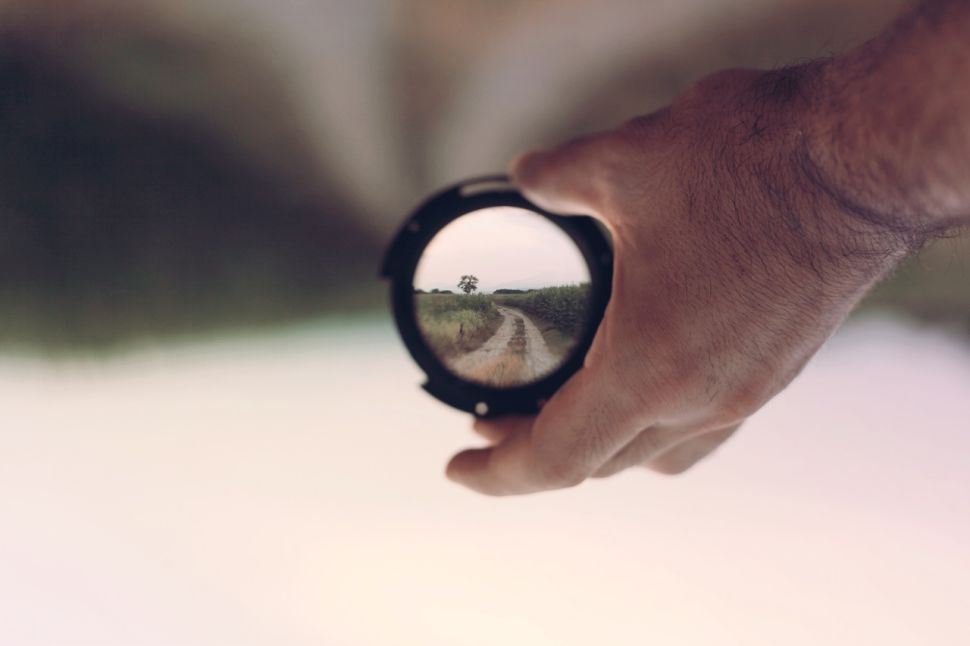