Joey L.’s portrait of a militant woman in the Kurdish Workers’ Party (also known as the ‘PKK’) named ‘Sarya,’ holding a rocket-propelled grenade launcher, was taken down from Instagram in September, along with other images from the same project, as PetaPixel previously reported.

Today, the same portrait opens to the public in London’s National Portrait Gallery, as part of the Taylor Wessing Photographic Portrait Prize show, which will be on display through February, then travel within the United Kingdom until later in 2016, according to a message sent to Mr. Lawrence, shared with the Observer.

The 55 photographs selected for the show were picked from 4,929 submissions entered by 2,201 photographers from 70 countries, according to a spokesperson for the National Portrait Gallery.

Mr. Lawrence took the photo on March 4, in Makhmour, Iraq, according to his caption on the same photo on Facebook, where it has not been removed.

“I have had many photographs banned from Instagram of the PKK,” the photographer, whose full name is Joseph Lawrence, told the Observer via Internet chat from London. “When the removal of images first started in September, I opened the app, and it had informed me an image had been removed for violating community guidelines. It falls under their category of images in support of a terrorist group, which the PKK is listed by both Turkey and the United States.”

In a comment to PetaPixel, an Instagram spokesperson would only point to a line from its community guidelines, which reads: “Instagram is not a place to support or praise terrorism, organized crime, or hate groups.”

When the images were first taken down, he took it in stride. He didn’t view Instagram as essential to his work, and he respected the company’s right to operate its service as it saw fit.

His view has become more nuanced with time.

He wrote: “I am glad the photo series has provoked such a conversation. I think it raises some very good questions that should be debated. If we think that social media equals the independent, free speech it once was celebrated for, perhaps it’s not any more? After all, many people organized on social media which led to the protests in Syria, which eventually led to the civil war. So who knows?”

The original photo has never been reposted on Instagram, though a second photo of him holding a print of it, seen below, has remained up.

UPDATE: This version of the story has been updated with information from the National Portrait Gallery about the number of photographers that participated. November 12, 2015 8:39 a.m. 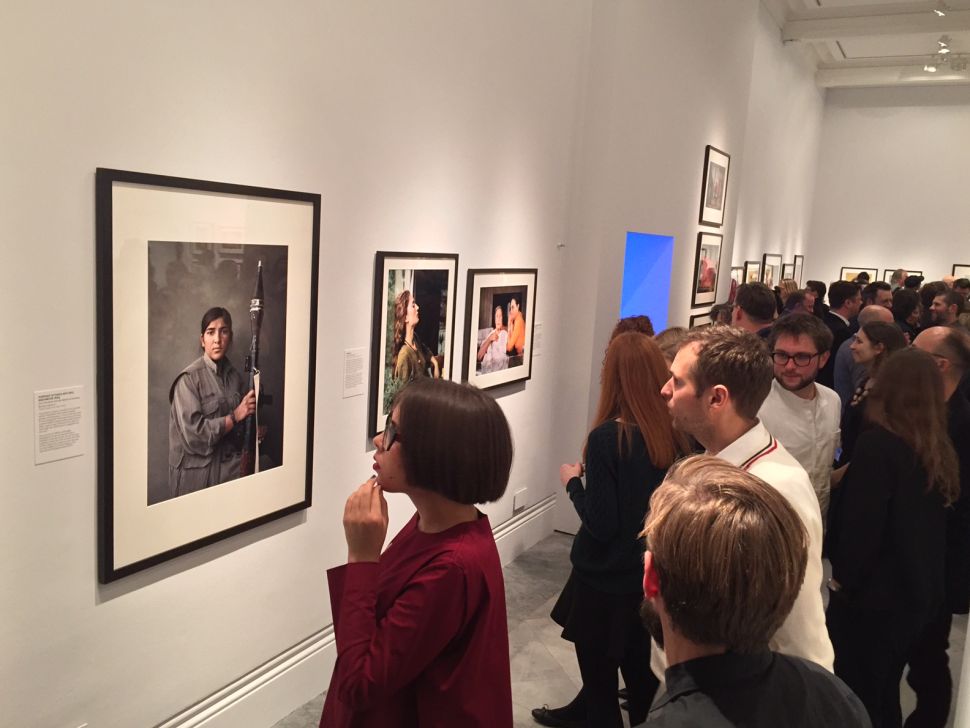