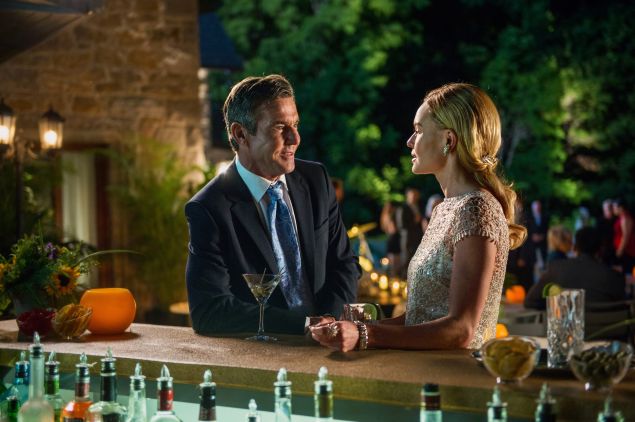 Streaming service Crackle is jumping on the original programming bandwagon. Their first entry into the arena is the one hour scripted drama The Art of More.

Set in the seemingly glamorous, but surprisingly cutthroat, world of premium auction houses, the ten episode series delves into the behind-the-scenes business of collecting both power and things, no matter what the cost.

“At its core, this series is all about the nature of human desire,” explains creator and executive producer Chuck Rose. “Auctions are about that unbridled desire; all these people are in the same room and all of them desperately want something, many of them want the same thing and it’s interesting to watch what they’ll do to get it.”

Rose says that he came to this idea years ago, revealing, “I’ve always been fascinated with the art world. Right out of college I was broke and museums were one of the few ways you could spend a day for free. It got me thinking about all the stories I could tell. Years later I had a friend who worked at an auction house and I said, ‘That must be so exciting,’ and she said, ‘No, it’s horrible! It’s cutthroat and really competitive!’ I don’t think most people are aware of that and I also thought that it’s really interesting the route a piece of art takes from where it begins to where it ends. So that’s how I came to explore this world and write about it.”

At the center of a series is Graham Connor (Christian Cooke) a scrappy Brooklynite whose blue collar upbringing included cherished museum outings as well as teenage run-ins with the law.  Graham’s skill set served him well as an Army soldier stationed in Iraq, where he became involved in artifacts smuggling. Mentored by aristocratic antiquities collector Arthur Davenport (Cary Elwes), Graham is competing against Roxana Whitman (Kate Bosworth), a top account executive at the rival auction house, as both of them are determined to land what will be the auction of the decade: the world-class collection of charismatic real estate tycoon and self-made billionaire Sam Brukner (Dennis Quaid).

Related: Our interview with ‘The Art of More’ star Cary Elwes

“I really like the idea that this is about a guy who was a solider who learned about art in the battlefield and then came back to New York and really wanted to take the straight and narrow path working in the art world, but who ends up back in the smuggling game,” says Rose. “He’s so conflicted that at one point he says, ‘I have to be the mastermind of something I want no part of.’ He’s really gets dragged into a situation that you quickly realize is incredibly dangerous.”

Actors Elwes, Bosworth, Quaid and director Gary Fleder are generally thought of as only working in film, but agreed to the series after reading the material. “Cary, Kate and Gary had never done TV before and Dennis wasn’t really looking for a series, but they all responded to this and came onboard rather quickly,” explained Rose.

To really map out the trajectory of the series for all involved, Rose immediately wrote a show bible for both the executives and the actors to explore.  “Because the series is serialized the executives wanted to know where the characters were going and that’s obviously not in the pilot script,” explained Rose. “The actors said reading the material gave them insight into how to play their characters knowing where they were headed.”

Tamara Chestna, also an EP on the series, disclosed that Quaid’s character was influenced by a real life figure—Donald Trump. “This was before he was running for President,” Chestna said with a laugh. “But let’s remember, before he was a candidate, he was still this larger than life guy.” Rose clarifies, saying, “I liked the idea of a guy who wasn’t born into a blue blood world using his collection of art to get his seat at the table and that’s Sam Brukner. Now Cary’s character, Arthur Davenport, is a guy who comes from generations of nobility and he’s not happy about this interloper. It just goes to show that not all of the 1 percent are alike, with the old school Davenport and Bruckner who bought his way in.”

The producers say that they’re comfortable with all ten episodes releasing at the same time, for a few reasons. “I think it’s the future of TV, people crave using that ‘next episode button,’ and if they have to wait a week to watch the next episode it might put a damper on their momentum,” says Chestna. Rose added, “The thing is we told the story we the way we wanted to tell the story whether it would be a week to week series or released all at once. Each episode flows out of the one before it and builds to a climax so the making of it was no different, but I think in watching the episodes in a seamless manner, it allows for the audience to pick up on nuances that they might not get if the episodes were spaced out in a weekly fashion.”

The producers admit that they do feel a bit of pressure, being Crackle’s first series with Chestna saying, “It’s kind of a blessing and a curse in a way. We’ve had so much amazing support from Crackle during every part of the process, so sure, being their flagship drama we want to perform well for them.” She paused a moment and added, “You know curse is too strong a word. There’s no curse here really. We’re happy to have a lot of people watching us as we hopefully set the tone for things to come.”

Rose says the finished product is absolutely ready for mass consumption and he believes The Art of More has just what viewers are looking for in their next series. “We have a lot of elements of great drama—greed, sex, passion, desire—and all of that takes place in a world that people haven’t seen before with a cast of people who don’t generally do TV and who are so perfect in the roles they’re playing that it’s amazing. I think this is really just so fun to watch that once you start, you won’t want to stop.”

All ten episodes of The Art of More are available on Crackle Thursday, November 19. 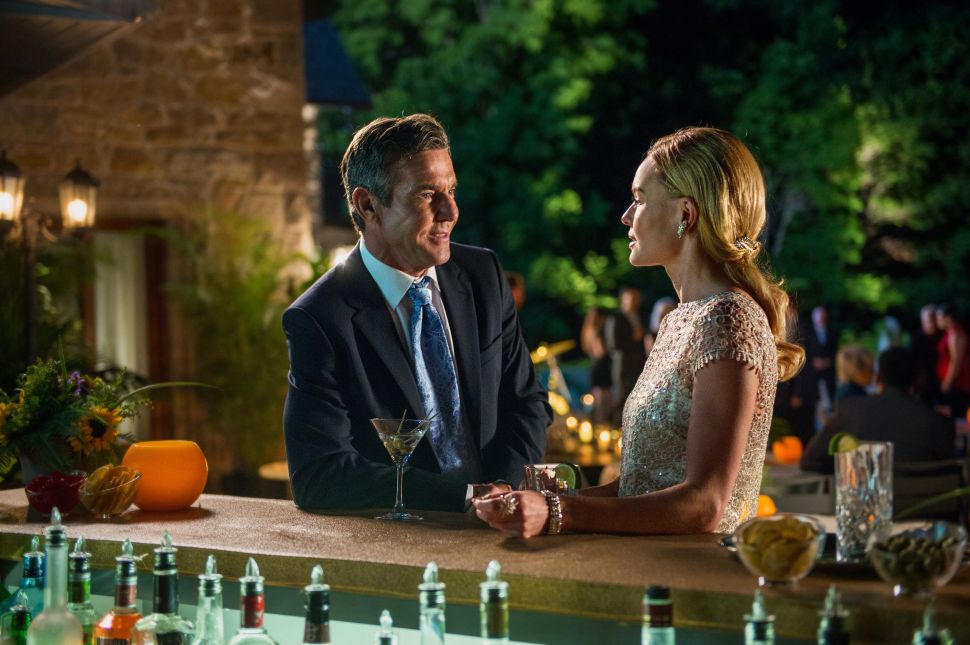 Filed Under: TV, TV, Crackle, The Art of More