ATLANTIC CITY – They say the place has prohibition roots, this little double decker tavern elbowed nearly to the edge of the Atlantic Ocean called the Irish Pub, and inside a throng of labor brass raised their mugs in the direction of Monmouth County Democratic Chairman Vin Gopal and Jersey City Mayor Steven Fulop.

As the 2017 gubernatorial candidates hobnob now with abandon at this year’s League of Municipalities Conference, another story line stood out in the packed room: the presence of New Jersey Education Association Vice President Marie Blistan hovering near the Democratic assemblypeople-elect from LD11:  winners Joann Downey and Eric Houghtaling (pictured below).

This is the pair – with the help of the NJEA, Democratic leadership, South Jersey PAC money and Gopal – that took down Assemblywoman Caroline Casagrande and Assemblywoman Mary Pat Angelini. They stood in circle after enclosed circle of attendants and well-wishers, Democratic State Party Chairman John Currie among them.

As Fulop and his 2017 statewide rivals Senate President Steve Sweeney (D-3) and former U.S. Ambassador to Germany Phil Murphy try to make their best impressions on those pillars of the party who will award lines in a Democratic Primary – the event enabled Fulop to shimmy up next to Gopal, whose stock jumped two weeks ago when Downey and Houghtaling won.

Given the amount of money that flooded LD11, party players already see taffy pull implications in the presence of the two newcomers from Monmouth, with everyone trying to claim credit for their victory. 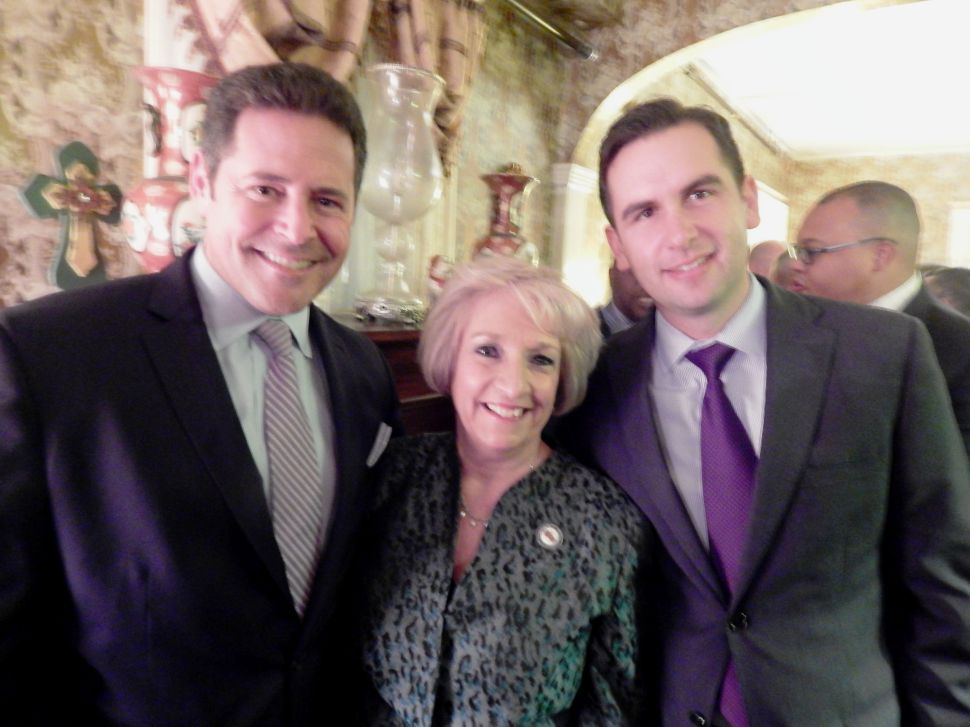