The UN Convention on Climate Change’s latest conference, or COP-21, just kicked off in Paris. The goal: set the world on a course that keeps warming below 2 degrees Celsius (3.6⁰ Fahrenheit) above pre-industrial levels. And anyone who’s been paying attention knows that it will be a serious uphill climb.

To start, there are the Republicans. Senators Mitch McConnell, Marco Rubio, James Inhofe and others have said not only that developing countries aren’t taking action on climate change, but that their pledges to tackle climate change aren’t trustworthy.

These claims merit some unpacking.

In 1973, 66 percent of fossil fuel-related carbon emissions were from wealthy OECD countries (North America, Western Europe, and Japan; now a few others too). This fact explained why the Kyoto Protocol, vintage 1990s, basically ignored the non-OECD countries (aside from the former Soviet Union).

Nowadays, five of the world’s top 10 emitters are developing countries (if the EU is taken as a single emitter) with China, India, and Indonesia all in the top six, trailed by Brazil and Mexico. Moreover, these countries’ share of emissions will only grow. The future of our climate depends heavily on developing countries finding a way to decarbonize their economies.

The run-up to the Paris negotiations has made it much easier to assess claims like this, because nearly all countries have publicly submitted national action plans on climate that are roughly akin to pledges to reduce countries’ trajectory of emissions over the next five to ten years. These plans – known in diplomat parlance as “Intended Nationally Determined Contributions,” or INDCs – are already drawing unprecedented scrutiny, and allow for something akin to apples-to-apples comparisons among countries on parameters such as ambition to reduce greenhouse gas (GHG) emissions. One of the Paris conference’s big objectives is to formalize these INDCs into binding commitments. 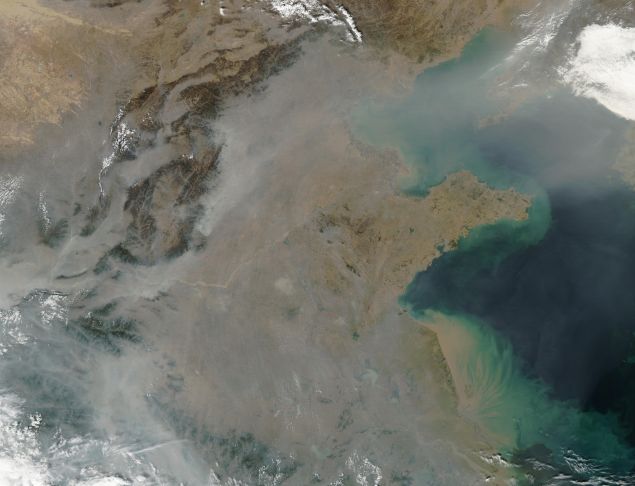 The good news: the world–both developed and developing countries–has been making progress on climate change recently. All the world’s major emitting countries – and, as of November 29, 149 submissions in all, representing some 176 countries and 95% of GHG emissions–have submitted INDCs.

But these INDCs are just the beginning. First of all, by themselves, if implemented they will only reduce the expected warming from roughly 4.5⁰C (8.1⁰F) to an estimated range of 2.7⁰C to 3.7⁰C (4.9⁰F to 6.7⁰F), so we’re barely halfway to even having a plan for getting to where we need to be. Consequently, guidelines on ratcheting up the ambition in future years with revised INDCs are crucial. Second of all, for the deal to stick, there need to be a lot of other ingredients, including rules for transparency and accountability: will countries do what they say they will?

So how are the big developing countries doing? Let’s start with China.

China is the elephant in the room. China alone is responsible for 10.3 billion metric tons of carbon dioxide emissions per year, or 29 percent of the world total. China added the entire emissions of the United States–about 6 billion tons–in the span of about 12 years. If China were to keep up this pace, the rest of the world’s actions to swear off of fossil fuels wouldn’t much matter.

Knowing that, perhaps, China has made some very serious commitments to scrubbing carbon dioxide from its energy system. In a landmark joint deal with the U.S. announced last November, China pledged to cap its emissions for the first time, promising to peak by 2030. China further promised to cap its coal use by 2020 and also promised to bring its share of carbon-free electricity to 20% by 2030, which amounts to adding nearly 1,000 gigawatts, or almost the entire U.S. grid’s worth of electricity in renewables and nuclear alone, to its grid in the coming 15 years. This would seem to be a fantastical goal – until you realize that China invested $89.5 billion in renewables in 2014, accounting for almost one third of all clean energy investment in the world.

New studies show that 1.6 million premature deaths, or one-sixth of all deaths in China, annually result from air pollution alone.

The results are starting to show. In 2014 China’s emissions dropped for the first time in over a decade, the single largest factor behind global carbon emissions plateauing last year. China’s coal use is down 6 percent over the first four months of 2015. These facts are not likely to be just a coincidence unplanned by China’s government minders. First, China is choking on its own air–according to one report, nine of the world’s 50 most polluted cities are in China.

This catastrophic air pollution is leading to unprecedented measures to clean up industry in major cities such as Beijing and Shanghai. New studies show that 1.6 million premature deaths, or one-sixth of all deaths in China, annually result from air pollution alone, which come largely from coal-burning power plants and industry (as well as vehicular pollution) – the same sources of most CO2 emissions.

And China understands well that it cannot maintain its efforts at ‘peaceful rise’ if it does not take climate change seriously–a core issue to scores of developing countries in the Asia-Pacific, African, and Latin American regions where it is seeking to project soft economic and political power. China recently reached a climate agreement with France, issued a joint statement with India in May recognizing climate change as one of the “greatest global challenges of the 21st century”, and in September pledged $3.1 billion in funding to the global Green Climate Fund – potentially more than the U.S. contribution – to support other developing countries, all indicators that China increasing diplomatic focus on climate change.

This is not to say that China has done or is doing all it can. ClimateTracker judges China’s INDC to rate ‘medium’, in the middle of the global pack.

The New York Times recently reported that China has been slow to shutter coal plants it does not need, and in fact continues to open scores of new ones. China is still struggling to wean itself off of the emissions-intensive path it has followed for the past two generations.

But so are all countries struggling to be virtuous actors on climate. With China now credibly taking action to tackle its emissions and be a responsible global actor in climate diplomatic settings, accusations, particularly by Republicans, that China isn’t being serious ring hollow. 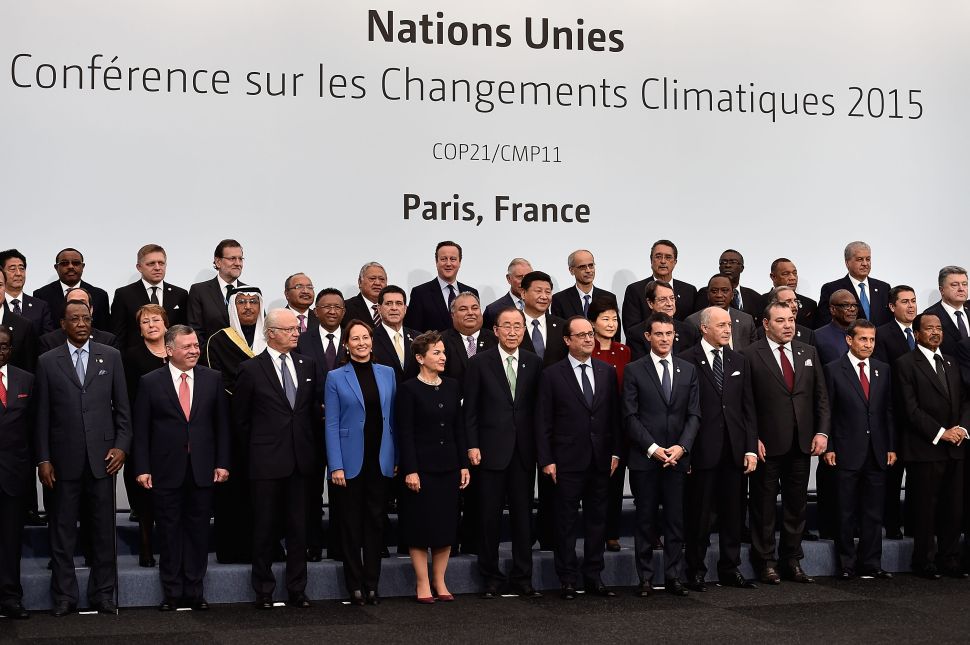