“This is not hyperbole, this show definitely would not exist if Amazon hadn’t picked it up,” Isa Hackett tells me by telephone, two days before Man in the High Castle‘s entire first season debuts on Amazon November 19. “We literally went everywhere else. We got notes from everyone.”

She’s not kidding. Ms. Hackett and a revolving team of writers and producers have been trying to get the adaptation of vaunted sci-fi writer Philip K. Dick’s 1962 novel of the same name off the ground since 2006. Mr. K. Dick’s novels have been transformed into some of cinema’s most influential films (Ridley Scott’s Blade Runner, Steven Spielberg’s Minority Report) but High Castle, which Ms. Hackett refers to as the “crown jewel” of the catalog, proved a tough sell.

Published in 1962, the Hugo Award-winning book tells the story of an alternate-reality America, in which the Axis powers won WWII and the United States is controlled by Germany and Japan. It’s an idea just grand enough — and expensive — to receive passes from both the BBC and Syfy. It wasn’t until Amazon asked Ms. Hackett, along with celebrated X-Files writer/producer Frank Spotnitz, to participate in its 2015 pilot season that Man in the High Castle found a home.

To understand Ms. Hackett’s determination, there’s a small fact that plays a large part — she just happens to be Philip K. Dick’s second daughter. In addition to executive-producer duties Ms. Hackett co-runs with her siblings Electric Shepherd Productions, the company overseeing any adaptation of her father’s many novels and short stories.

In long conversation Ms. Hackett and I discussed the pressure’s of adapting her father’s work, of course, but we also touched on how this uncomfortably familiar story, one that network’s found too unsettling to produce for years, might just bring us together.

“If you want to talk about freedom, and Democracy, and what’s important about it, watch this show.”

Can you tell me abut the conversations you had through the adaptation process? What absolutely needed to change to make Man in the High Castle into a TV series, and what did you absolutely want to remain the same?

My approach, always, to these things is I find great people that I know have the same sensibility, and understand and respect the work. Then I can go in with an open mind. It’s their job to do the adaptation, and it’s about how they want to frame it. I’m not trying to control things, I’m not telling them what they can and cannot do. They’re incredible creative people, and they deserve a lot of respect that way. It was clear to me that Frank intended to keep the spirit and the intention of the novel alive.

In the show, The Grasshopper Lies Heavy [a pro-Allies novel within the original novel] is depicted as a film.

That was something that was actually decided all the way back when we worked with BBC. [Blade Runner director] Ridley Scott came into that conversation and that idea came up, and we all loved it. TV is a visual medium. It’s much harder to dramatize people reading books [laughs].

Changes just need to be made when you’re switching mediums. The original novel is meditative, it’s very internal, it’s super subtle, the end is ambiguous — that’s not a show. And I really understand that there are fans that are really uncomfortable with changes. And I get it because it’s personal, they love the book and it affects them in a personal way and they become very passionate about it. I really understand that. But when you’re doing a show, a different structure is necessary. Frank was really able to build this structure where the human stories are depicted in a much longer sort of form.

And you also add the idea of a Resistance.

That was the biggest change, and we talked a lot about this. The idea is not the focus of the show is the Resistance, it’s not about the Resistance rising up and taking back their country. What we’re trying to show is that there is an element to this world that feels the need to fight back. That feels relevant to today’s world, and I think it needs to be there.

That’s actually something I found interesting, is how relevant this story still feels. You’re using iconography from the past, but it never feels unrealistic and that makes it uncomfortable.

Well there’s a lot about Man in the High Castle that is relevant today, most obviously because it’s an anti-fascist novel. And when he wrote it, fascism existed in the world, as it does today. With the show, we’re exploring what fascism means on so many different levels — spiritually, emotionally, how do our characters hold on to their humanity in this world? And if you’re going to resist these type of forces, what are the ways you resist? I do think that’s relevant. It’s fair to say fascism is always and ever-present threat. If you want to talk about freedom, and Democracy, and what’s important about it, watch this show.

I will say, too, I’ve seen people respond to the show on the right wing and on the left wing. That’s fascinating to me because maybe there’s something about what the show is saying where we’re finding some common ground. It’s unusual to have people from the polar opposite of the political spectrum identifying with a show, but with different reasons.

Over the years, your father’s work has been notoriously hard to adapt correctly and also become a commercial success. Why do you think that is?

When you’re exploring the nature of reality, and then that exploration itself bends and twists and folds, it’s a little difficult to create a linear version of it. There’s also some pretty radical ideas in there, which is hard to promote to a mainstream audience. There are numerous ideas that would be very difficult to make into something pleasing to the masses. When the adaptations have happened, it has been with varying results. I was part of an adaptation called A Scanner Darkly. That was a really personal novel for my father. because it was actually pretty autobiographical. Richard Linklater adapted it, and he did a beautiful job. But not too many people saw that movie.

I remember that movie, it was sort of praised for its visuals but no one actually saw it.

Exactly, and that kind of proves the point. Sometimes the ideas of the novels, and the way they’re constructed, and the way that they’re dramatized, it’s just a little too radical for people.

But in a weird way, his stories are far more popular now than they ever were in his lifetime. It’s such a rare projection for a writer of his era. A lot of that has to do with the adaptations, like Man in the High Castle, that are helping more and more people seem to be catching up to his ideas. 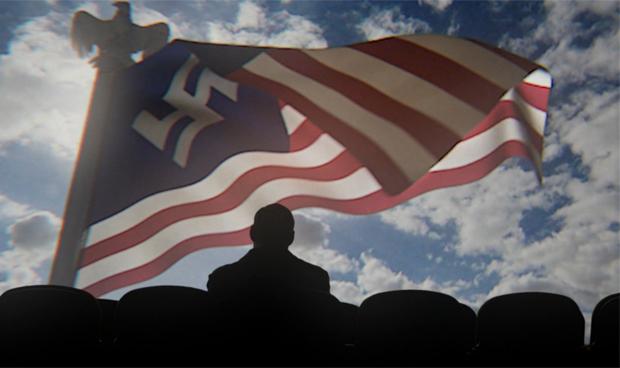