While ISIS wages a genocidal war aimed at killing the maximum number of Christians, Jews and Muslims around the world, the response of Western leaders and the Muslim states of the Arab League has been half-baked, half-hearted and half-assed.

In recent years I have warned about the grave dangers of the next 9-11 happening on American soil in columns for The Hill in Washington and Observer in New York, and in private memos to a high-level list of names you know in the Obama Administration and Congress, who are deeply involved in protecting America from terrorists.

Last Thursday I wrote a column in The Hill that tracks my private advice today, as President Obama will be presented this week with a new plan of action for a more aggressive policy that I cannot discuss here.

With New York, Washington and other American communities facing a credible danger of terror attacks, what follows involves the most important points on several key issues: First, there is no way to defeat and destroy ISIS and protect our communities without an increase in ground troops beyond current modest levels.

The lesson of history since the invention of the airplane is that wars are not won by bombing alone.

While terrorists plan to attack us, our politicians attack each other.

For reasons that are incomprehensible Mr. Obama has been indecisive, incoherent and inept for several years regarding the military response to the dangers of terrorism.  He has resisted the kind of military force that is needed and it is no secret that he has more than once rejected advice offered by a number of past or present CIA Directors and Secretaries of State and Defense.

President Obama is in good company. Major players from both parties in Congress and almost all of the candidates running for president in both parties have refused to offer or support credible plans or make hard choices, for purely political reasons.

The only presidential candidate who in my view has addressed the challenge of terrorism with intelligence, coherence and depth is Republican Senator Lindsey Graham.  The other Democratic and Republican candidates have offered little more than poll-tested talking points and focus-grouped platitudes with partisanship that plays on fear and demagoguery that divides Americans or avoids hard choices.

While terrorists plan to attack us, our politicians attack each other.

Similarly the leading figures in Congress who have addressed the terror threat are Republican Senator John McCain, who is now chairman of the Senate Armed Services Committee, and Democratic Senator Diane Feinstein, who is the top ranking Democrat on the Senate Intelligence Committee. By contrast many others in Congress parade to the cameras of television and offer little more than a vast wasteland of platitudes.

We are all in this together. We should all provide troops to win this war.

Specifically, I believe we need at least 20,000 ground troops. There should be at least 3,000 American troops with additional forces supplied by European nations and Australia and, most important, the largest contingent of ground troops should be from Sunni Muslim nations with the active support of the Arab League.

This is why they all agree that troops from Sunni Muslim nations should be a large part of any military force created to destroy ISIS.

Destroying ISIS does not require a large scale ground force similar to that created during the last Iraq war. It requires the kind of force I suggest here, totaling perhaps 20,000 troops with the largest contingent coming from the Muslim nations. The war is America’s war. It is Europe’s war. It is the Arab League’s war. We are all in this together. We should all provide troops to win this war.

My second point involves refugees. All civilized nations should accept refugees from the conflict.

Europe is currently accepting many refugees but Arab nations are not and this is shamefully wrong.

The Arab nations must do their part and accept their share of refugees and not abdicate their responsibility and ask America and Europe to bear this burden alone.

Yes, America should accept refugees, but our current debate is drenched in demagoguery and misses the most important point. Before we decide how many refugees we accept we must develop plans to make certain that ISIS and other terrorist groups cannot use the refugee program to infiltrate terrorists into America, which they will surely attempt to do.

Let’s develop and agree on the mechanics of a plan to prevent any refugee program from being used by terrorists. Then, once we have the plan, we can decide the exact numbers.

Above all we must recognize the gravity and immediacy of the threat from terrorists to attack New York, Washington and other communities here and around the world.  We have to move beyond the political partisanship and national division that plagues our country and endangers our security.

I first worked with the Central Intelligence Agency when I was a young legislative aide to then-Senator Lloyd Bentsen who introduced the CIA Intelligence Officers Identities Protection Act in the 1970’s. The bill was famous at the time as the “naming names” bill that made it a crime to publicly disclose the names of covert intelligence operatives. The bill was sponsored by Senator Bentsen. I was the staff person responsible for working on it, and in the six years before the bill was finally enacted I met many times at CIA headquarters at Langley and on Capitol Hill with many on the covert side of the CIA—and with leading conservative Republicans such as then-Senator Barry Goldwater—to draft a bill that would best protect their lives and our security.

When I began working for the House Democratic leadership in 1983, one of my first duties was to work along with others under Democratic leaders with the Reagan Administration after the terrorist bombing of the Marine barracks in Lebanon.  The Speaker of the House at the time was Tip O’Neill, who gave us all a direct order to be helpful to Reagan Administration officials in responding to the terrorist threat of that time. And we did.

In those days, and the many years I was involved in national security policy working with the CIA and American military commanders, one of the hallmarks of policymaking was that Democrats worked with Republicans, and Congress worked with presidents, when American lives were at stake as they are today.

If terrorists strike America they will kill our families and neighbors without regard to race or religion, while those who wear the uniform risk their lives from diverse backgrounds to protect us all. 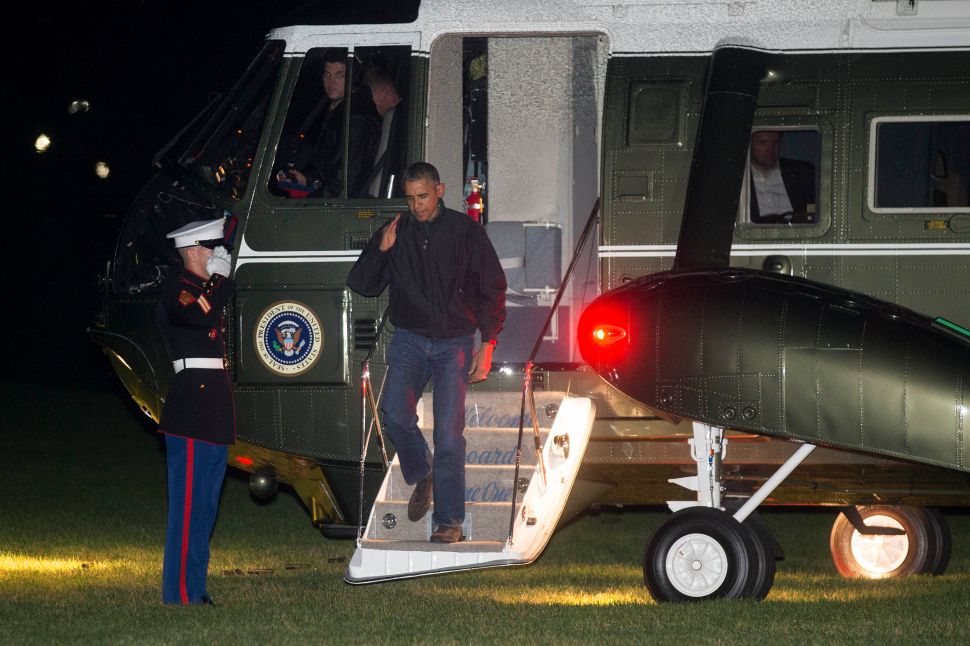