There are certain phrases that conjure the very truth of an era: “England expects that every man will do his duty,” Vice Admiral Horatio Nelson signaled at the Battle of Trafalgar. And this, from Thomas “Stonewall” Jackson when he was asked by a doctor what was the best way to engage the overwhelming number of Federalists: “Kill them sir! Kill every man!” he replied.

When historians turn again to find the breach, to where it all began to slip away for traditional Republicans in 2015, they might find this: “Hell yeah, I’d kill baby Hitler!” said Jeb Bush. “You gotta step up, man!”

America is in trouble. This may be the current revisionism, replacing the time-honored chestnut, repeated in hindsight through the generations, “We should have stopped Hitler in the Rhinelands!”

It has been a confusing week for Jeb. His famous father, H.W. has apparently been working on a book and as it turns out, the father and sons of Kennebunkport are not in harmony. The senior Bush is strongly critical of the way the invasion of Iraq came about under W.’s watch and had deprecating commentary on his chief advisors, Secretary of Defense Donald Rumsfeld and Vice President Dick Cheney, who he referred to as “Iron ass.”

He did well in the fourth debate. He was feisty and “demanded more time from moderators, offering flashes of humor and delivering crisper answers,” reported The New York Times. But it made little difference. He scored only one percent—dead last—on the overnight Drudge Poll. Jeb is disappearing. He takes only about 7 percent in New Hampshire and 6 percent nationally.

But there are bigger problems ahead because as goes Jeb, so goes the so-called Eastern Establishment of the Republican party. Early on they had hopes and money fixed on Jeb, possibly in some combination with New Jersey Governor Chris Christie or even Wisconsin Governor Scott Walker, but all now is as sung in the Woody Guthrie tune: “we come with the dust and we go with the wind.” Or soon to be.

What is interesting about this race is that the Eastern Establishment, by which we mean to a good degree New York money and influence (“The Elders,” who secretly control the world, as in The X Files) is taking a big hit. A heartland, agrarian uprising is and has been taking place in America and the heartland is almost in “a pre-revolutionary state,” as political commentator Pat Caddell phrased it when the Tea Party initiative was first rising in influence.

It is a different New York, a more hearty New York, an older, more populous, common man New York, and not a bad fit with heartland America.

The election of the Republican governor of Kentucky this past week sealed the deal. There are currently 31 Republican governors in America. In perspective, the South broke with the long, post-Civil War Democratic tradition in 1972 to vote Republican and did so again for Ronald Reagan in 1984 when Republicans won 49 of 50 states. The South, Texas and the heartland have tended to vote Republican progressively since, especially in local races. Red and blue political sensibilities have become fixed and regionalized.

So the fall of the House of Bush may bring the end of a particular Eastern influence but it does not necessarily pit the middle of the country against the edges if a New Yorker will be leading it. Instead a change in temperament for all America might be seen to be awakening as we rise into the new century; one that embraces the heartland and takes its inspiration from there, but includes as well a time-honored New York sensibility which may have been in remission these recent years, perhaps since generational patterns brought a peripatetic Arkansas governor and former President seeking greater globalist influence and his former First Lady to perch.

Visualize this: Rudy Giuliani and former Alaska Governor Sarah Palin sitting together at a Yankee’s game—a watershed moment in June, 2009, which helped advance Ms. Palin to prominence—and we have a better approximation of a new conservative American sensibility rising to an era. It is a different New York, a more hearty New York, an older, more populous, common man New York, and not a bad fit with heartland America, according to current polling, as the heartland appears to be voting overwhelmingly today for the New Yorker in the Republican primary.

And as a secondary feature, but one which must not be overlooked, we may be seeing a struggle for the true, authentic heart of New York as well as both likely Republican and Democratic candidates this time around make claim to be New Yorkers.

But for the moment as seen in the fourth debate, we are in a volatile time; a time of transition, a time of turning. Time ahead will be determined by demographics, and so long as we are a free America the winner in time is predictable. But on stage with Donald Trump I would rather see real players to fit the demographics and times of a heartland rising in economy and influence, like Governor of Texas Greg Abbott, former Texas Governor Rick Perry, Nevada Governor Brian Sandoval and an older, western issue of former Massachusetts Governor Mitt Romney. Even Sarah Palin. And Ohio Governor John Kasich, and Ohio Senator Rob Portman, as we may be heading back to the great pastoral days like those of the Ohio presidents, which ran between the Civil War and the Teddy Roosevelt era, a time of American peace and prosperity.

There perhaps, as in T.S. Eliot’s Little Gidding, to know ourselves again as if for the first time. 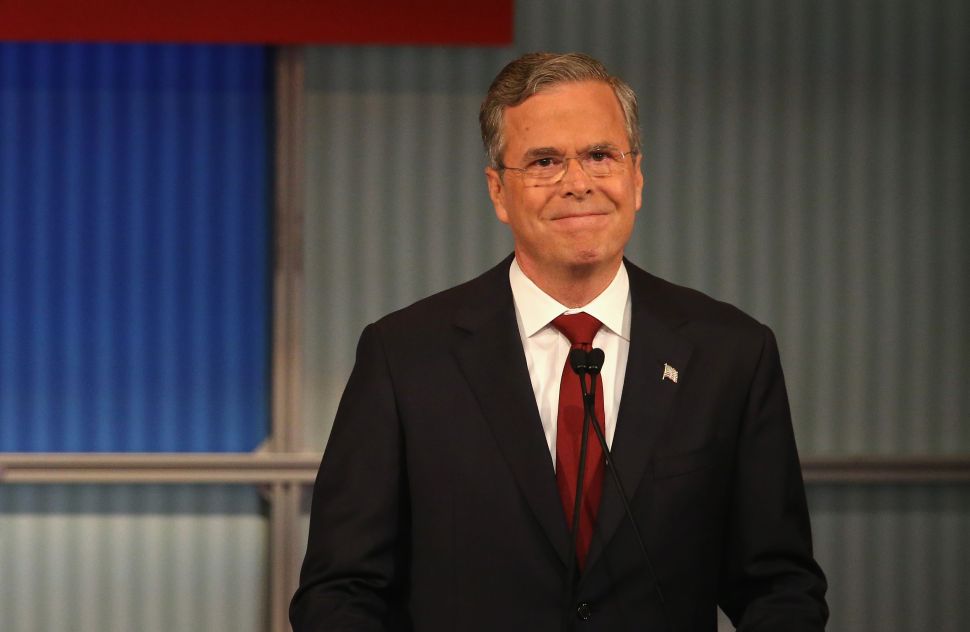