He may have won Jeopardy! 74 times, but over the weekend Ken Jennings fought a losing battle with theater lovers.

It all started Saturday night with this tweet from Buzzfeed senior editor Louis Peitzman:

Anyone who’s been in a theater knows there is some truth to this statement, so it would’ve been easy to chuckle and let it go. Mr. Jennings, however, decided to escalate things:

@LouisPeitzman silver lining: soon they will all be dead and American theater with them.

The tweet’s snide tone set off alarm bells in the theater community:

@KenJennings @HESherman @LouisPeitzman thanks for hoping that the industry that employs myself and all of my friends dies!

. @KenJennings @LouisPeitzman So let me get this straight, Mr. Jennings, the death of the American theatre is a “silver lining”? Really?

But rather than laying off, Mr. Jennings doubled down on his criticism:

@HESherman @LouisPeitzman ok but they'll have to turn up their hearing aids.

Mr. Jennings disappeared from the conversation after this, but his snide comments reverberated on Twitter for the rest of the weekend, with commenters both deploring his rudeness and defending the arts:

.@KenJennings @LouisPeitzman Mr. Jennings, I find your condescension towards older theatre audiences to be unfortunate and ugly.

@KenJennings @LouisPeitzman Same has been said about books, but you continue to author. We'll continue to create, thanks.

@KenJennings @LouisPeitzman Ken can take on a computer but runs away when actual humans respond! Oh snap!

@KenJennings @HESherman @LouisPeitzman have you seen the audience at Hamilton, Spring Awakening, Hedwig, Rent, In the Heights, or Fun Home?

Ironically, data from the Broadway League for 2013-14 (the most recent season for which statistics were available) shows that the average Broadway audience member is actually 44 years old. And shows like Hamilton, with its viral #Ham4Ham ticket lotteries, are doing their part to make sure that number goes down. By contrast, the average Jeopardy! viewer is 65 years old, down from 70 in 2000.

Take it from AT&T, Mr. Jennings—the theater community doesn’t go down without a fight. 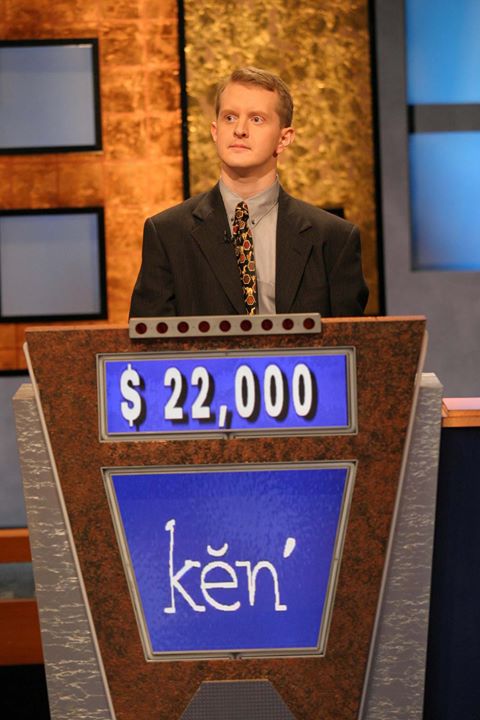