Painter Joe Bradley, who was showing with both Gavin Brown’s Enterprise and Canada Gallery, will now be represented by Gagosian, according to the Baer Faxt.

Mr. Bradley, who was one of the high points in the early 2015 Museum of Modern Art painting show curated by Laura Hoptman and titled “The Forever Now: Painting in an Atemporal World,” will be leaving both galleries, as well as Eva Presenhuber in Zurich, Switzerland, thanks to Gagosian’s “global presence,” with 15 galleries worldwide.

The Rhode Island School of Design grad (and former lead singer of the punk band Cheeseburger) first became known in the mid-aughts for a series of multi-panel figure and object paintings made from grouped monochrome canvases, which referred to geometric modernism. From there he moved into simplistic oil stick icon drawings as well as brightly hued drop cloth abstractions, one of which sold for more than $1.5 million at a Christie’s auction in London in 2014.

The Kittery, Maine native has many high-profile fans and collectors, including art dealer Tony Shafrazi and Hollywood funnyman Owen Wilson, among others.

The news comes just on the heels of a major W Magazine profile on the artist.

UPDATE: Joe Bradley will be co-represented by Canada gallery and Gagosian gallery. 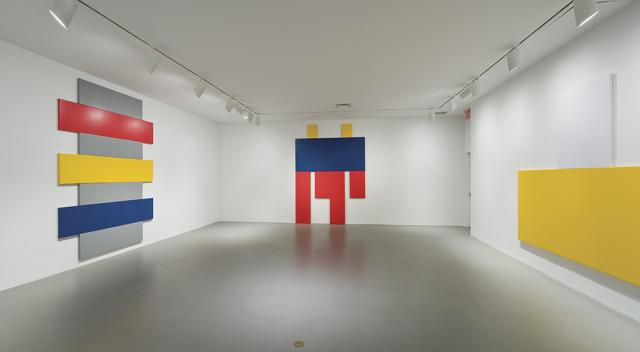