The Internet was thrown into a tailspin last night when NBA superstar Kobe Bryant announced that he would retire from the Los Angeles Lakers at the end of this season. The announcement was posted on The Players’ Tribune, the sports journalism blog founded by Derek Jeter, and the traffic from the post crashed the site several times during the night.

The most notable thing about Mr. Bryant’s post titled “Dear Basketball,” however, is that it is written in the form of a poem. And even more surprisingly, the poem is really good.

“Dear Basketball” (which, according to a Player’s Tribune representative, was actually penned by Mr. Bryant) is structured as a free verse letter to the game Mr. Bryant loves. He begins by reflecting on how he first came to love basketball as a kid,

Literary techniques first come into play in the third stanza, when Mr. Bryant tells basketball, “I fell in love with you.” This classic use of personification shows that Mr. Bryant didn’t just care about free throws as a kid—he also paid attention in English class.

“I never saw the end of the tunnel
I only saw myself
Running out of one.”

This metaphorical contrast should make sports fanatics and English majors alike take notice: Mr. Bryant doesn’t fool around on the court or on the page.

Given that this is a love letter to basketball, it makes sense that Mr. Bryant next compares the sport to a lover. He proclaims:

“I did everything for YOU
Because that’s what you do
When someone makes you feel as
Alive as you’ve made me feel.”

The most emotional part of the poem comes next, when Mr. Bryant announces his retirement without ever using those words:

“I can’t love you obsessively for much longer.
This season is all I have left to give.
My heart can take the pounding
My mind can handle the grind
But my body knows it’s time to say goodbye.”

Mr. Bryant’s athletic strength may be dwindling, but his poetic acumen is strong. Even someone who’s never cared about the NBA (like this writer) can get choked up reading those words.

Like any good poet, Mr. Bryant concludes his composition by going back to the beginning. At the end of the poem he promises basketball that

“I’ll always be that kid
With the rolled up socks.”

This classic, artful ending ensures that the reader leaves the poem with the relatable image of a young boy, rather than a grizzled NBA veteran.

Mr. Bryant recently admitted that this season, “I freaking suck.” Now at least he can fall back on his poetic gifts. Happy trails, Laker legend. (And if you want to learn to write like Kobe, attend the “Kobe Bryant Poetry Workshop,” one of many satirical events taking over Facebook.) 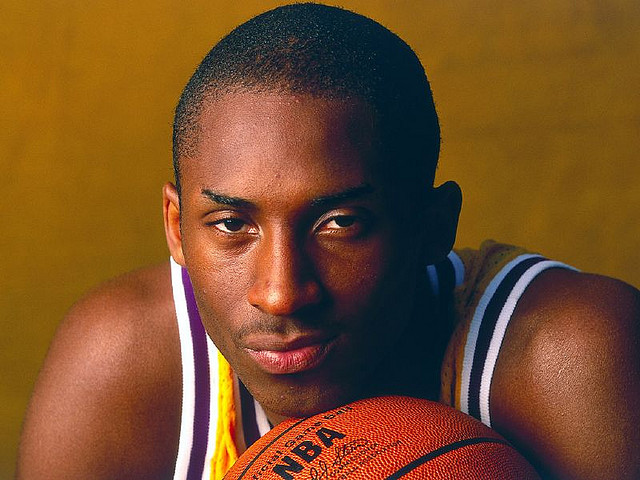