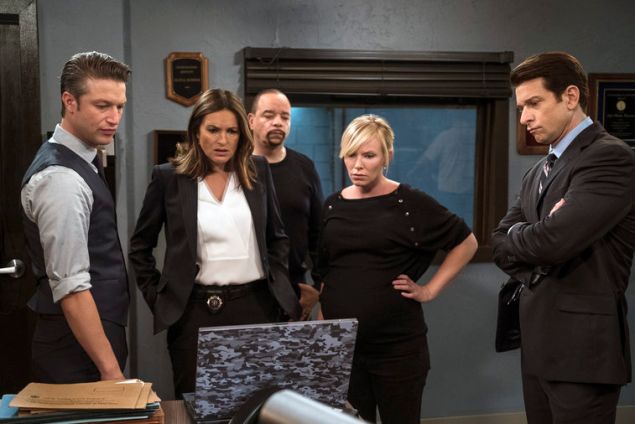 I just gotta say it, I believe the theme that I came up for last week’s SVU works for tonight’s episode as well. As you’ll recall, I deemed that episode ‘Relative Confusion.’ Well, here we go again, only this time we’re not talking about that crazy Rollins’ clan we’re talking about a truly delusional set of reality TV kinfolk.

That family, the extra large Baker brood, find themselves in a bit of a pickle when their 13-year-old daughter, Lane, turns up pregnant (and just moments after she promises to remain celibate at a fancy purity ball! The irony!) But, putting that ridiculousness (and overall creepiness) aside, the SVU squad is on the case because no matter how religious or famous the girl is, she’s still the victim of statutory rape.

First, little Lane accuses a cameraman who promptly says he’s incapable of fathering a child due to a vasectomy years earlier. Then focus shifts to family member, eldest Baker boy Graham, who has a history of inappropriate behavior. There’s some DNA testing and Graham is ruled out as a suspect.

Then the family’s smarmy pastor friend tells Ma and Pa Baker that the best thing for the family is for him to marry Lane, but when the SVU squad storms into the impromptu wedding telling everyone that the family friend (and attorney) Pastor Eldon is not only the father of Lane’s child, but also of her sister’s baby, born a few years earlier, as well, the wedding is called off and the ‘good’ Pastor is hauled out in handcuffs.

Finally, Mother Baker comes to her senses and says she doesn’t care about the TV show and all its perks, that all she cares about is her daughter and her family.  True to her word, the Baker parents are last seen making a statement in front of cameras about what’s truthfully going on in their world.

What can you say about this episode other than it was clearly based on the real life Duggar clan who have been in the news a lot lately thanks to the revelations that eldest son Josh ‘acted inappropriately’ with several of his sisters. Well, it turns out there’s actually plenty more to say.

While it might have felt like a simple rehashing of the Duggar family’s implosion, as usual, there was more happening here than just that. There were a lot of statements about family, power and belief made in this episode.

If you watch enough SVU you know that many, many crimes involve a family cover-up, so despite their religious beliefs, the Bakers are somewhat normal in their desire to protect the family name (or brand as Rollins so eloquently points out), but the extreme to which they took that is uber-level scary. They were willing to believe that their son impregnated not one, but two (!) of their daughters and that they could handle that on their own.  Can you just imagine the conversations that took place when Ma and Pa found out Lane was pregnant. “Well Graham did it again. Shame on that boy. Well, son, now it’s off to Ecuador with you. Try to straighten up, ok?” …or something like that. (Maybe not that casual, but you get the idea.)

The Bakers believed that Graham was guilty because they put their faith in a pastor who was actually a predator. Misplaced faith gets a lot of people into a lot of trouble, whether it’s religious in nature or not. Faith, by its very definition is believing in something or someone without questioning said entity, and add onto that that there are clearly levels to any type of devotion such as this. The lesson within this element of the story is that it’s ok to have faith but it’s also ok to question it and not be so absolute about it.

Because of the absoluteness of the Bakers faith in their pastor/lawyer (which that combo right there is a pretty scary one and seems like a conflict of interest – can you follow the law and the teachings of a secular religion at the same time? Really?), the Bakers gave Pastor Eldon ultimate power and as a criminal he used that power to his advantage. Sadly, it was only after Mama Baker took a step back from her absolute devotion to her religion that she realized she was failing at her number one job – as a parent who should, above all else, protect her children – pregnant girls, and Graham included. That was a mother taking back some of the power she had given away.

Although no one wants to see a squad member struggling it worked out nicely within this storyline to have Amanda voice her concerns about her own abilities to parent her child. Carisi gave her nice speech to pump her up, but wasn’t there a part of you that wanted him to bring up the Bakers? Say something like, “Look at those people, there are two of them and they’re messing up a whole lot of kids. You just have to look after this one and given what you’ve seen, we all know that you certainly know how to protect a kid.” (And then maybe add in his great accent, “and the love part comes naturally. You got this Rollins.”)

It seems it would be remiss not to mention another new member of the squad at this time – no, not talking about Dodds here, although he certainly appears to be learning a thing or two, right? He sparred a bit with Benson but looks as if he knew when to back off. Oh, that’s right, it was when Finn told him that she’s usually right, a sentiment that Benson echoed a bit later herself. (oh no, hope that’s not some foreshadowing there….) I’m talking about the new car that Finn and Carisi took on their road trip! Has the dented dark brown Crown Vic finally been retired? Sort of feels like there should have been a ceremony of some sort for the retirement of ‘ol ‘Brownie.’ Guess the squad room wasn’t the only part of  SVU that got a makeover.

As mentioned earlier it’s great to see Benson and Dodds sussing how to best interact with each other, but what was kind of really great to see was Olivia looking like she really feels back on her game. She was vintage empathetic, understanding, carefully-get-the-truth Olivia when she questioned young Lane, and she was Bad Ass Benson when she crashed that creepy wedding and gave the Baker elders a look like, ‘Are you f-ing kidding me that you’re letting this happen?’ Olivia has always ‘acted’ self-assured but the undercurrent since she took over the department is that despite being excellent at her job, she’s never quite felt on solid ground in the leadership role. It appears that she’s coming into her own in that position a bit more lately, and rightfully so. (Have to add – now let’s see how long that lasts.)

That’s SVU for you –  keeping it real by, well, yes, ripping from those (fascinating! Sickening! However you want to describe them…) headlines, but at the same time using those stories to make everyone question just about everything, especially if you’re a parent… or a child….ok, so everyone really. SVU is never going to completely spell anything out for you, which is exactly as it should be because after all, it’s a narrative TV show, but still – think people, think. Think about your actions, think about outcomes and consequences. If you do that, you might just avoid some ‘Relative Confusion’ in your own life. 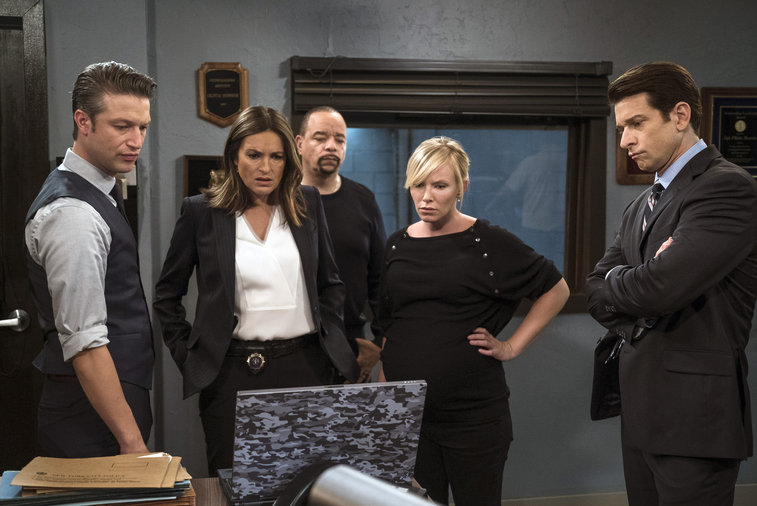