I saw this cultural dynamic at work last week at Newsgeist, a provocative and productive event convened by Google and the Knight Foundation to bring together a hundred-some journalists and technologists from the U.S. and Europe, plus a smattering of academics and foundation folk. It’s an unconference—that is to say, the agenda is set by the participants (with a little help from the organizers).

At last year’s Newsgeist, I among others proposed a session that asked: What could Google do for news? Included in the many ideas discussed was the creation of a standard for portable content—that is, a way for content to travel the net with its business model (its brand, advertising, and data collection) attached.

Mind you, it’s proper and wise to flex journalistic skepticism and investigate what the other guy’s interests are.

The idea came up again last spring at the first European Newsgeist in Helsinki, held shortly after Facebook created its own portable content unit called Instant Articles, which allows publishers to post their stories into Facebook’s News Feed with their own ads included. In Helsinki, I among others said Google should create an open-source version of Instant Articles.

Lo, and behold, Google did essentially that in October, when it announced its open-source standard for what it calls Accelerated Mobile Pages. As I explained in the Observer here, Google’s AMP speeds up web pages so much that if you click on a link to an article from applications such as Twitter and Nuzzel, it’s as if you have never left. Google and the publishers involved in the launch believe that the faster they can make the serving of content—and advertising—the more people will see it; the more advertising can be sold (and the fewer ad-blockers installed); the more journalism can be supported. What’s not to love?

Well, inevitably, some will complain. Because that’s what we do, we journalists. We are a herd of Eeyores. At the last week’s Newsgeist, some journalists fretted about what Google was really up to (I, for one, smell no nefarious conspiracy, only a consistent and credible desire for a faster web); about Google’s control of the standard (the company promises that as an open-source standard, governance will be broadened to include active publishers); and even about the appearance of news folk drinking Google’s beer (well, they didn’t worry about that too much).

Mind you, it’s proper and wise to flex journalistic skepticism and investigate what the other guy’s interests are. But my response to these doubting Thomases was that if Google had not stepped up and built AMP, it would not exist. And a year later, we journos would gather again at Google’s bar to still complain about our slow pages—and about how Facebook, with its speedy Instant Articles, is becoming a primary distributor of news in the world.

If there’s anyone the journos mistrust more than Google, it seems to be Facebook. I’m told that a few attendees at Newsgeist said that if Facebook had organized Newsgeist, they wouldn’t be comfortable attending. Really? Others among us objected. What does shunning Facebook—and the billion people who use it each day—accomplish?

Facebook has demonstrated that it cares about news. It listened to publishers’ needs and created not only Instant Articles but other products that benefit media. Google—at Newsgeist and in its Digital News Initiative working with European news organizations (who are much more effective complainers than we piker Americans)—has also proven that it will listen and act; AMP is the evidence, as is a new YouTube deal that will let publishers sell their own video ads.

We can no longer act as lone wolves. We are no longer monopolists. We must learn to collaborate.

Yet as some Newsgeist attendees demonstrate—typical of what I hear in social media discussions with media people every day—many in my tribe still distrust and even demonize Silicon Valley, viewing it only with suspicion: As I said, we tend to perceive a problem, complain about it, and stop there.

I say that attitude is foolish and damaging. We journalists must engage with the technologists—just as the technologists have learned that they are wise to engage with publishers. We newsies can no longer pretend that we own the gateway to information, the advertiser, and the audience; none of that is our entitlement. We must recognize that the public we have pledged to serve now goes first to Google, Facebook, Twitter, et technological al for their news and if we news organizations are not there—using such means as Instant Articles and AMP—our journalism will go unseen. We also must recognize that Silicon Valley has skills we simply do not have. We can no longer act as lone wolves. We are no longer monopolists. We must learn to collaborate.

Twitter sent representatives to Newsgeist. Facebook, unfortunately, did not. A good number of us at the event agreed that it would be productive for innovative media organizations to invite these top technology companies (perhaps adding Apple, Snapchat, and a few others) to a gathering to identify specific problems and then go to the next step of finding solutions and opportunities. These discussions could start with specific technical issues that spread across the platforms. Talk should eventually come to negotiating some of the things media need to better serve the market and to become sustainable again, like getting data about our content and audiences’ interests.

I want to help build that bridge between East Coast and West, to underline our common missions of serving the public, of freeing information, and of reimagining the future of news. Call me a peacenik, a cockeyed optimist, a technology fanboy—I’ve been called worse—but I see the opportunity in engaging, in negotiating, and in connecting these cultures so that technologists understand the principles that drive journalists to serve and inform the public, and so that journalists learn the skill of seeing problems and then finding solutions. 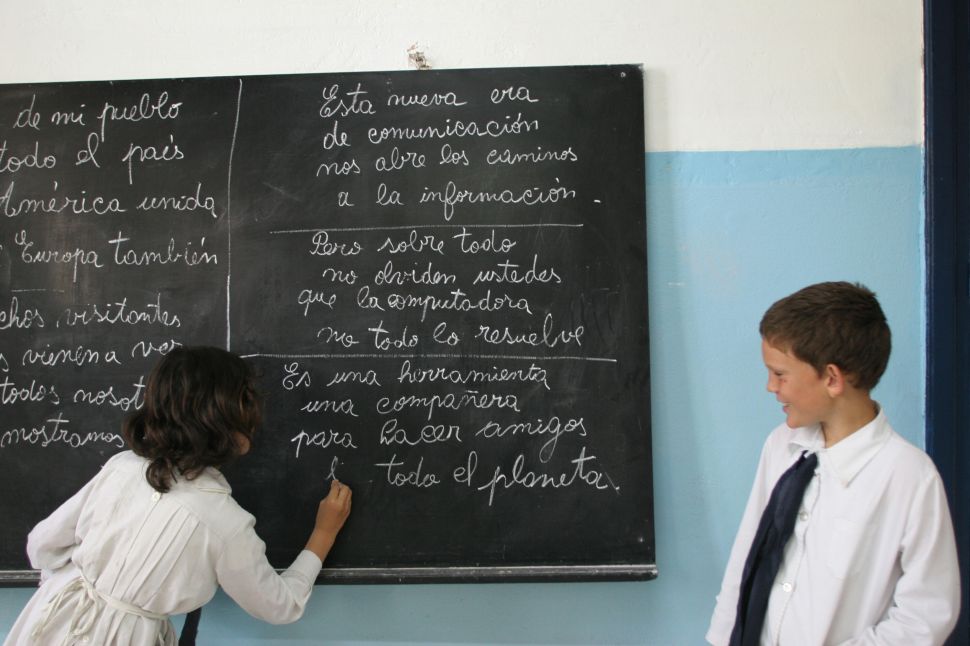