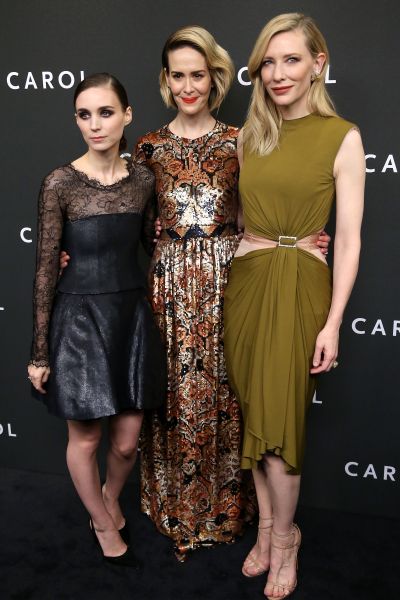 We all have goals in life and while some wish for a second home in the country, some simply pine after being the best dressed trio at the party. You know, #squadgoals, as the kids are saying. Last night, Cate Blanchett, Rooney Mara and Sarah Paulson were those girls, at the New York premiere of Carol. Bedecked in three stunning examples of winter evening wear, each woman put her personal touch on a knockout look. 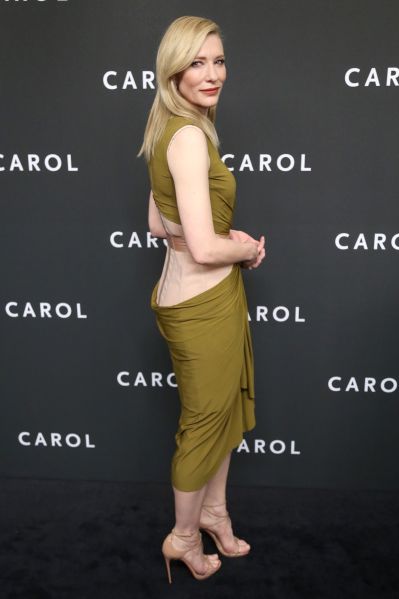 Ms. Blanchett shows off the back of her Lanvin gown (Photo: Getty Images).

For starters, Ms. Blanchett donned an olive green Lanvin number. With a gathered front detail, the back of this dress offered a major peek-a-boo moment, allowing a pink corset to show through. Paired with some strappy nude Christian Louboutin stilettos, the star of the film let her dress take center stage. Even her hairdo was simple; a dramatic side part allowed the actress to show off a singular Lorraine Schwartz earring. 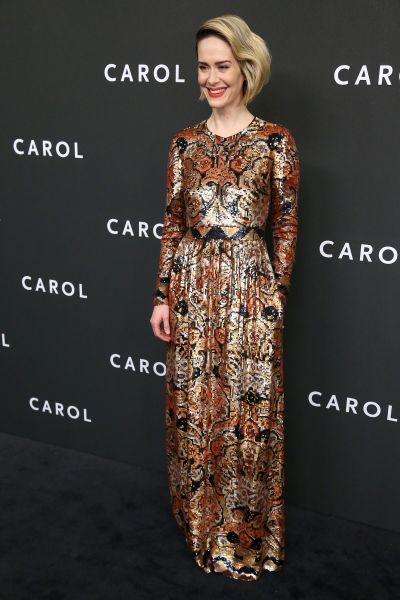 On the other hand, Ms. Paulson went with a louder, more vivid look. Her long Etro frock, from the Fall 2015 collection, is a vision of dark metallics, which was smothered in delicate sequins. Featuring a fit and flare silhouette and an easily pleated skirt, this dress seems light and fluid. Which coincidentally is how we hope to feel (at least emotionally) during the holiday season. 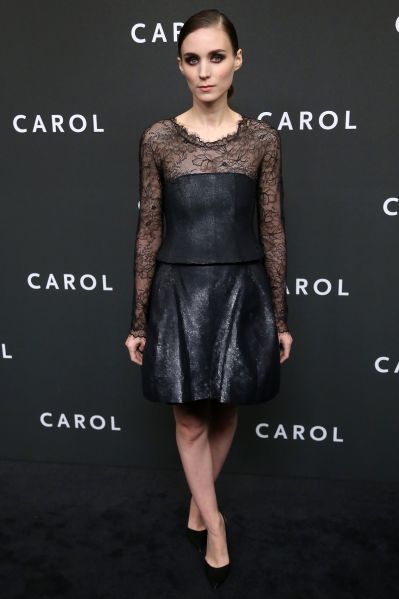 Finally, we arrive at Ms. Mara, whose black Chanel dress is moody and brooding, yet still refined. Layered over a delicate lace shirt, this corset style with a touch of sheen packs a quiet punch, thanks in part to her smokey eye makeup. While this getup is certainly not show stopping or particularly groundbreaking, it is a subtly brilliant classic. 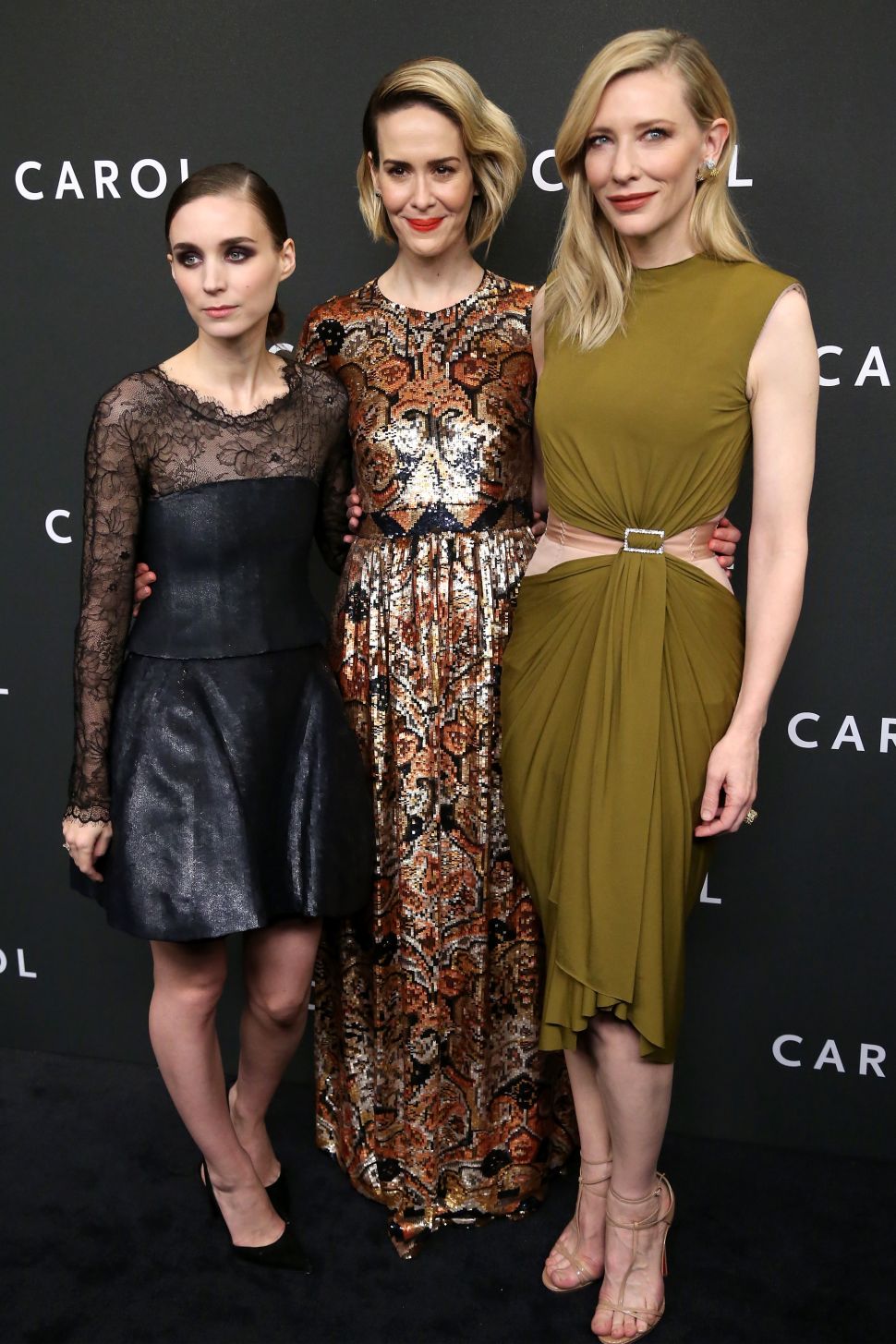