The mood was festive at the National Arts Club last Friday night as Alison Matthews David gave a presentation about her new book, Fashion Victims: The Dangers of Dress Past and Present. The creative types who attend the staid private club interpreted the directive to dress in “drop-dead fashion” in a variety of eccentric ways that impressed Ms. Matthews David. “Without a doubt, most stylish crowd I’ve ever had the privilege of speaking to,” she noted.

Dapper men on the upper  edge of middle age wore fetching cravats and velvet blazers. A woman with a Continental accent successfully pulled off a leopard-print flapper-style turban. There were hats and fascinators aplenty, as well as a lot of cheek kissing.

“Godard is dog,” the back of a woman’s shirt proclaimed, in silver cursive.

A Canadian professor at Ryerson University School of Fashion and curator, Ms. Matthews David spoke about fatal fashion through the centuries, from the ill-advised Victorian fad of dying dresses arsenic green, to hatters who turned mad from mercury poisoning (well into the 20th century), to crinoline ballet tutus that caught fire mid-performance. Men’s stockings, striped with toxic dyes, left rashes in their wake.  And some clothing had been downright contagious—disease often found a home in seldomly washed outer fabrics.

The talk drew on contemporaneous advertisements, editorial spreads and public health PSA’s. But despite drawing gasps during illustrations of the more lurid examples of accidents of fashion such as the famous case of Isadora Duncan’s death by scarf, the mood remained light-hearted.

“My pants are so tight I can’t bend down,” said a middle-aged woman in leather trousers, as she tried to place her drink on the floor. (Some things never change: A trend during the turn of the last century, the hobble skirt, for example, so constricted the wearer’s stride that special steps had to be installed on streetcars.) During the Q&A, audience members brought up other such modern-day examples of dangerous duds like jeans so skinny they resulted in paralysis.

After the talk, the room was converted into a sketch lounge with a fashion-victim theme. As we left, we commented on a trio of women with vintage hats, set at a jaunty angle. The 1930s style, they told the Observer, is called “tilt hats.” Old-fashioned headwear, as we had learned, is often still contaminated by mercury.

“Turns out, they are apparently poisonous. But at least they look good,” one said. 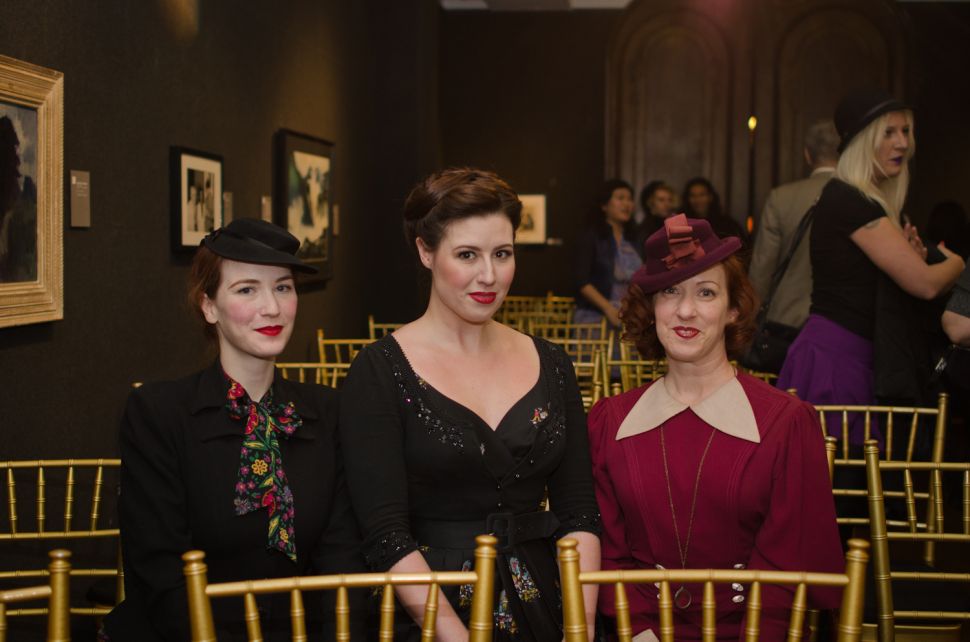