Last week, Israelis commemorated the 20th anniversary of the assassination of Prime Minister Yitzhak Rabin. To most Westerners, the prevailing wisdom is that Mr. Rabin’s murder by a Jewish extremist ruined the prospects for the Oslo Accords to work. This belief is widely held regardless of how many Israelis and others in a position to know better shovel dirt on the theory.

Despite all the evidence that Oslo has been a total failure and, for Israel, a strategic disaster of the first order, there was Bill Clinton at a rally in Tel Aviv last week (the accompanying rally in Ramallah must have been cancelled?) urging Israelis to pretend that the last 20 years of terror and intransigence hadn’t happened. “The next step will be determined by whether you decide that Rabin was right, that you have to share your future with your neighbors; that you have to stand for peace, that the risk for peace isn’t as severe as the risk of walking away from it. We are praying that you will make the right decision.”

Everyone keeps doing the same thing they’ve been doing for decades regardless of how dreadful the outcomes have been.

Not to be outdone, President Obama appeared at the rally by video. The attendees at the rally likely included all seven residents of the Middle East who still take anything he says seriously. “Peace,” the president said, “is necessary if both sides are willing to make compromises and take risks for the only real solution—two states for two peoples.”

And, in a statement marking the day, Secretary of State John Kerry—who has been on a roll of terrible Middle East decisions of late—said, “Recent events and violence in the region underscore the urgency of advancing Rabin’s vision: a two-state solution that provides the security for Israelis and Palestinians to live their lives in peace, dignity and prosperity. Today, with the viability of that vision increasingly at risk, it is more important than ever that we remember his legacy. It compels us to keep trying.”

These are, in some sense, all noble sentiments. And in the world these people occupy—a world in which Palestinians are non-actors in their own lives—nobody listens to or cares much about what they say, and everyone keeps doing the same thing they’ve been doing for decades regardless of how dreadful the outcomes have been. Nobility and sentimentality replace eyesight and its rational application.

Back in the real world, however, the Palestinian representative at the United Nations, Riyad Mansour, accused Israelis last week of harvesting organs from the Palestinian terrorists they’ve shot. Back in the real world, Palestinian Authority President Mahmoud Abbas claimed Israel had executed a 13 year-old Palestinian boy for no reason, when in fact the boy was pictured alive and being treated in an Israeli hospital (thus violating one of the basic requirements of the term “executed”) for wounds sustained while being prevented from stabbing more than the two people he had already stabbed.

Palestinians do not want to make peace with Israelis. That’s not my opinion. It’s theirs. All I did was listen to them.

Back in the real world, Daniel Polisar, the Provost and Executive Vice President of Shalem College in Jerusalem, has written an important essay in which he lays out in detail polling data on Palestinian attitudes about Israel and Jews over the past two decades. The data is appalling. Palestinians blame Israel for all their problems, view the Jewish state as an illegitimate colonial presence on their land, believe that violence against Israelis is justified and even laudable, believe that Jews are bloodthirsty and dishonest, and are predisposed to take at face value even the most absurd accusations against these uniquely evil enemies. Read through the essay and ask yourself how anyone could be expected to make peace with such people.

So here is the unfortunate truth: the Palestinians do not want and are not prepared to make peace with Israelis. That’s not my opinion. It’s theirs. All I did was listen to them. Unless and until that fact changes, there is no peace to be had.

For all our fantasies about peaceful coexistence between Israelis and Palestinians, the truth is that only one side wants what both sides would need to build. As this Administration has spent nearly seven years being spectacularly wrong in its approach to the Middle East, perhaps the best thing President Obama could do in his meeting today with Prime Minister Netanyahu is stop making things worse until a new president can be elected. Hopefully, that person can try putting pressure for change and concession where it belongs: on the Palestinians.

Jonathan Greenberg is an ordained Reform rabbi and the senior vice president of the Salomon Center. You can follow him @JGreenbergSez. 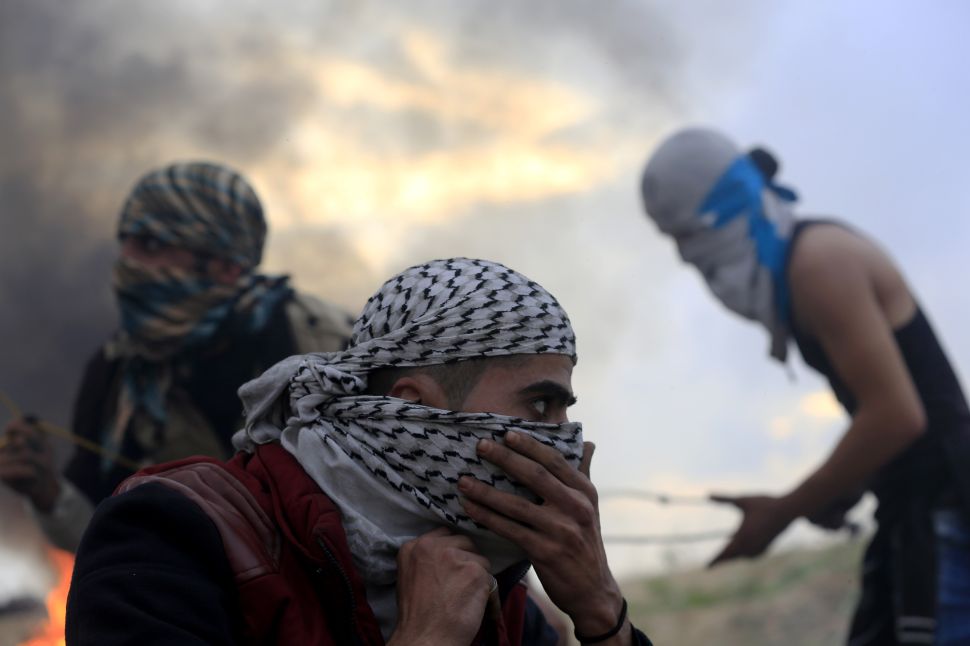