People ask, “Where were you when…?” Or, “What were you doing on… the day of JFK’s assassination?  … the morning of the First U.S. Manned Space Flight? …the night of The Great Northeastern Blackout of 1965?” I don’t usually answer the latter one.

I was seated high in a barber’s chair, contentedly taking in through a plate glass window what everyone but a New Yorker calls the city’s hustle and bustle. The fast-track outside was 7th Avenue in the mid-50s during the everyday, end-of-day race for home, pre-theater dinner, or whatever the evening held in store.

Only moments ago, I had hastened from my first real job with my first paycheck hot in hand to my first haircut since coming to New York. Not only a haircut, but a manicure and shoe shine—“the works,” I declared, all conspicuously needed. Feeling good about having become the resident staff lyricist for a sizable music publishing company, I wanted to look groomed and cosmopolitan, not shaggy and disheveled.

I exited to 7th Avenue, hushed and uneasy, dark without its blazing bulbs and neon, and eerily thin on people.

The barbershop, next door to the famed “Stage Deli,” was, it reasonably follows, the “Stage Barbershop.” Across the street at a slight diagonal to it was the “Americana Hotel,” a towering fifty-floor-for-the-fifty-United-States edifice I gazed up at idly from my tranquil perch.

It was November—the 9th—it was 5:27 p.m. and it was growing dark. I saw the lights on the top floors of the Americana flicker, and one by one, go out—the 50th, then the 49th, the 48th, and so on. The lights in the barbershop started to flicker and then they went out, leaving us in darkness. Leaving the right side of my head shorn, the nails of my right hand clipped, and the shoe on my right foot polished, but the left side of my body, head to toe, completely unattended to and unattractively uneven.

There was nothing left for me to do but to leave the barbershop with the understanding that we’d continue, my grooming team and I, tomorrow. I exited to a different 7th Avenue, hushed and uneasy, dark without its blazing bulbs and neon, and eerily thin on people. Were we under attack, invaders from outer space seizing and absconding with them? I was about to pass a woman steps in front of me. Considering the tension she must be feeling from hearing approaching footsteps behind her, I wanted to say, “Don’t be frightened,” but feared I’d alarm her more. Everyone kept a distance from everyone else. None of us were aware that we’d become part of history: the largest power failure experienced by man thus far. November 9, 1965, the night the Northeast Coast of the United States and the Province of Ontario, Canada went dark.

Ambling through a twilight zone en route to anywhere, our primal fears shepherding us back to our primeval need for one another.

I’d never seen anything like this! No one had. I had to explore it. The first thing that struck me was the civility of people everywhere I looked. No one was trying to take advantage of the situation. No purse-snatching or mugging, no shoplifting or looting; in short, no violence.

Lit candles ruled the night. People who weren’t yet sure of where to go wandered into coffee shops and sat at counters as employees offered them cold coffee or tepid on the house, often apologetically. I roamed in and out of hotel lobbies where trapped commuters were squatting on carpets, later bedding down for the night on them. Times Square was as shut down as were its Broadway theaters.

Traffic, ubiquitous in Manhattan, was at a near standstill. With stoplights neither red nor green and visibility so limited, cautious drivers were afraid to enter intersections. Some unsung pedestrian heroes stepped into the streets and did their best to direct traffic.

I proposed we have sex, not just any sex anywhere, but in the doorway of a storefront shop on Broadway.

I subsequently learned of turmoil at the airports, people trapped in subway cars between stations and, in office buildings throughout the city, many encased in elevators. Turmoil for others, but for me and the shadowy figures with me on the streets, unaccustomed calm. Ambling through a twilight zone en route to anywhere, our primal fears shepherding us back to our primeval need for one another.

I entered a coffee shop and perched on a counter stool. Two seats away from me sat a young woman and we struck up a conversation. My half-cut, one-sided tomahawk head didn’t seem to faze her. Over candlelight and cold coffee, I had a brainstorm, which I shared with her: I proposed we have sex, not just any sex anywhere, but in the doorway of a storefront shop on Broadway. She was amused, but demurred. I was sold on the idea; I had to sell her on it. Instead of buying, she told me she had something to sell—she was a prostitute, a street walker. I shook my head no. I wasn’t in the market for a professional, certainly not with my first paycheck. I tried again.

“Think of it,” I said, “For the rest of your life, you can pass that storefront and smile, and only you will know what you’re smiling about.” She thought about it for a moment, and she got it! We didn’t wait to finish our coffees.

We walked along Broadway looking for the “right” shop. How we decided, in the heat of the moment, on what we decided on, eludes me, but I like to think that newlyweds shopping for their first bed set choose with similar inspiration. We had our doorway! — in a cozy alcove set back about 12 feet from the storefront and another 12 feet from the curb.

In that flicker of moonlight, she was a wan waif who told me I could make love to her if I didn’t touch her breasts.

My psyche, charging ahead of my libido, was telling me, wonderstruck, “This is going to happen!” My libido rose to make a contest of it. My partner in mind and matter sighed. We embraced, squirmed, writhed and unzipped, and were literally and figuratively on the threshold of making our own history when… a tight spotlight hit us. A spot I squinted into to see emanating from a police patrol car paused at the curb. A spot that reduced me to… you get the point. Two of “New York’s finest” were amused, and the squad car moved on. So did we, in separate directions. No point in offering to call her in the morning.

I returned home to my building, thinking the evening was over. I unhurriedly climbed the 14 flights to my apartment, my mind insipidly singing “Can’t top this one!” I entered my apartment to find a young girl sitting cross-legged on the floor in the dark.

I learned from her that my part-time roommate had brought her into town with him and left her there. I sat down with her. Through my living room window, I saw, for the first time that evening, the sky, if not the city’s streets, was lit by a perfect full moon. Not a night to waste a perfect full moon, I mused. Soon, we were leaning back on our elbows, and soon after, lying down.

Several years after, I would identify her from “the trades” as the new wife of one of the biggest rock stars of the day. But in that flicker of moonlight, she was a wan waif who told me I could make love to her if I didn’t touch her breasts.

Ray Errol Fox was nominated for an Academy Award as writer/producer of the documentary, “Preserving the Past to Ensure the Future.” His book, Angela Ambrosia, was a Literary Guild Selection. He is a contributor  of opinion and anecdotes, www.sonofthecucumberking.com, and is writing “a memoir of sorts” of his unconventional experiences. 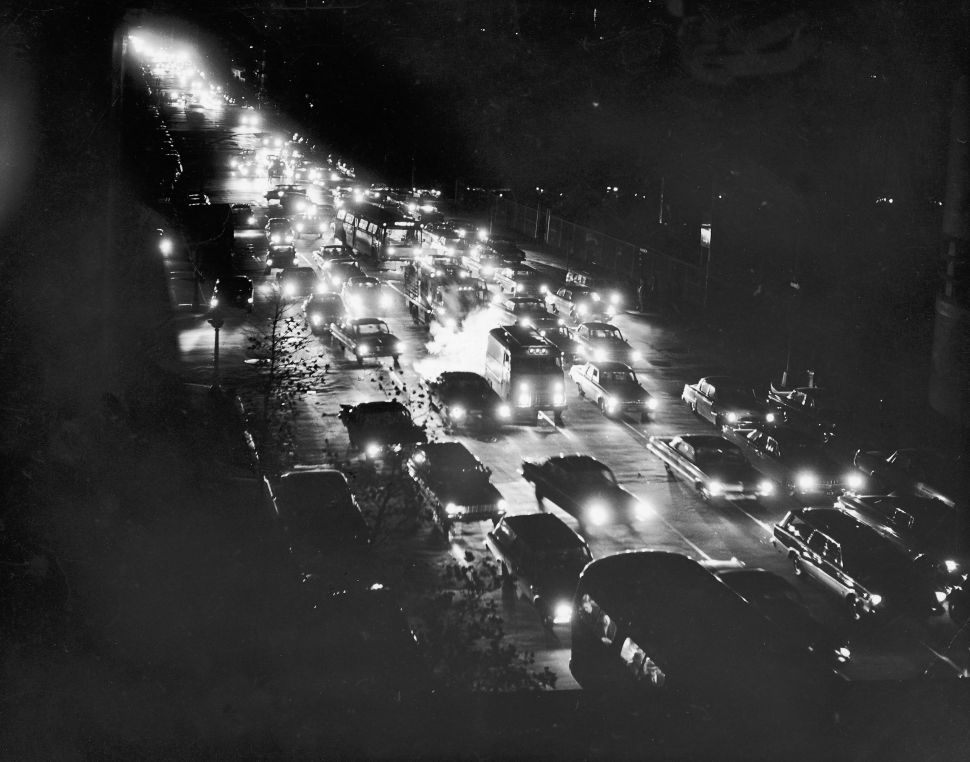