PARAMUS – After an event that drew the likes of Assembly Speaker Vincent Prieto, gubernatorial hopeful Phil Murphy and state Sen. Paul Sarlo (D-36), members of the Bergen PBA descended on the streets of Bergen County to make a final plea to voters to get out there and vote for Democrats.

Officers worked in teams of two to distribute campaign materials in a last minute effort to boost voter turnout before polls close at 8 p.m. 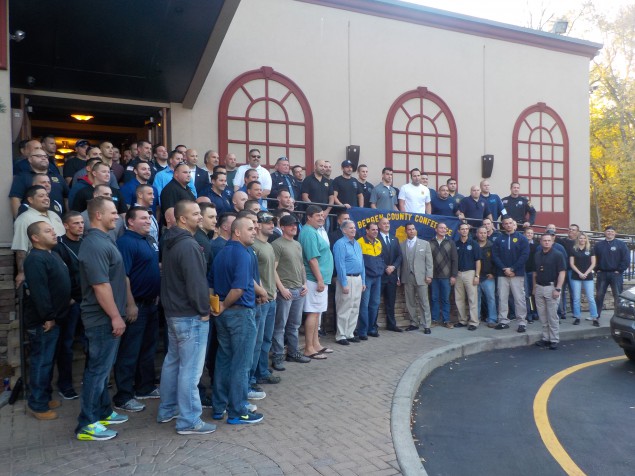