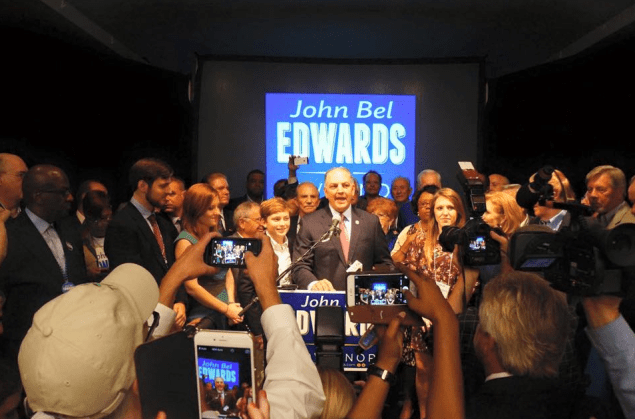 In 1991, former Klansman David Duke shocked the political world by qualifying for the gubernatorial runoff in Louisiana against the legendary Democratic colossus Edwin Edwards, whose laissez-faire attitude toward ethical lapses, well-known even then, ultimately landed him in prison. Confronted with a choice between the shady Mr. Edwards and the racial extremist, Mr. Duke, many Louisiana residents displayed a bumper sticker that typified their pragmatism: “Vote for the Crook; It’s Important!”

It is this Louisiana-flavored pragmatism that should be our guide in interpreting Saturday’s victory by Democrat John Bel Edwards, who will become the Pelican State’s next governor after defeating Republican David Vitter. With no intention of suggesting that the latter-day Mr. Edwards (no relation to the aforementioned “Fast Eddie”) is a “crook,” or that Mr. Vitter’s views have anything in common with the detestable racial politics of Mr. Duke, it is clear that the Republican candidate’s odious personal baggage, and his strained relations with even some fellow Republicans, weighed his campaign down to a degree he could not overcome.

Keep Mr. Vitter’s troubles in mind in the coming days if should you hear talk that Edwards’ victory indicates that the beleaguered Democratic Party is alive and kicking in the South.

Don’t you believe it.

Yes, Mr. Edwards ran a great campaign, and his victory is not to be belittled. His tough televised ad—in which he juxtaposed having answered his country’s call as a soldier with Mr. Vitter’s choice to take a call from a prostitute and skip out on a vote on a veterans’ bill—was a lesson in hardball politics from which Democrats across America could benefit in 2016. But the bottom line is that Mr. Edwards won the governor’s mansion that Huey Long built for one key reason: he is not David Vitter.

Mr. Vitter, currently in his second term as a U.S. Senator, has been dogged for years by the fallout from his personal foibles, and those troubles finally took their toll when he went down to defeat in Saturday’s governor’s race. Mr. Vitter had become so toxic that Lt. Gov. Jay Dardenne (R) and three Republican legislators from his own home parish (the Louisiana term for “county”) crossed party lines to endorse Mr. Edwards. In today’s polarized politics, such defections are rare, so they clearly indicated the degree to which Mr. Vitter had become irretrievably damaged goods.

In the lead-up to Louisiana’s “open primary,” in which Mr. Edwards faced off against three Republicans—Mr. Vitter, Mr. Dardenne and Scott Angelle—polling showed Mr. Edwards having a tough battle against either of the Republicans who were not Mr. Vitter. For example, a Public Policy Polling survey released September 23 indicated that Mr. Dardenne would edge Mr. Edwards 42%-40% in a head-to-head matchup, and that Mr. Angelle would run neck-and-neck with Mr. Edwards at 40%-40%, but that Mr. Edwards would trounce Mr. Vitter 50%-38%. In that same poll, Mr. Vitter’s approval ratings were underwater by 17 points: 51%-34%.

Unfortunately for Louisiana Republicans, Mr. Vitter outpaced Mr. Dardenne and Mr. Angelle for second place in the primary and qualified for the two-man runoff. This was the worst possible scenario for the GOP.

In short, there is nothing about Mr. Edwards’ victory that presages any kind of larger Democratic resurgence in the South. It was merely a reminder that candidates matter, and that a minority party can win an election if the majority party’s candidate is badly damaged.

But the political dynamics in Louisiana and the South as a whole remain unchanged, despite Mr. Edwards’ lonely victory. In Louisiana, Republicans maintained huge majorities in both chambers of the legislature even as they were losing the governorship. Clearly Mr. Edwards’ victory was not part of a larger phenomenon. A significant number of Louisiana voters voted for Mr. Edwards at the top of the ticket, and Republican the rest of the way down the ballot.

So yes, Mr. Edwards’ victory on Saturday was impressive, but it bears no significance beyond local circumstances. Presented a choice between David Vitter and not David Vitter, Louisiana voters chose “Not David Vitter.” This choice is in no way indicative of a turning point in Democratic fortunes in Dixie. In 2016, Democrats would be ill-advised to spend any time or precious resources in any Southern states besides Florida, Virginia and maybe North Carolina, those three least Southern of any Southern states. The rest of the South is still solid for the Republicans. You can take that to the bank. 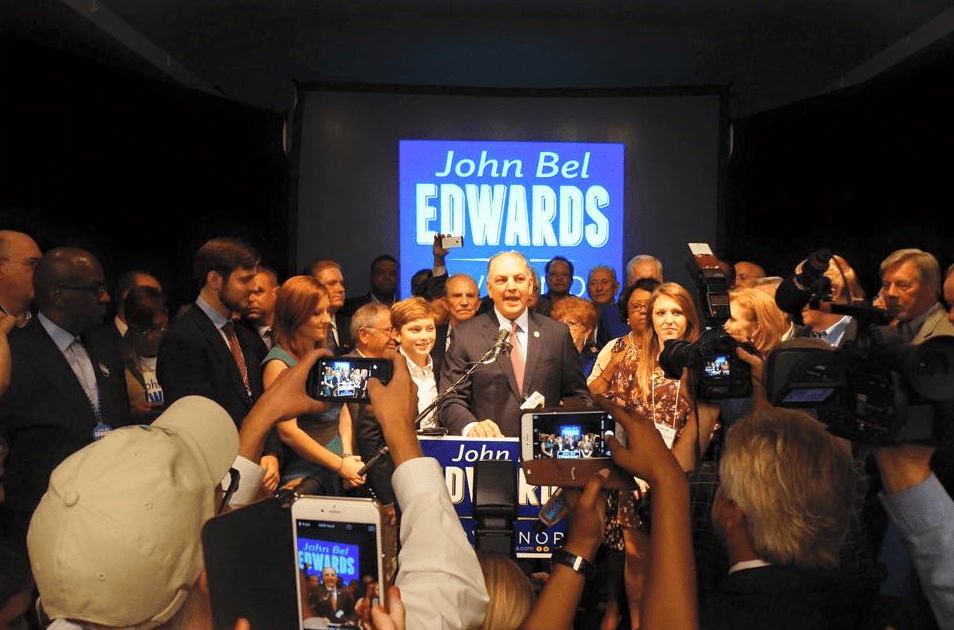