Perhaps living next door to a building that bears one’s last name eventually loses its appeal.

At least, socialite/model/actress/blogger/heiress/all-around pretty person Lydia Hearst seems to have soured on her two-bedroom, two-bathroom condo at the Sheffield57, which she’s just shunted onto the market.

If not Hearst Tower, it seems reasonable that Ms. Hearst’s feelings about living Uptown may have changed since she purchased the condo for $1.52 million 2008—a nice starter home for a 23-year-old heiress.

“I do love being downtown,” Ms. Hearst told the Observer in 2011, “but 57th Street? You have Central Park, and it sort of feels like the real Manhattan, at least the way Manhattan looks in the movies… And, of course, it’s right next-door to the Hearst Corporation.”

Ms. Hearst, who recently got engaged to Nerdist CEO Chris Hardwick, purchased an $11 million home in Los Angeles this October, so perhaps the two are planning on spending more time in California. We can’t picture the heiress to William Randolph Hearst’s publishing fortune being without an apartment in the city, so perhaps something new is in the works. (We know of an old family penthouse on the Westside that’s still available…)

Brian Lewis at Halstead has the $2.3 million listing, which is mysteriously blank.

When we saw the listing photos, we were a tad confused. The pale suede couch, purple pillows and modern leather chairs were all very chic and stylish (of course), but hadn’t Ms. Hearst discussed her plans for a “very antique” and “very much a William Randolph Hearst-style” when she first purchased the 1,104-square-foot 322 West 57th Street pad?

Fortunately, Ms. Hearst’s fiancé, Mr. Hardwick, clarified in a tweet to us that the apartment was staged.

“All of the antique-y furniture was shipped to LA weeks ago!” he tweeted, and added that it looks completely different from when Ms. Hearst lived there, as the two are both apparently quite fond of antiques. 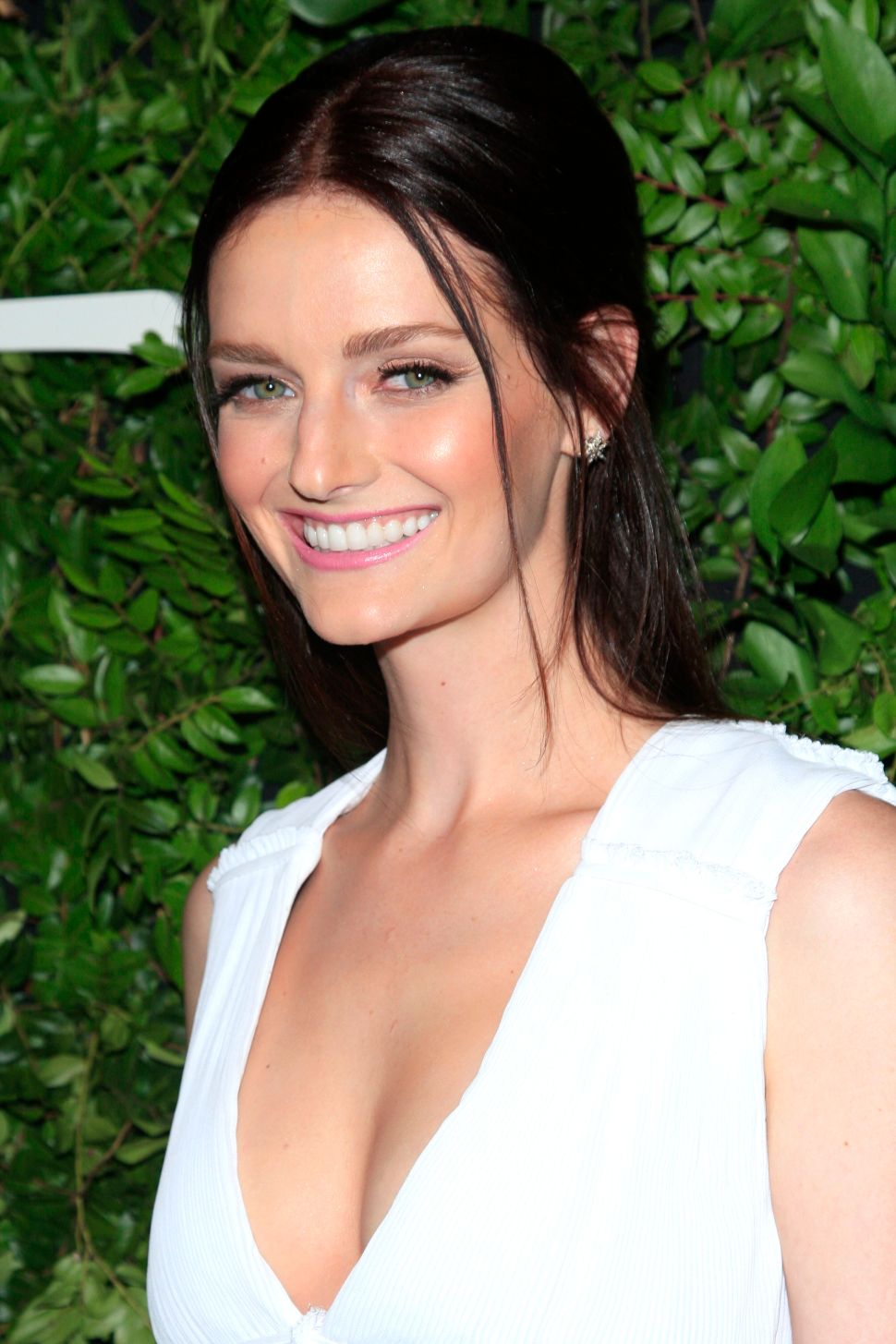