ATLANTIC CITY – At an event at the Irish Pub, Fanwood Mayor Colleen Mahr and former Rutherford Mayor Bernadette McPherson stressed that they both believe that bringing more women into the political spectrum is critical for the future of state government.

“Bernadette and I have been longtime friends so we decided that down here it would be a nice opportunity for us from different parts of the state to allow our friends to come together,” said Mahr who hails from Union County. “I think that we both believe strongly in helping women come up through the political system here so whatever we can do, we are going to do it.”

According to McPherson—who now works as the LD36 Democratic chair in Bergen County—the event, which they have been hosting for six years, is one of the best attended at the League of Municipalities.

“I think this is the only event at the League that is hosted by two women,” McPherson said. “We have women here from all different backgrounds.”

According to Mahr, she and McPherson want to show other women that political involvement does not have to be done at the expense of one’s personal life.

“We are both mothers, I have three boys,” she said. “I think it is important for us to show other women that they can be involved in the political process, they can run for office, they can have a family and they can give back to their community.”

Mahr just got reelected to her fourth term as Fanwood mayor, making her the longest-serving woman mayor in the municipality. When asked if she would consider running for higher office in the future, Mahr said she had not ruled the possibility but said that she was not yet planning anything.

“I just got reelected so I am going to be focusing on doing my local government and politics there,” said Mahr. “But, to be honest with you, I enjoy serving the people so I am always going to be open and looking for an opportunity to serve on another level.”

McPherson, thought she does not currently hold office, said that she, too, would consider running for another position.

“I am enjoying the work I am doing right now but I certainly wouldn’t rule out another run for office,” she said. 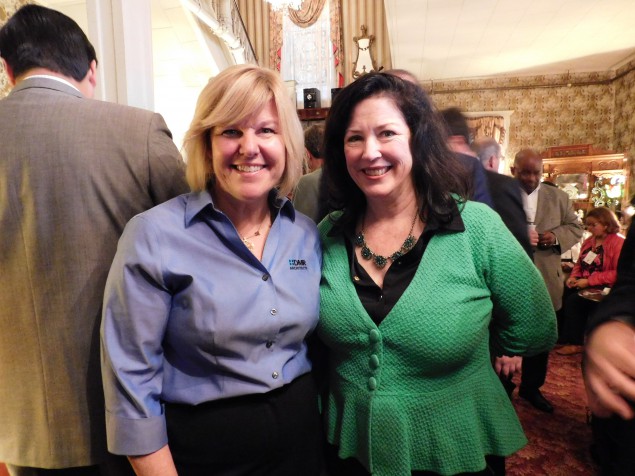