After giving advice to Slate readers for almost a decade, Emily Yoffe decided it was time to “hang up her advice-giving pen.” The Toast’s Mallory Ortberg will replace Ms. Yoffe as Prudence, Slate’s advice columnist, the site’s editor in chief Julia Turner announced today.

“Mallory is one of the most distinctive and exciting writers working today: wise, big-hearted, and devilishly funny,” Ms. Turner wrote. “She is also a devoted Prudie fan, and a close student of the column.”

Ms. Ortberg recently wrote a post called “Signs You Are Going to Write Dear Prudence a Letter.” In an imagined FAQ about her new role, where she mostly reassured readers of The Toast that her new role at Slate does not mean that she is leaving the site that she and Nicole Cliffe co-founded in 2013, Ms. Ortberg anticipated a question about her Dear Prudence post:

Wait, didn’t you JUST write a thing about Dear Prudence like, a month ago? Is that why they gave this to you?

Yes! I did! I do not know if that was something Slate took into consideration. 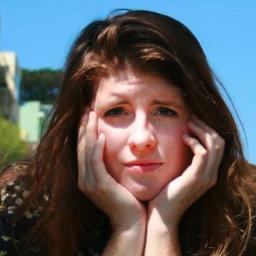