Among her belongings were a tan trenchcoat by Aquascutum, a houndstooth tweed wrap and, of course, her signature classic black leather purses. All epitomize her style: she dressed as conservatively as her blood ran. Though there was one notable exception: her blue velvet wedding dress, in which she looked ravishing, according to this photo via Forbes.

Now, you can own any of the aforementioned, since 350 personal items belonging to the late Iron Lady are hitting the auction block on December 15 at Christie’s.

The collection became available after the Victoria and Albert Museum in London declined to snap it up, The Art Newspaper said. However, the V&A has disputed that claim. 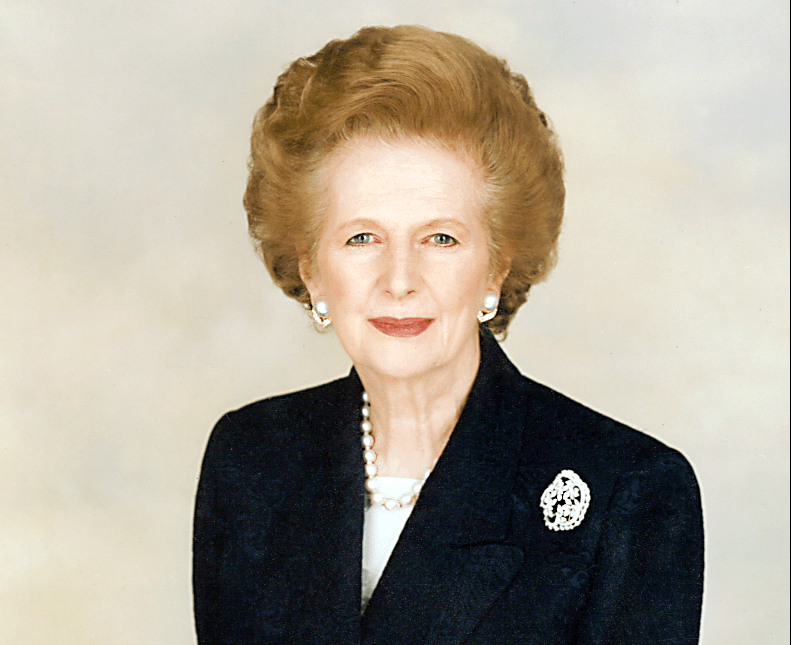