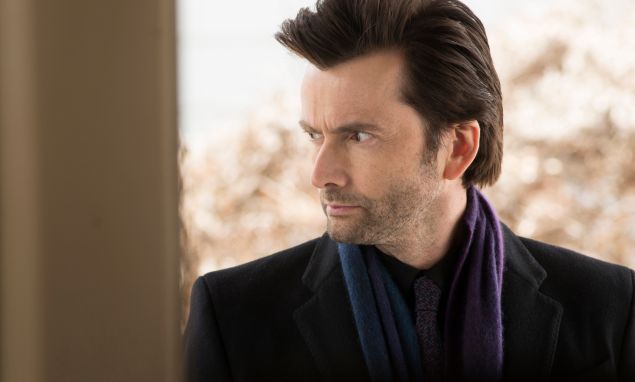 Because the Observer’s own Brady Dale and Vinnie Mancuso were going to skip work today anyway to binge Marvel’s Jessica Jones in its entirety, they decided to review each episode as they go along. Next up, episode three: ‘AKA It’s Called Whiskey.’

Vinnie: So far, I’m really amped to see Jessica Jones is a completely different beast than Daredevil. Yeah, the two shows share a city, and a world and, if I’m not mistaken, a couple street and apartment building shooting locations, but overall Marvel and Netflix aren’t just reheating leftovers.

There’s no better example of the divide between the two shows than the fight scenes. When Matt Murdock put on the ninja outfit and fought crime, it was an intricate, almost beautiful process. He was fluid, and graceful, because when you can’t see your opponents coming you have to make sure you’re always a step ahead.

If you want the perfect visual example of the tonal difference between the two shows and the two characters, picture Daredevil doing a backflip over an entire gang of men with machine guns, then picture Jessica Jones launching a brain-washed housewife over a kitchen counter.

Brady: Meanwhile, their villains are a study in contrasts as well. Ambition’wise, Killgrave is weak sister next Daredevil’s Wilson Fisk. Fisk wanted to re-invent the whole city. Killgrave (as far as we can tell so far, just wants to creep on some ladies.

This guy could walk into a bank and tell them to give him all the money in the vaults. Then, he could order everyone to tell the police it was fine while armored car drives escorted him out of the city. Instead, he’s taking a whole lot of photos of Jessica Jones.

Krysten Ritter is lovely and all, but if were a psychotic with that kind of power, I’d go for mad cash and power first.

Vinnie: On the flip side, I actually like how the ambitions of our Netflix heroes are always pretty small; it always makes things seem more personal, which isn’t an easy task when you’re dealing with superheroes. I mean, when you think about it, Daredevil was protecting like four blocks. Jessica Jones doesn’t want to stop all villains, she just wants to stop one villain. And it’s not even really for that righteous of a reason – it’s because that dude mind-controlled her into murdering the ex-girlfriend of the guy she’s currently boning again and again (and again).

Oh, yeah, that was also a pretty neat twist, with the quick flashes of Reva Connors we kept getting turning out to be Jessica chest-punching her to death, and it all being the same night of the bus accident.

Brady: Can we take a moment to visit the truly twisted way that Jessica went about scoring the anaesthetics that she wanted to get. To revisit: last episode, Jones realized that Killgrave would lose his hold on people if he were put under anaesthesia. So she spends most of this ep trying and failing to secure drugs for surgery.

Here’s how she finally gets them. The creepy incest brother brings Malcolm, Jones’s druggie neighbor, back to his apartment after he mistakenly walked into theirs.

Creepy incest brother explains that his sister really freaked out about Malcolm, in part because he’s a young black male and concludes by saying, “Everyone’s a little racist.”

Jessica hears that and apparently thinks, “Yeah, they are.” So she takes Malcolm into the hospital and makes a scene with him, knowing that people’s inner racism would turn it into a bigger deal than it really was.

And then she slips into a closet and scores the drugs.

By the way, another bit of realism kudos here: she puts on gloves as she rifles through the medical closet committing all kinds of felonies. Don’t you hate it on shows when people steal stuff and don’t even bother to mask their fingerprints?

Vinnie: My main problem with most of that stuff is this — are creepy incenst brother and druggie Malcolm ever going to pay off in any way? Right now, it just seems like the show needed more characters with proper names, and threw in some randos.

Brady: I have faith. After re-watching Daredevil, I came to really be impressed in the way not a moment was wasted. Everything lead somewhere. I have a feeling that there really is more to Malcolm and the creep twins. Hopefully, in fact, their stories bleed into upcoming series, like how the Daredevil’s Madame Gao seemed very much to foreshadow events to come in Iron Fist.

Vinnie: If they do start to play bigger roles, now might be the time because I feel as if Luke Cage’s cold-blooded “do what you gotta’ do” was a way to write him off for a little bit. I mean, dude has his own show coming up, why overload his appearances on Jessica Jones?

Alas, If this episode is in fact the last time we see Cage for a while, I’m just incredibly glad we got at least one “Sweet Christmas” before he left.

Brady: I confess, I totally thought the story arc here would be that Jessica Jones would be the reason he went to jail. Then we’d see him go to jail and get his powers inside on his own show. Incorrect. Anyway, I bet Vinnie is right about him fading out, but I bet he makes like Rosario Dawson’s nurse character on DD. I bet he pops up a few more times to help.

Or to bang. Man did they do a lot of banging at the start of this episode.

Vinnie: I wish we knew how much banging there would be before we picked “Observer conference room” as the place to screen these episodes. For journalism!

Brady: One of the meatier scenes in this episode was the interview that Trish organizes with Hope and her lawyer. This is what moves Killgrave to target Walker, later. The big twist for this interview is that Carrie Anne Moss’s character throws Hope under the bus, referring to her story as a delusion.

It’s a complete asshole move, but I think it was calculated. I think she believes Hope (in fact, she said she wouldn’t take the case if she didn’t believe Jones about Killgrave). I think the game she’s playing is trying to convince Jones to take the witness stand.

Vinnie: It’s always been a pet-peeve of mine that anyone living inside a comic book universe would be skeptical of, well, anything. “Oh, yeah, we remember two years ago when that wormhole to another dimension opened up above our city…but a guy that can control minds? Please.” Therefore, no matter what Hogarth’s intentions were, Trish calling her out on that very fact immediately made her my favorite character on this show.

Brady: One really clever piece of writing, I thought, came in the way Jones dealt with the cop she finds trying to kill her best friend. Yes, it was stupid that Trish Walker let the cop inside her house, when obviously there was some shady stuff headed her way. On the other hand, Jones quick thinking after she saves Walker’s life was amazing.

She takes some of the anaesthetic that she scored from her pocket and doses Trish with it. That convinces the cop that she’s dead. So then the cop leaves, and Jones slips a cell phone with a tracking app loaded onto it into his pocket.

All of this actually does make sense. You can believe that someone totally brainwashed wouldn’t be self-aware enough to get suspicious in that moment. It was all very elegantly done, giving this show a level of great brutal fights, but also the kind of clever in the moment scheming you love in heist and cop movies.

Vinnie: I am nothing if not a sucker for a clever set-piece too, and Jones chasing Kilgrave down the apartment building was entertaining as all hell. Because with all these regular people trying to stop Jones, you know Kilgrave just ran past them and was like “don’t let her follow me!” and they had to obey. Jessica Jones is doing really fun things with an age-old villain-power like mind control, and Sweet Christmas I’m enjoying it. 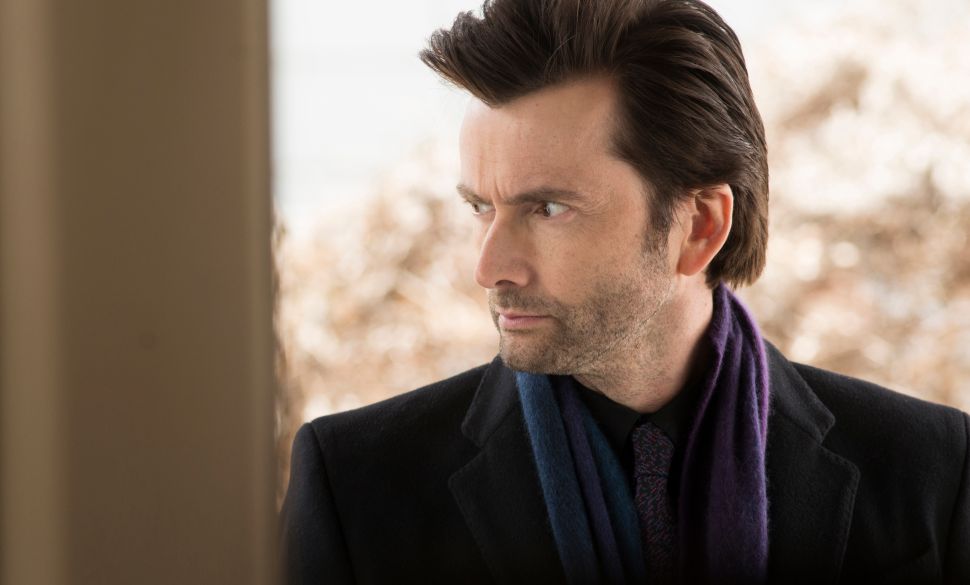