Eternally perky Canadian pop singer Carly Rae Jepsen burst onto the scene in 2011 with the aggravatingly catchy single “Call Me Maybe.” ­­(A quick primer for those who have somehow managed to escape this particular earworm: “Hey, I just met you/And this is crazy/But here’s my number/So call me maybe.”)

At the time, Jepsen seemed to cement herself as just another one-hit wonder, held aloft for a brief time by the Internet before everyone got bored and moved onto something else.But, as it turns out, appearances are deceiving.

Earlier this year, Jepsen released her third studio album, Emotion, a stunning follow-up to Kiss, the album that spawned “Maybe.”

Carly Rae Jepsen’s confidence in recreating the sensibility of mall-pop artists like Tiffany establishes her as much more than a meme.

I can’t have been alone in not expecting much from Jepsen—and, to be sure, Emotion’s lead single, “I Really Like You,” with its borderline-irritating chorus, suggested she was doubling down on wooing the digerati—but, astonishingly, Jepsen delivered a sleek, sexy, smart riff on ’80s pop, a record as comfortable in the Spotify era as it would’ve been at the dawn of the compact disc. (Jepsen performs Wednesday at Irving Plaza.)

Jepsen isn’t the only pop artist relentlessly strip-mining the “Me Decade” for inspiration—Taylor Swift, Demi Lovato, Selena Gomez, La Roux and Tobias Jesso Jr., among many others are finding influences large and small in the sounds of the 1980s—but Jepsen is the act most convincingly recreating the feel of Morning in America.

It helps that Jepsen, born in 1985, actually lived through some of the decade she’s trying to evoke. (Swift was famously born in 1989, meaning she came of age during the rise of Britney Spears, Christina Aguilera, et al, rather than 15 years earlier.) Granted, Jepsen probably wasn’t soaking up everything right off the bat, but the synth-driven music of the 1980s had a long tail, curling into the early part of the 1990s, until just before grunge exploded and reshaped the mainstream.

For example, Janet Jackson’s “Escapade,” Roxette’s “It Must Have Been Love,” and Paula Abdul’s “Opposites Attract” all topped the Billboard Hot 100 chart in early 1990, so it stands to reason Jepsen was, if only indirectly, soaking up the specific style and mood of most 1980s pop.

Emotion’s confidence at recreating the sensibility of mall-pop artists like Tiffany (the one-two punch of “Gimmie Love” and “All That” is breathtaking in its fidelity to soft-focus MTV clips) establishes Jepsen as more than a meme.

Critics, few of whom could be found waxing enthusiastic about “Maybe,” have been unstinting in their praise of Emotion. (Consumers were somewhat less excited: Emotion sold a mere 16,153 units in its first week of release.) “Emotion is as solid and spotless a pop album as you’re likely to hear this year, the result of several years working alongside a storied list of contributors,” wrote Pitchfork, in a review typical of the acclaim thrust upon the record. The Pitchfork assessment notes “more than 200 tracks” were written for the album.

Clearly, Jepsen knew what was at stake—The New York Times points out that, despite the ubiquity of “Maybe,” the album housing it, Kiss, sold less than 300,000 copies—and set about building the perfect beast. While enlisting A-list talent like Ariel Rechtshaid, Sia, Shellback and Devonte Hynes bolsters Jepsen’s chances of being taken seriously, there’s something else at work throughout Emotion.

It’s most vivid during “L.A. Hallucinations,” which contains, for my money, the most delightfully self-aware pop lyric in 2015: “Buzzfeed buzzards and TMZ crows/What can I say that you don’t already know?”

Reducing life in the ’10s spotlight to such a knowing line sends you back through Emotion once again, sifting through the songs to see if, just maybe, Jepsen was working on a different level throughout. Indeed, there’s a brooding quality to even the bubbliest tracks on Emotion—“I feel like I could die walking up to the room,” she sings on “I Really Like You”; “I’ll be your sinner, in secret/When the lights go out,” goes a risqué line on “Run Away With Me”—revealing the frustrating tightrope Jepsen must continue to walk.

Nominally a pop star intended to appeal to young listeners, Jepsen is somewhat straitjacketed by her previous successes. If she pushes too far into adult territory, she risks alienating a sizable chunk of her audience (i.e. moms who listen closely, and change the station, aghast at what they’ve just heard). But Jepsen wears this particular style of pop so well it seems a shame she might not be able to further explore it. Critical acclaim is desirable—hey, Carly Rae Jepsen, we really, really, really, really, really, really like you—but, as always, commerce trumps art.

Unless audiences respond in kind, Jepsen’s foray into the ’80s—and maybe her career?—will be like so much else from the decade: a memory. 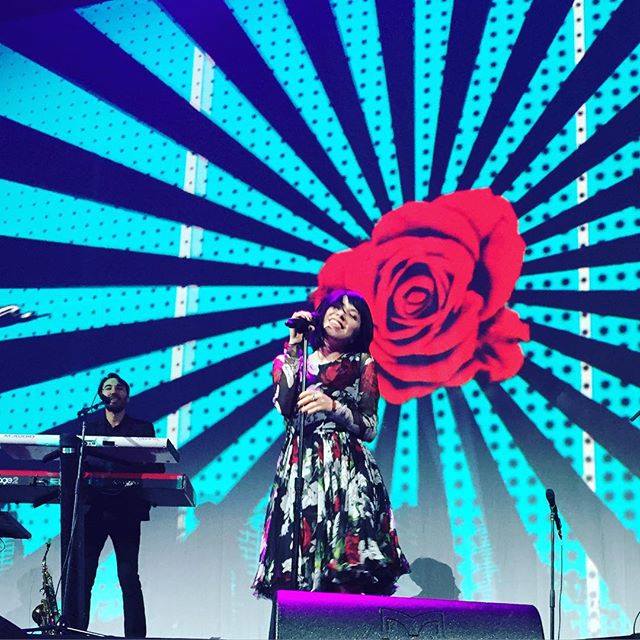