Emilia Clarke (otherwise known as the Mother of Dragons) has just snagged an impressive gig: She’s the new face of Dior Fine Jewelry. Additionally, this marks the first time she has modeled for a luxury label.

For this monumental photo shoot, the Game of Thrones star shows off the new Rose des Vents collection. Fashioned from long and short chains in yellow and rose gold, the lithe lines of these baubles are interrupted by diamonds, mother-of-pearl and pink opal. Paired with a simple black turtleneck and an unbuttoned white shirt, the simplicity of these ads allows the vibrant jewels to take center stage. And although the brand recently lost their talented creative director, Raf Simons, these images still show his lasting clean touch at Dior.

According to Victoire de Castellane, the creative director of Dior Joaillerie, this Rose des Vents collection is a metaphor for creation. “Creating is about searching, turning things over, and then finding ones cardinal point and setting off on a journey. Creation is the product of a stationary voyage,” she explained in a press release.

While GOT fans are waiting impatiently for the sixth season premiere this spring, they will have a chance to catch Ms. Clarke starring in the film Me Before You, an adaptation of the tome by Jojo Moyes. With these projects in the works, we have no doubt that the actress don at least one or two Dior frocks for some forthcoming red carpet appearances. 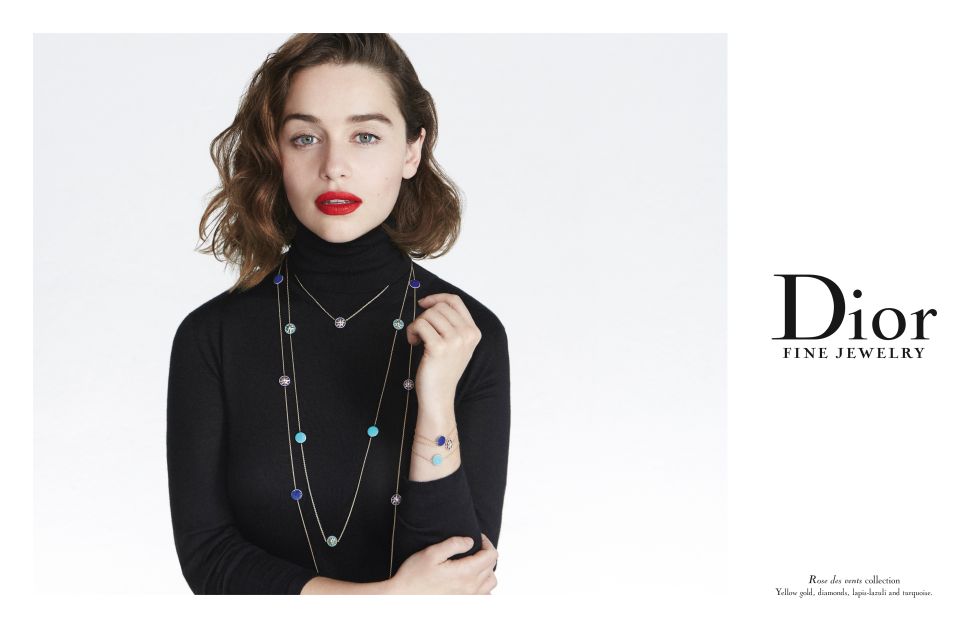