“Why Aren’t You Here” has a jaunty Bo Diddley-ish beat and a light nouveau-country feel, but the words bear anguish behind them. “Look who’s wide awake at 3 a.m.,” Mr. Sudano sings in his plaintive tenor, “talking to the walls and himself again/Peering into darkness, watching shadows creep/Turns on the light, has a puff/Surprised to find that he’s in love/Thinks of you and wonders where you are.”

‘Why am I still here? What am I supposed to do now? How can I live like this? Should I, and could I, ever love someone else again?’

On the face of it, this is pretty clear-cut stuff; another troubled relationship, maybe unrequited, maybe broken. But when the lines about turning on the light and having a puff return later in the song, there’s one small but important change: the personal pronoun. Now Mr. Sudano sings, “Surprised to find that she’s in love/Thinks of you and wonders where you are.” Apparently, things are more complicated than we thought. Is this a triangle? What gives?

Nursing some juice at a Midtown café on a recent afternoon, the 67-year-old Mr. Sudano confirms what the song, and by extension the rest of the disc, is about. “My last CD [2014’s With Angels on a Carousel] chronicled what I was going through when my wife was sick,” the Brooklyn-born singer/songwriter/guitarist says. “The songs on this record reflect the aftermath. I’m asking myself, ‘Why am I still here? What am I supposed to do now? How can I live like this? Should I, and could I, ever love someone else again?’ One day I found that the answer to that last question was yes. So these songs are both to Donna and to the new love, and dealing with that whole dynamic. I’ve always been a melancholy writer type who thought I liked being alone, but I found there’s a difference between being alone when you need to be and being alone always.”

The “Donna” Mr. Sudano is speaking of was not only his wife for more than 30 years, but also one of the great pop singers of the 20th century, a woman whose voice defined an era: Donna Summer. Unbeknownst to all but her immediate family, she spent the last years of her life battling lung cancer, which claimed her in 2012, at age 63. “We didn’t tell anyone,” Mr. Sudano says. “Best friends didn’t know. Which was her desire. She didn’t want a circus around her.” During the 45 minutes of this interview, Mr. Sudano mentions his wife frequently, but only rarely by name. It’s almost as if he wants to help her maintain her treasured privacy even in death.

‘I’ve always been a melancholy writer type who thought I liked being alone, but I found there’s a difference between being alone when you need to be and being alone always.’

Mr. Sudano helped Summer through her illness just as he’d helped her raise three children and pursue her career; at various times following their 1980 marriage, he’d been her manager, producer, co-writer and touring band leader. All this work necessarily put Mr. Sudano’s own artistic inclinations on the back burner and those inclinations were sizable. He’d had big hits in the 1970s as a member of the bands Alive N Kickin’ and Brooklyn Dreams (with whom he appeared in the ’78 Alan Freed biopic American Hot Wax, alongside Fran Drescher, Laraine Newman and Jay Leno). He was also a successful songwriter, with credits including Summer’s “Bad Girls,” Dolly Parton’s “Starting Over Again” (later covered by Reba McEntire), and Michael and Jermaine Jackson’s “Tell Me I’m Not Dreamin’.”

Shortly after marrying Summer, Mr. Sudano recorded his first solo album, The Fugitive Kind, but as he explains, “It quickly became apparent that I couldn’t be a solo guy and deal with her career and have the family, so the solo thing went away.” It would be more than 20 years before he’d make another record under his own name.

“After our youngest daughter graduated college, Donna was like, ‘O.K., you can do you now,’ ” Mr. Sudano recalls. “But I hadn’t played live on my own in a long time. I mean, I went to St. John’s and got a degree in theater, so I don’t mind being onstage. The singing was the scary part for me. I’d always been surrounded by great singers, and I’d had the luxury of writing for them. But writing for other people was different. I was really afraid.”

“Touring with my wife was no longer possible, and I instinctively knew I had to keep on walking,” he says. “I wasn’t going to drown. And­—this was a revelation moment—after my first couple of solo shows, I saw a videotape of one of them. Looking at the video, I looked completely at ease, I sounded fine, the band rocked, and I was like, ‘Wow,’ because I knew what was going on my head at the same time that was happening. All that inner insanity—‘How’s my pitch? What’s the lyric? Is the bass too loud? Do I have the chord right?’—was not obvious at all. Once I saw that, I knew I was going to be O.K. And now that I’ve finally got the balls to go out there on my own, I’m able to see different aspects of who I am. It’s kind of wild to be here at this point in my life, but it’s cool.”

That sense of confidence has carried over to The Burbank Sessions, which was recorded completely live in a California studio with a four-piece group. Given a batch of originals that combine elements of reggae, rock, jazz and folk—one track, “September in Your Eyes,” is strongly reminiscent of Bob Dylan’s “Not Dark Yet”—the band takes its time, not afraid to stretch out and explore. You can hear the sound of a veteran artist gladly re-engaging with something he’d missed: the simple but profound joy that great musicians generate when they get together in the same room and start playing. “I like things to be spontaneous and in the moment,” Mr. Sudano acknowledges. “The essence of being in a band is to listen.”

Mr. Sudano’s in town today for a documentary film shoot about Dion, whom he hails as a major influence and “one of the original singer-songwriter guys, before there was even a concept of that.” In a few hours, he’ll be off to the airport to start a European tour. It’s been many a year since he’s lived in New York full-time, but he reckons he’ll be back for more shows in the spring. And in any case, he never leaves for long. “My group was Brooklyn Dreams and I named my first daughter Brooklyn, O.K.?” he says with a smile. “To me, New York is an inspiration. It’s a place where you can be who you are.” 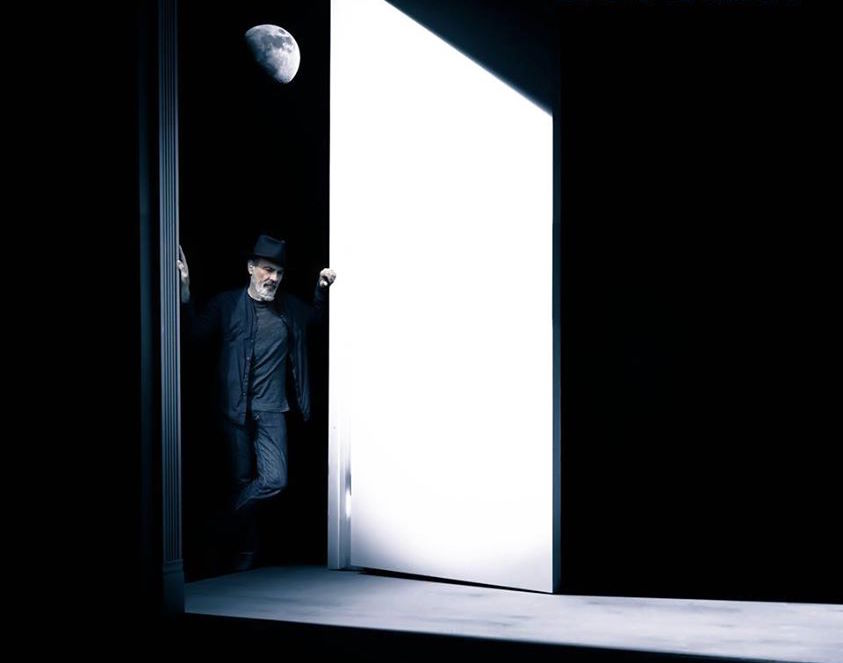