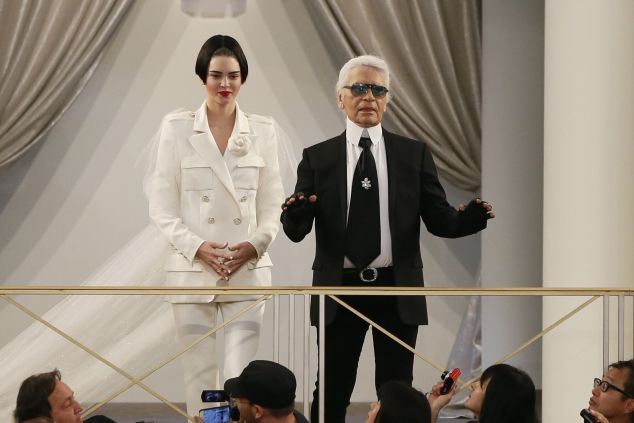 To put it frankly, Karl Lagerfeld isn’t an idle man. He is the creative director at two major international brands: Chanel and Fendi. He is also the chief director at his eponymous range. All three labels produce at least half a dozen collections each year and additionally, he is often hired as a photographer, by various glossies and also by the brands that employ him for his design services.

In his spare time, Mr. Lagerfeld tends to his rather famous feline, Choupette. Oh, and his likeness was recently added to the cast of Kim Kardashian’s smartphone game.

So when we received news that the British Fashion Council was honoring Mr. Lagerfeld with the Outstanding Achievement Award, it came as no surprise.

The German designer will scoop up his trophy on November 23 at the British Fashion Awards, held at London’s Coliseum. He joins the ranks of Anna Wintour and Manolo Blahnik, who have also been celebrated with this honor.

Mr. Lagerfeld has spent nearly 50 years designing clothing, having worked for brands such as Chloé and Balmain in his early years. He has been instilled at the Chanel maison since 1982 and was tasked with reviving the iconic brand. At the time he joined, the brand had lost much of the charm that Coco Chanel had founded it with. Since then, he has quite lavishly revived the reputation of Chanel, with its signature tweeds and interlocking C’s firmly in place.

“Karl Lagerfeld defines outstanding. He is the champion of excellence, the master of the exceptional and one of the most iconic figures globally from our industry,” said Natalie Massenet, Chairman of the BFC, in a statement. She added: “He is the ultimate visionary and we celebrate not only the decades already passed but those yet to happen. In Karl’s hands the future of fashion will be an exceptional one.”

We’re just excited to see how many muses Mr. Lagerfeld shows up with at the award ceremony. Hopefully Cara Delevingne and Kendall Jenner make an appearance, and we’d bet on a Chanel 2.55 bag that Brad and Hudson Kroenig will be there, too. 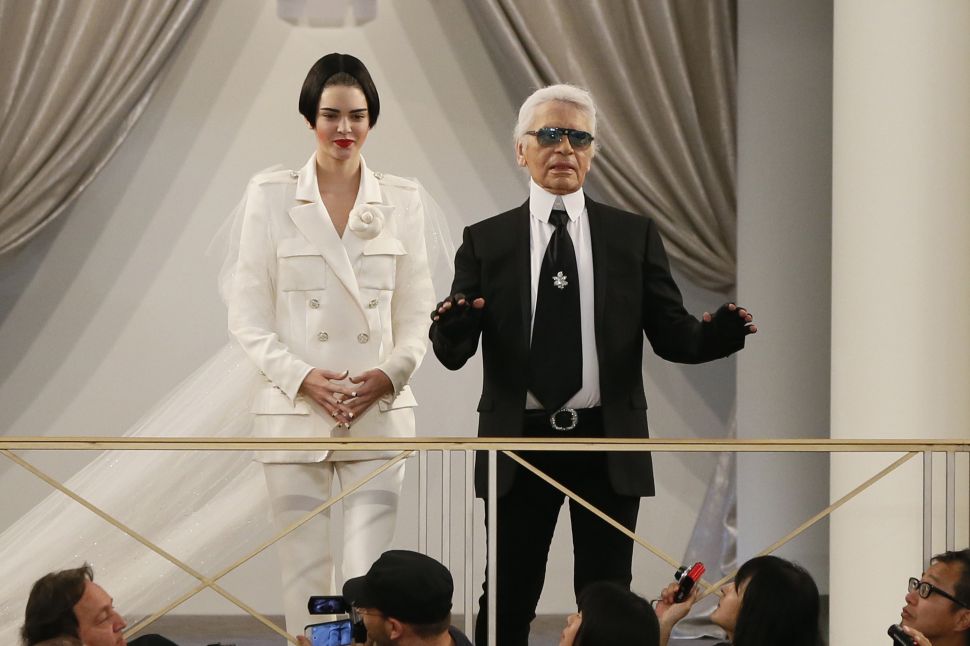