If yoga brings to mind granola crunching hippies in Birkenstocks “om”-ing in the wilderness, it’s time to reimagine the the boutique fitness craze. Yoga is the ideal post-work workout, because there’s always a class, no matter where you happen to be in the city. There’s no need to carry sneakers that could dirty your all-purpose tote; simply arrive at a nearby studio and prepare to de-stress naturally, no happy hour drinks needed.

Whether you’re a neophyte or a seasoned yogi, class descriptions can be vague, and suddenly you’ve signed up for something entirely out of your comfort range. With the emergence of subscription services like ClassPass, New Yorkers can accidentally access classes better suited for circus performers. Not even miles logged at your local SoulCycle can prepare you mentally and physically for these yoga classes, assessed by difficulty (and discomfort) level.

1. Restorative Yoga: Recover from a particularly raucous weekend with restorative yoga, all about stillness and breathing. It’s the only exercise class that encourages practitioners to embrace nap time, a luxury usually reserved for pre-schoolers and college kids. Think child’s pose as the main event and you’ll be ready. Say namaste at Laughing Lotus with restorative flow.

2. Silent Disco Yoga: In recent years, silent discos have become the rage at music festivals and morning raves. For those who haven’t been to Coachella in years, a Sound Off Experience silent disco occurs when hipsters gather in silence while dancing wildly to the latest EDM beats pumped in through their headphones. Silent Disco + Yoga introduces sun salutations. Wireless headphones block out everyone’s heavy breathing, so you can focus on your instructor’s voice and find your zen in a room full of people.

3. Hot Yoga: Yoga to the People’s hot yoga is omnipresent, but that doesn’t make it any less painful for unassuming beginners suddenly thrust into saunas and expected to embrace their inner “om.” The heat is meant to loosen up muscles while yogis discover their flexibility. Many times, classes won’t divulge whether they’re hot, because they don’t have the same heat requirements as bikram. Hot yoga means that the studio is heated to about 90 degrees, which can offer an escape from arctic tundras. You’ll be begging for snow when your mat starts to feel like a slip and slide.

4. Hot Hip Hop Yoga: At Y7, a boutique known for hip hop and heaters, prepare for “sweat dripping, beat bumping, candlelit” yoga. With studios in Soho, Flatiron and Williamsburg, it’s impossibly hip and incredibly loud, with playlists featuring artists like Miguel and Beyoncé. Envision SoulCycle’s nightclub vibes, only flow focused. Unfortunately, there’s no hip hop dance moves involved. You’ll have to search out an actual club for twerking, or head to a particularly intense Zumba session. If you are a beginner, Y7 is the perfect place to hide because it’s almost pitch black. Be warned: when they tell you to “flow” and you don’t know the difference between downward dog and warrior pose, it can be confusing. Bring at least a liter of with you, along with a towel and prepare to head directly home so no one can see your sweat-soaked face.

5. Aqua Yoga: Aquatic yoga at the Manhattan JCC makes the practice accessible for everyone, as long as they’re willing to deep dive into poses. It’s easier on the joints and promises a “nurturing environment,” so think child’s pose, only in the womb. There’s less impact on knees and hips, so folks who can’t balance can fake it underwater.

7. Cat Yoga: There’s doga for dog lovers, but if you’re more of a cat lady feel free to try the Yoga and Kitties class at Meow Parlour, New York’s very own cat cafe. Those with allergies will want to skip this class that’s divided into half cuddle session, half Vinyasa flow.

8. Foot Yoga: Walking in heels is a horror. It’s almost a guarantee that the more beautiful the shoe is, the more painful it will be. Whether you’re dedicated to Valentino or Ferragamo, the only respite is slipping them off before bed or a pedicure. Yamuna Zake, a self-proclaimed visionary, offers classes worldwide. Ms. Zake believes that it’s possible to change bodies and in particular, feet, through the art of alignment. She uses her own methods to help women live a pain-free life, especially when that life involves the highest of heels.

9. Aerial Yoga: For this acrobatic lesson that prepares you for Barnum & Bailey, you’ll need to venture across the bridge to Brooklyn. In the heart of downtown you’ll find Yoga Pole Studios, which promises to “take your yoga to new heights.” And boy, does it deliver. If you are afraid of heights, hard pass on this class, where you climb into hula hoop structures and channel your inner contortionist. While it’s “open to all levels (including absolute beginners!)” if your body doesn’t move like P!nk performing, avoid the potential back pain. It’s a favorite of celebrities, mostly for the social media potential it presents. It’s worth it for the Instagram likes, as long as you don’t mind injuring your body and/or pride.

10. Yoga Pole: When you visit Yoga Pole Studios for an aerial class, why not make it a double feature? If yoga inversions are where you shine, this class allows you to flail around upside down for an hour. The inverted postures “increase your spinal strength, bone density, posture and self confidence.” That is, as long as you don’t fall on your face, which would destroy anyone’s self confidence.

11. Adele Yoga: Say hello from the other side of an inversion with this class, where you lose weight from tears, not sweat. Banana Skirt Productions, a ClassPass favorite at Pearl Studios that teaches choreography to music from Drake and Justin Bieber, is now offering an ode to Adele. For those who have been through a recent break up, it’s the ultimate revenge workout. 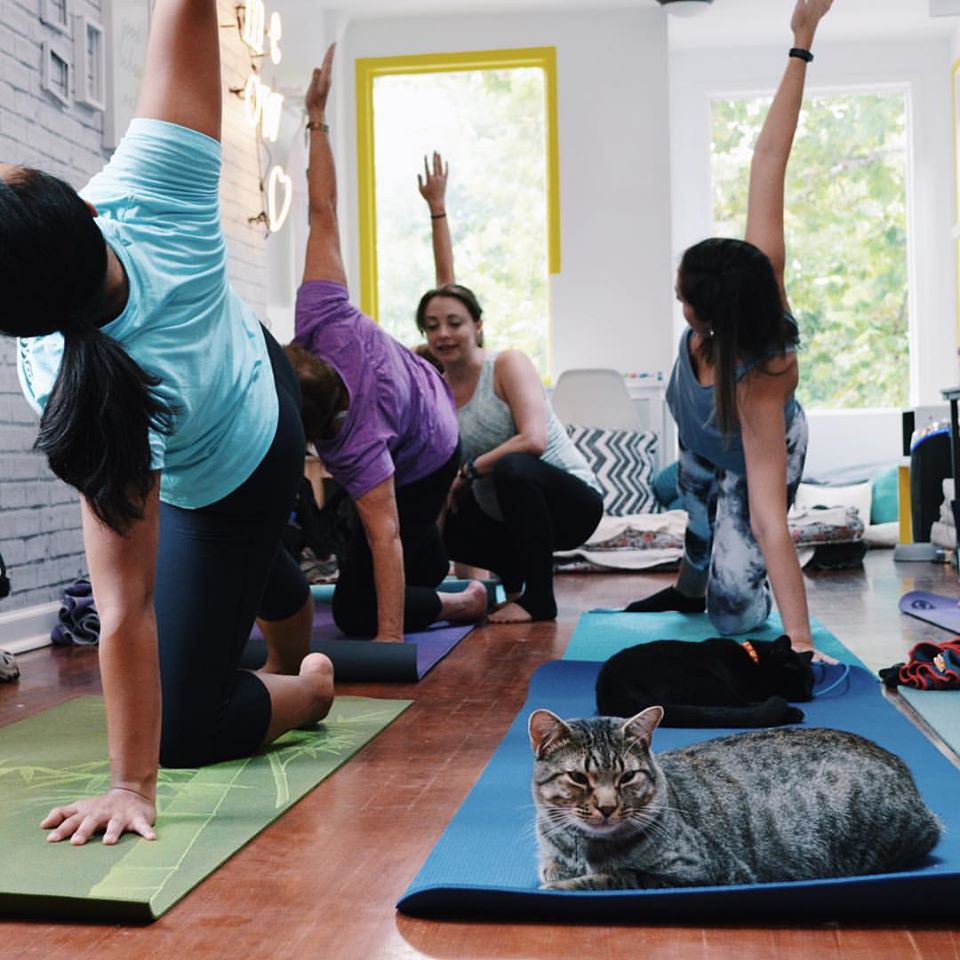