It’s not easy to find a movie where two respected Academy Award winners give the worst performances of their careers in a bomb as deadly as this one, but Secret in Their Eyes fits the bill without debate. In this unnecessary, unwanted, ill-advised and dismally directed American remake of a film from Argentina that won the foreign-film Oscar in 2010, Julia Roberts and Nicole Kidman display such little charisma that they don’t seem to have even been introduced before someone yelled “Action!” The original was a thriller. This one is a yawn a minute.

The awkwardly written script by director Billy Ray, who does not appear to remember much about filmmaking since Captain Phillips, seesaws incoherently between today and the unsolved murder in 2002 of the teenaged daughter of a Los Angeles cop named Jess, played like a hollow-eyed zombie by Julia Roberts. Her friends in the district attorney’s office back in the day when her kid’s body was found in a dumpster next to a Muslim mosque were ambitious newcomer Claire (Nicole Kidman) and aggressive counter-terrorism investigator Ray (Chiwetel Ejiofor, from 12 Years a Slave). The case is all but forgotten, but Ray, who works in security for the New York Mets, pays a surprise visit to his old pals in L.A. to inform Jess, driven to the brink of madness by her obsession, he has found her daughter’s killer after 13 years. Claire, now the married L.A. district attorney, still carries a torch for Ray, although the film is blurry about their past and there is nothing to suggest any rapport in the present. Nobody believes Ray, including Jess, and the movie shifts back and forth between 2015 and 2002 trying to explain why.

The entire movie is told in a series of 13-year cuts that are so incoherent the only way you can tell where you are in time is the color of Ray’s sideburns. If his temples are gray and the other guys on the case are bald, it’s 2015. Jess looks like hell throughout and Claire never changes. To distract you from the fact that nothing is going on in Secret in Their Eyes except bad acting, the script drones on about clues hidden in comic books, Ray’s passion for Claire, Claire’s indifference to Ray, Jess’ cynicism about everything, a corrupt D.A. (a wasted Alfred Molina) who jeopardizes the case and drives Ray to quit his job, a bungled attempt to tie in the cold murder case with the terrorism paranoia that gripped the country after 9/11 and a chase through Dodger Stadium that struggles in vain to wake up a film that was dead on arrival.

The ending, which explains why Jess refused to accept the identity of the murderer after 13 years (she knew otherwise) is supposed to be a shocker, but since the intervening years are so muddy and interchangeable, the intended suspense of what really happened is both superficial and unconvincing. By the end of Secret in Their Eyes, the only secret is how anyone stayed awake for one hour and 51 minutes without a nap. 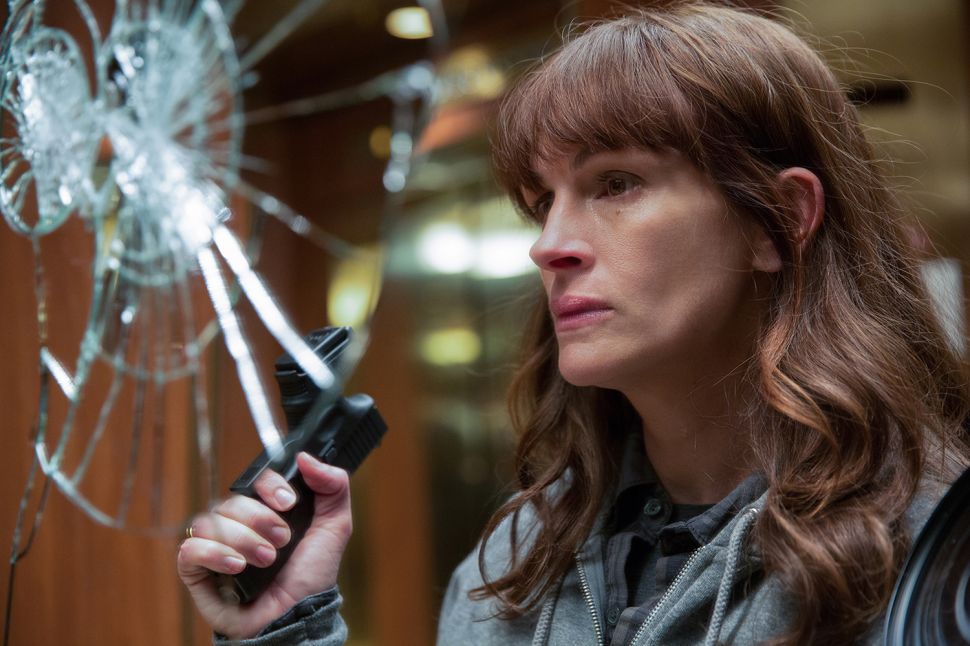