[youtube https://www.youtube.com/watch?v=El0iBdnWjnk%5D
After five hosts, 24 years, and a full-on reboot E! has cancelled The Soup, the network’s long-standing satirical news and clip show. Rumors of the show’s demise have floated around for years, as the show’s formerly unknown host Joel McHale exploded into the mainstream, starring in six seasons of NBC’s Community, hosting the ESPYS, and performing at the the White House Correspondent Dinner in 2014.

Said E!’s Executive VP of Programming and Development Jeff Olde in a statement:

“We are incredibly proud of the long-running success of The Soup. [The show] has delivered countless laughs and unforgettable episodes, and we are grateful to the talented team’s fearless wit and clever approach week after week. Joel took the show to new heights for more than a decade, and his irreverent humor and unique brand of comedy as captured so perfectly on The Soup will be missed.”

The show originally aired from 1991 to 2002 under the name Talk Soup, a time that saw five different hosts come and go. Some would go on to become Academy Award nominees (Greg Kinnear), some star in the modern masterpiece that is FX’s Archer (Aisha Tyler), and one went on to be that dude from Wipeout (John Henson). But it was Mr. McHale that took the show to its greatest heights, after E! revived it as The Soup in 2004. Mr. McHale hosted for all twelve years following the revamp, where the series never quite reached the massive ratings of its channel-mate Keeping Up With The Kardashians, but did remain a fixture in the cultural conversation for effortlessly skewering all things pop-culture, but mostly channel-mate Keeping Up With The Kardashians.

The final episode of The Soup will air December 18, 2015. Afterward, I understand Mr. McHale is set to appear in the sequel to a little-known sci-fi show from the 90s called The X-Files, which I hear is quite good.

(Via The Hollywood Reporter) 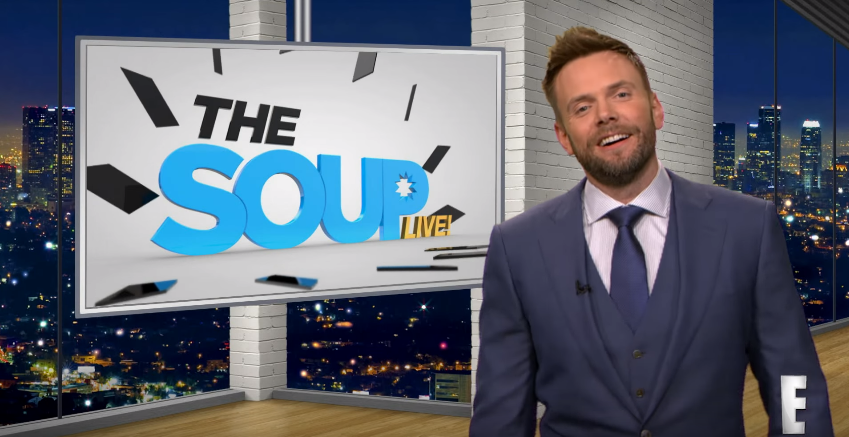