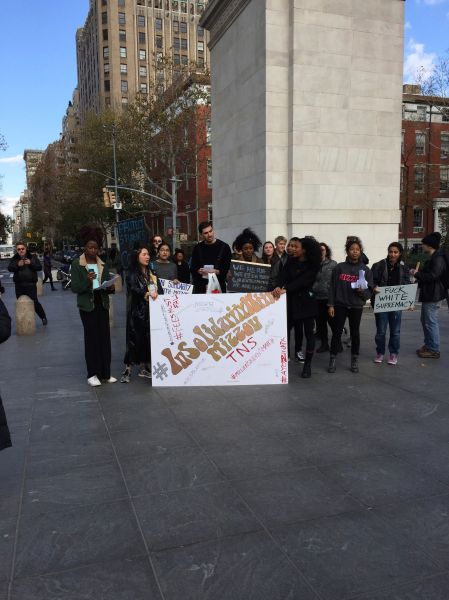 The students who led the #InSolidarityWithMizzou event on Friday November 13. (Photo: Amanda Manning for Observer)

At precisely 1:30 p.m. on Friday afternoon college students marched in under the Washington Square Park Arch, chanting “we have nothing to lose but our chains,” a quote from activist Assata Shakur. Students from The New School created the #InSolidarityWithMizzou Facebook event that invited college students city-wide to stand in solidarity with the students at The University of Missouri.

According to The University of Missouri’s student newspaper The Maneater, at least 100 universities around the country have held similar events showing their support for Mizzou students.

These protests come after racially charged events that have recently occurred at The University of Missouri, including threats towards black students on the anonymous app Yik Yak that eventually led to an arrest. Missouri students have been protesting even before their semester began, but more recently students there took part in a hunger strike and around 30 football players refused to participate in team activities. Amid the tensions and unrest, the university’s president Timothy M. Wolfe and Chancellor R. Bowen Loftin announced their resignations on November 9.

Students from New York University, The New School, Pace and various other New Yorkers were present at the solidarity event on Friday. Rikki Byrd, a Mizzou alum who currently attends graduate school at Parsons helped organized Friday’s event. “Racism was as real then as it is now,” Ms. Byrd said.

During the event, multiple people held flyers that said #concernedstudentNOW. This is in reference to the activism group #concernedstudent1950, which refers to the first year black students were admitted to the university. Students took turns reading aloud the history of racism at Mizzou and the list of demands that Mizzou students have for the administration. 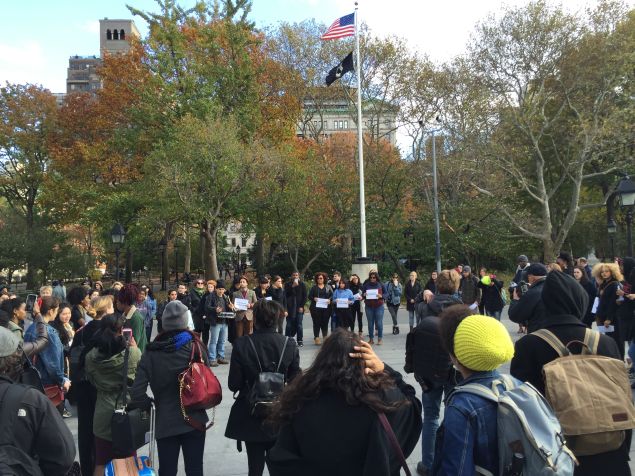 Students gather in a circle on Friday afternoon during #InSolidarityWithMizzou (Photo: Amanda Manning for Observer)

“Planned in less than 48 hours, the utilization of Washington Square Park, a public space, to express our private experiences with very real issues that need to be tackled was truly inspiring,” said one of the organizers of the event, Djali Brown-Cepeda on the event’s Facebook page.

Inside the circle, individual students shared their concerns of injustice and institutional racism. As of Friday, almost 300 students had signed a letter of solidarity that will be sent to the University of Missouri.

“I think it’s important that students came together today because it shows solidarity and also process,” Barbara Byrd, a Junior at The New School said. “That we as Black students and students of color are not the only one who want change and we cannot do it by ourselves.” 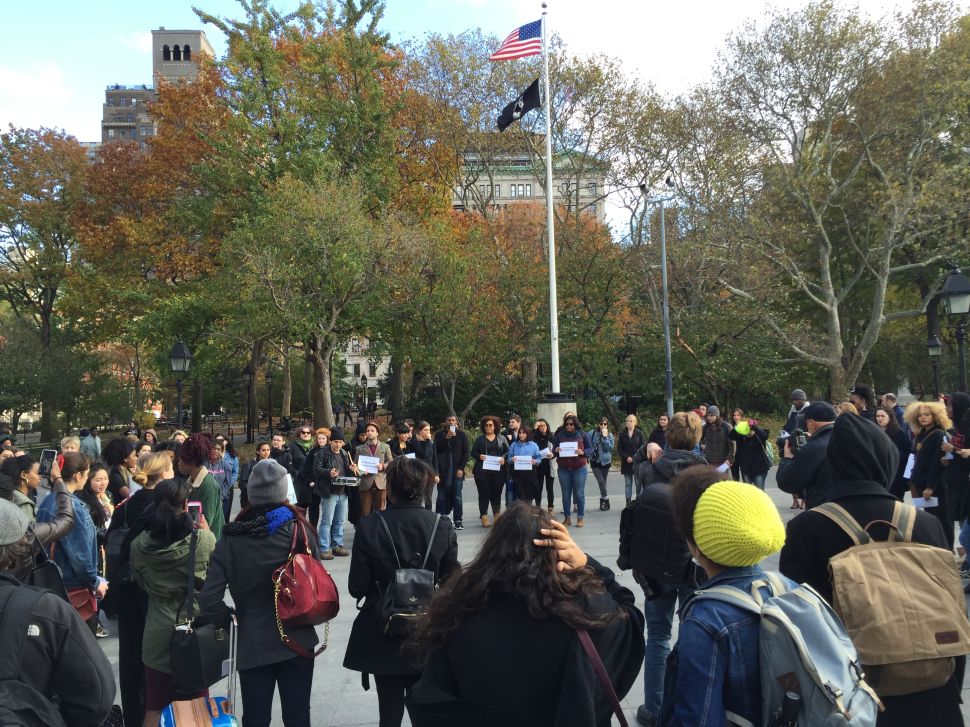