Shortly before the Islamic State was blamed for a stunning series of terrorist attacks that killed more than 100 people in Paris on Friday, a New York City congressman warned that Islamic terrorists could target the five boroughs next.

Congressman Daniel Donovan, a Republican representing Staten Island and parts of Brooklyn, said “Islamic terrorism continues to threaten free people across the civilized world,” and cautioned that New Yorkers “must not be naïve about their desire to attack America.”

“We are targeted because of the ideals we embody — freedom of religion, of press, of lifestyle,” he said. “We cannot and should not back down in the face of such hateful radicalism.”

“We stand united with our allies to eradicate this evil,” he added.

Mr. Donovan, who sits on the House Committee on Homeland Security, appeared to be one of the first, if not only, New York City politicians to finger Islamic terrorism as a cause for the startling shootings, explosions and hostage-taking in Paris. When Mr. Donovan released his statement, the attackers’ names are not yet known, but some witnesses described militants shouting “God is great” in Arabic before opening fire, according to the New York Times. On Saturday, President Francois Hollande of France declared that ISIS was to blame for the attacks. (The identity of the attackers is not yet known, and Mr. Hollande’s claim has not been independently verified.)

Most other elected officials in Democrat-dominated New York chose not to identify an immediate culprit for the Paris attacks. Mayor Bill de Blasio said in a statement shortly after the attacks that he was “heartbroken” by the “thoughtless acts of violence.”

“We stand in solidarity with the residents of Paris and with [Paris] Mayor [Ann] Hidalgo during this tragic time,” he added. 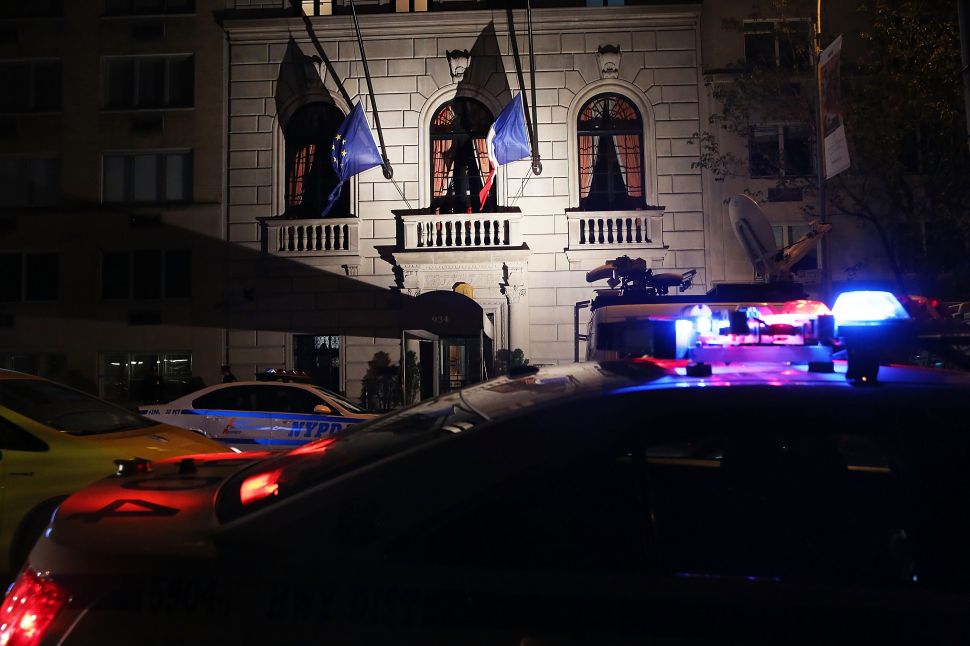